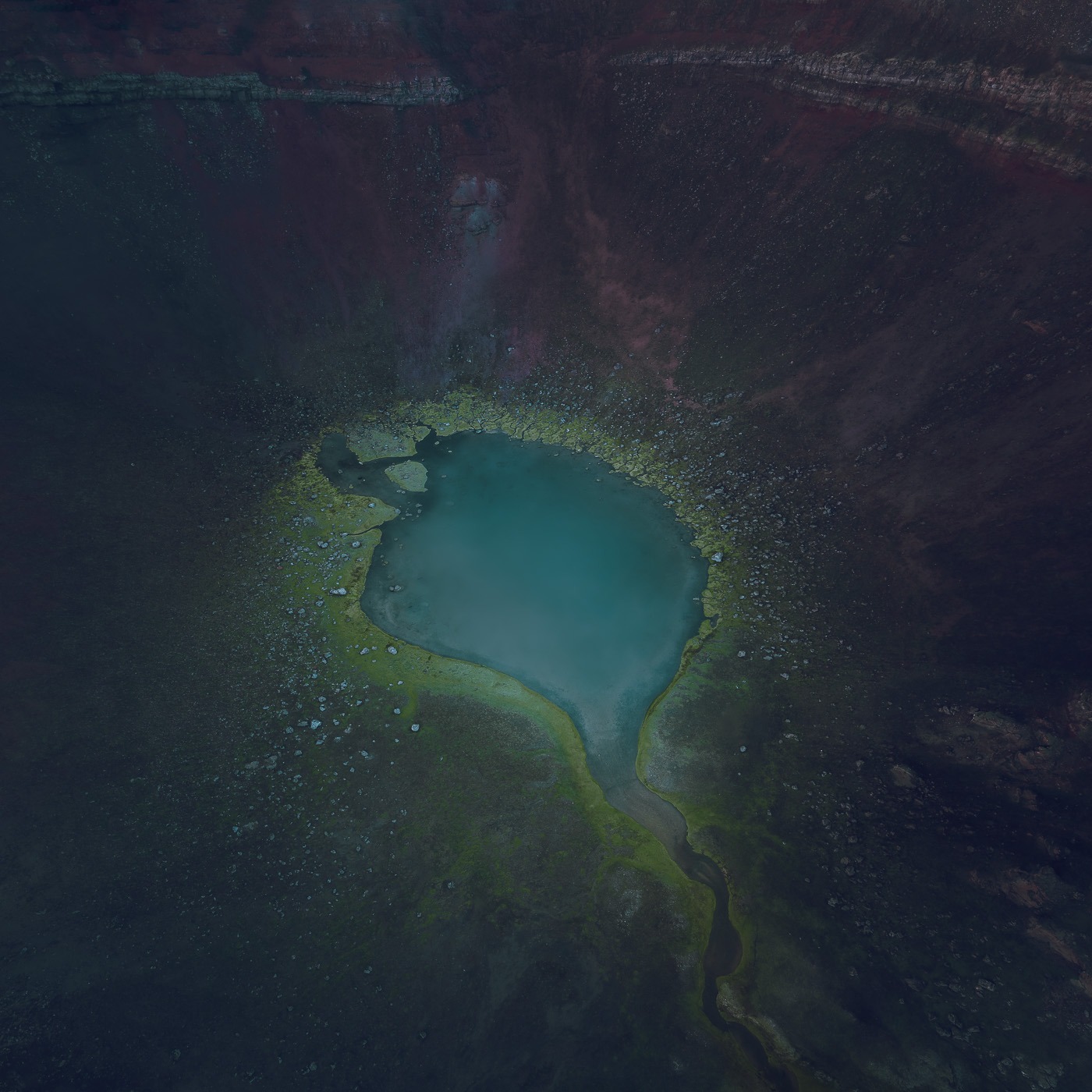 Lorenzo Polian internationally renowned landscape photographer, was the winner of the Sony World Photography Awards 2022 category Professional > Landscape with its series life on earth. This fall, he recently exhibited another work, Ode to Nature, at Pool NYC, Milan – in collaboration with Eye-V Gallery, from September 20 to October 22, 2022.

He celebrates the mysticism of nature alongside thirteen other artists. Between opening and promotion, he granted a fruitful exchange to the editorial staff of Phototrend to come back to life on earth and deliver to us some reading keys to better understand his work. We were able to ask him questions as much about his artistic approach as about his background, from architecture to landscape photography:

The series contains many themes that inspire my research. Silence, time, the incredible regenerative power of life, the eﬀect of human action on the environment, but also the mystical sense and intrinsic spirituality of nature. The need for a spiritual revolution of humanity. I seek to capture the magic of a universe that lies between the sacred and the magical, in which the essence of life is protected by silence, and where the outer world and the inner world coincide.

I admit that I no longer want to build, I no longer want to consume without moderation. I reduced my lifestyle to the bare minimum. I had the pressing need to stop, to slow down, to contemplate the silence, in silence, to observe the primordial principles which animate Planet Earth in its essence. And then I ask myself the question: Doesn’t contemporary successful architecture precisely embody the values ​​of an era in human history of which climate change is the result?

During the Covid, I had the opportunity to live in the Highlands isolated in the north of Scotland, for several months in my motorhome, while working remotely on environmental strategies for clients like Apple. I then began to intensely materialize a single desire and a single, immense dream: to visualize a different humanity, in deep communion with nature. It would be about restoring forests, reforesting anthropized land, and embracing a post-carbon era.

We could thus restore the natural silence, which once reigned over the world. That would be the real success of humanity. I think that an environmental revolution can be implemented by technological solutions only if it is motivated by the deep desire to change the course of the existing. As Mahatma Gandhi said “be the change you want to see in the world”.

Let’s be clear, I also have the first and absolute conviction that nature is the “technological” solution to the environmental imbalance created by the human species. Over the past 4 billion years, nature has succeeded in transforming a desert planet into a complex self-regulating ecosystem (ie Gaia) which manifests itself as a buffer against climatic fluctuations. I believe that nature has the ability to restore, with or without man, the lost balance: sometimes at the cost of massive extinctions and after several thousand years.

Your photographs cross the universe of the abstract, and you often describe the natural spaces that you capture as magical. What links do you establish between spirituality and photography in your work?

I think one of the great powers of photography is its ability to generate meditation, reflection, through a visual medium and through color. Art has the potential to communicate a message globally. I would like my work to transmit a transcendental vision. I guess this life force that attracts me and that I want to witness transcends rational explanations.

I’ve spent the last two months photographing glaciers on a retreat in Norway: the most powerful feeling I’ve ever had? The regenerative force of nature, able to colonize with lichens, mosses, shrubs and trees kilometers of valleys left empty by glaciers in a very fast time and in symbiotic synergy. To reach the base of the glaciers, I walked for days alone in these valleys.

Photography is for me a form of meditation, of going beyond individuality. My ritual: explore nature in solitude, in silence on foot or by kayak, admire in immobility, dive into theelements. I observe the flow of the cosmos and the magic of life, like a humble human being with a heart filled with gratitude. In these moments of observation, a kind of illumination or mystical revelation leads me to take a photo at a certain moment. Each photo thus reveals the desire to tell this dimension of spiritual communion.

I love the blue hour, the hours after dusk or before dawn. I tend to underexpose photos. I accept darkness, love the immediacy and minimalism of black and white and the emotional power of color. I love the last rays of sunshine on the planet, and the feeling of calm and peace that the night brings. The biorhythms slow down, silence settles in the forest. Darkness also amplifies inner emotions, maybe that’s why we run away from it. Perhaps the ability to experience outer/inner reality decreases with decreasing light?

Post-production is not one, it is part of the photographic process in the broad sense. It’s mostly about generating the same emotions you experience when you’re completely immersed in the flow of nature.

How do you get inspired to feed your art? Any advice for amateur photographers, especially in landscape?

Nature is rich in inspiration… As well as the works of the great masters of previous centuries, such as Goya, Rubéns, Michelangelo, Caravaggio, Leonardo da Vinci to name a few. For photography I am inspired by the work of Sebastiao Salgado, Vincent Munier, Walker Evans, Edward Burtynsky, Ansel Adams, Saul Leiter, Luca LocatelliDaria Belikova, Benjamin Hardman, or even Jeremy Snell.

My advice: avoid technological excesses, avoid over-photographed and publicized places, use photography as a tool for exploration and rapprochement with nature, and as a means of rediscovering oneself. The keys to my work: isolation and physical and mental preparation to spend long periods in solitude immersed and surrounded by nature. I believe that the essential thing in photography is to communicate an emotion.

A few words about your future projects?

Ode to Nature is an exhibition-project which is the fruit of a collaboration with Paola Marzotto and with the Eye-V Gallery. It is part of a group exhibition bringing together 14 artists, dedicated to contemporary nature photography. Science and religion have failed to explain the incredible evolution that over the millennia has transformed the Earth into such a complex system of life. Can art?

I just came back from 8 weeks in Norway during which I worked on the project Freezing Wisdom, on the evolution of Norwegian glaciers, in collaboration with the Norwegian Directorate of Water Resources and Energy (NVE). The objective is to tell the millennial wisdom that emerges on the surface of these enormous masses of ice. A wisdom brought to the surface by the acceleration of the melting of glaciers – a consequence of global warming – and which is in the process of disappearing.

In parallel, I work on several projects, at diﬀerent stages of development: Microalgaeon the implementation of microalgae on an industrial scale; Yielding Nature on technologies for exploiting natural resources in contemporary agriculture; mutagens on Crispr and the latest innovations in the world of genetic modification; and Torn up, a project aimed at telling the story of the Vaia storm which in 2018 devastated entire valleys of the Dolomites and uprooted millions of trees. I am also working on the project The Fabric of Clouds on the development of the steel industry in the Netherlands.

Thank you Lorenzo Poli for answering our questions.

You can find the work of Lorenzo Poli on his website.

Interview with Lorenzo Poli: “I seek to capture the magic of a universe that lies between the sacred and the magical”