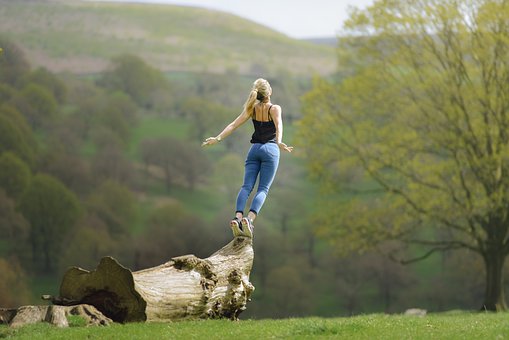 Although the high and refined production of various techniques (via, for example, Amazon) offers a vast field of information, this technological plurality does not always seek, encourage and promote a greater degree of aesthetic and moral concentration in man, concentration and condensation that in synthesis It would become –in any case and linked to science- the main engine of evolution, historicity and, in short, of culture or civilization.

The select technique of our days lays an insidious trap for us, disguised as many virtues and cold kindnesses. It is the trap of money: the greater its abundance, the better techniques available and in submission.

To enter the fantastic and comfortable world of Alice in Wonderland (which is the new dazzling and alienating technology, captivating and seductive by Streaming) the ticket is worth money, perhaps a lot!, or so much!, that you do not access that realm of cybernetic perfections who only has a moral or aesthetic world. The one who has the bag full of jingling and seductive coins accesses mostly.

This is the trap of culture: it promotes itself and publicizes itself, presumptuously affirming that it has reached levels of development never before reached on a technological scale, that it has achieved brilliant goals that were previously thought inaccessible, that it has surpassed all conservative and cautious projects planned in the remote past full of preventions. And this does not stop carrying truth, but half.

The goods that culture produces through technology often do not free man from his irrational remote past, but rather alienate him by enchanting him (and do not elevate him to a more spiritual-philosophical stratum) by superfluous dressing, the supercar. luxury full of perfection, or the tropical Kim Kardashian make-up.

The turbulent technological explosion has not made people read more quality poetry or novels and theater, but more alienating series and cheap soap operas of the worst kind and condition. Therein lies the trap of the technological appearance.

The technical overflow means that in every home -almost of whatever stratum- there is a television -at least per room- and tablets and iPhones in bulk, but not a hundred or two hundred more books. Because having a library is no longer fashionable. People read some books only during the period of school and university training (and of course no more than is essential) and then they stare – like a dazed rag robot – at the various stupid little boxes, for eternity. Because via online TV, it is most likely that you will see pure garbage that will not raise your intellect, your spirituality, nor will it raise your ethics or morals, much less your aesthetic or art world. Of course, some television programs could promote it, but they are not estimated at the mass level. Anything that has more than five reading lines is abandoned ipso facto. The limit is Twitter. This is the curse of “new” technology: boredom and despair.

It is not intellectual wealth or authentic technical quality that a society, culture or civilization forces and encourages its members to have idiotic television or cybernetic boxes everywhere. Wealth would be that preponderantly through them the world of poetry was accessed, but not of ordinariness and plebeyism. That we would see Antigone or Oedipus Rex on the television set -on Netflix-, and not a murder -in installments- with the most crooked and bloody details of it. The murder of someone from the neighborhood.

The decadence we are experiencing (or has man always been decadent?) does not refer only to poetry or certain aesthetic expressions. It refers to almost anything that makes you feel and think deeply, that moves the human marrow, has that been lost?

The cult of Maluma or Daddy Yankee snatches everything away and blinds any attempt at good taste. Technology – that of the meta verse – perverts the culture of massification.