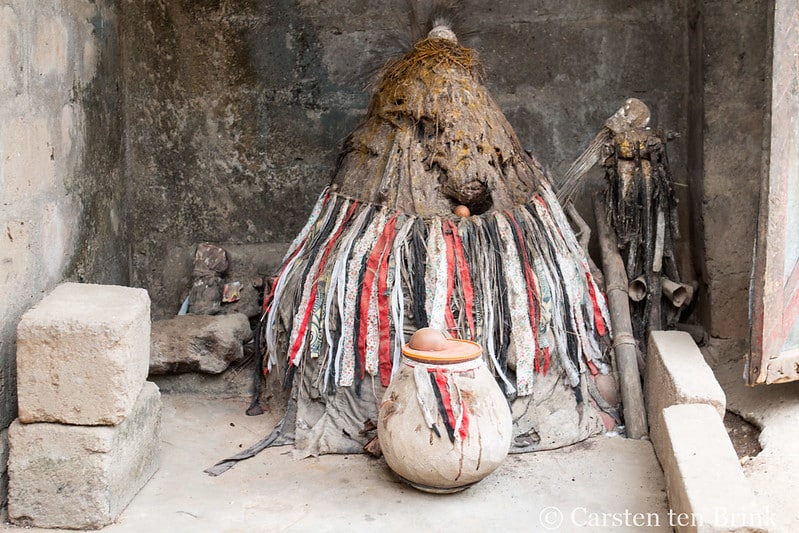 The international midfielder would have been threatened several times by childhood friends and his own brother Mathias, also a footballer, who would claim several million euros from him. The latter accuses Paul Pogba of having tried to marabout his teammate of the France team Kylian Mbappé. But what is a marabout, and what techniques does he use?

A judicial inquiry was opened at the beginning of August for “organized extortion attempts”while Juventus Turin international midfielder Paul Pogba claimed to have been threatened several times by childhood friends and his own older brother, Mathias, a modest footballer.

With the police, Paul Pogba, born in Lagny-sur-Marne (Seine-et-Marne) of Guinean parents, admitted having already paid a marabout to avoid injuries. The international also indicated that the people he accuses would threaten him to use a USB key containing messages attributed to him, and demanding that the marabout throw a ” spell “ on opponents and teammates, including Paris SG star striker Kylian Mbappé.

The “Pogba affair” has brought the marabouts and the “maraboutage” to light like never before in the French press. In Africa, on the other hand, the supernatural and the people who wield it have always been at the heart of concerns.

► What is a marabout?

The Senegalese sociologist Abdou Khadre Sanogo makes a conceptual distinction between the marabout, Sufi Muslim spiritual guide, from the great brotherhood lineages (mouride, tidiane) and those whom he qualifies as “quacks” and who, in exchange for money, promise to solve the problems of their “customers”.

In his voluminous work of 934 pages (1), entitled Divination marabout destiny, another Senegalese, the philosopher Ibrahima Sow, is less categorical in his definition. For him, this term “refers to a type of character that is not clearly defined”. This word is indeed sometimes used without associating it with any knowledge of the Koran and Arabic, but retaining certain factors, “whose therapeutic power and use or know-how relating to more or less magical practices”.

To read also: Marabouts: “It is sometimes the entourage that pushes to explore the field of the supernatural”

Elsewhere on the African continent, the generic term marabout includes “any character with some knowledge and powers deemed ‘extraordinary'”. In doing so, soothsayers, healers and knowledge-holders from the traditional world “capable or likely to modify or influence the course of events” are called marabouts.

► What techniques does the marabout use?

The work of the marabout, considered as a being claiming a supernatural power that he uses to respond to the concerns of those who consult him, begins with a diagnosis using divination techniques. These are multiple and use various elements: cowries, sand, water, puppets…

This diagnostic phase is followed by a prescription. The marabout then issues an “ordinance” to his client. This prescription includes offerings and sacrifices, the purpose of which is to ward off bad luck, to obtain protection and sometimes to affect the life of one’s enemies or adversaries. “These practices can be dangerous for the balance of society, because some charlatans even demand human sacrifices”, underlines Abdou Khadre Sanogo. In recent years, many scandals have involved marabouts in Africa who, by demanding human sacrifices, incited their clients to murder.

► Why are marabouts successful?

The use of marabouts is inseparable from the belief in witchcraft. As the writer Abel Kouvouama points out, “one would have thought that the so-called advanced people, the intellectuals, the city dwellers, because they are in contact with modern life dominated by scientific rationality and technology, would no longer be under the influence of witchcraft, qualified as world of irrationality”. But it is nothing. This belief, very present in Africa, is also experiencing a resurgence in France. A 2020 Ifop survey reveals that in France, 40% of people under 35 and 25% of people over 35 believe in witchcraft.

Some sociologists link this resurgence of belief in witchcraft to the multiplication, over the past twenty years, of books and films evoking it, in the wake of the saga Harry Potter. Similarly, social networks have been able to favor and uninhibit gurus claiming supernatural powers.

Paul Pogba case: what is a marabout?