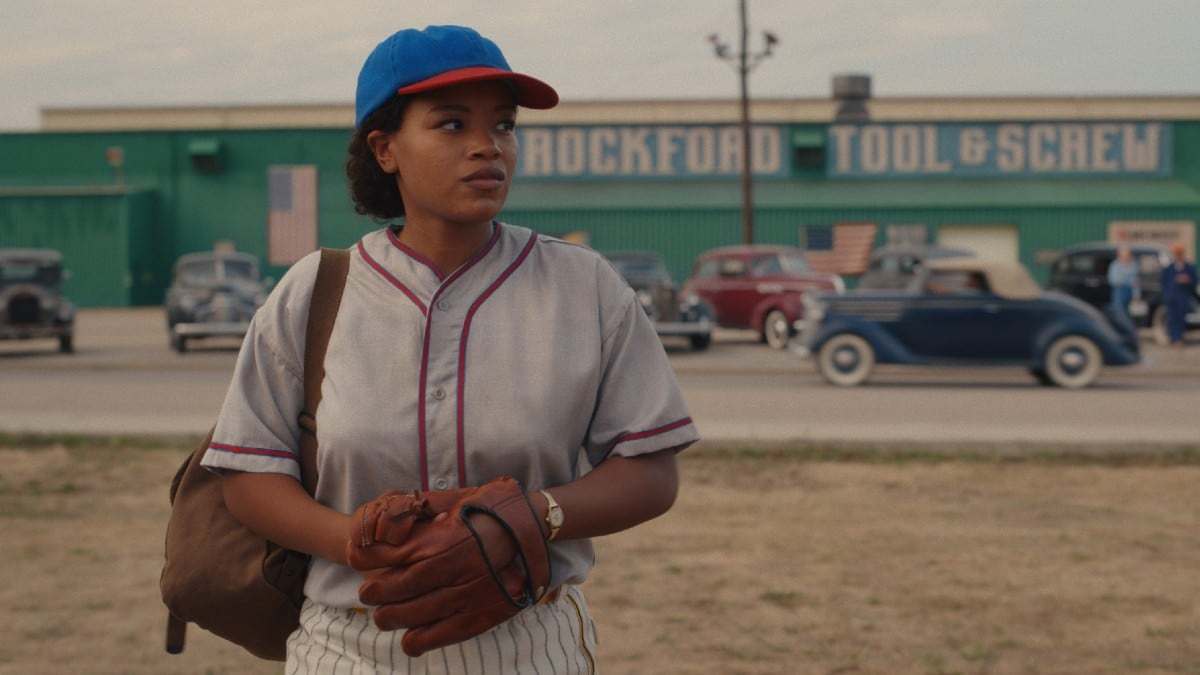 An ode to sorority and precious queer representation, this reboot of A League Of Their Own is a real success, as funny as it is eminently political and feminist. To discover urgently on Amazon Prime.

Nothing has done me more good in this too moist and gloomy back-to-school season than to wedge myself comfortably in front of the series A League Of Their Own (An extraordinary team, in French). I would be wrong to sell it to you as a simple feel good series. We are talking here about a series not only funny and brilliantly writtenor a high-flying cast full of already crossed faces, like that of D’arcy Carden revealed by The Good Placeor new ones we have already very very looking forward to seeing again.

A League Of Their Ownit is a very real sporting epic, that of the beginnings of the All-American Girls Professional Baseball League in the 1940s in the United States. While the men are sent to the front in Europe, the baseball league makes the decision to found women’s teams. A daring bet in an America well anchored in its crass misogyny.

Whether A League Of Thier Own tells you something, it’s also because this story had already been told in a film of the same name released in the 90s, worn by Geena Davis (just out of Thelma and Louise) but also Madonna, Lori Petty, Tom Hanks and Rosie O’Donnell.

Why do a reboot in 2022? Already to tell a historical context, and through it a whole different story. Or rather stories.

A League Of Their Own (available on AmazonPrime) focuses on two women: first Carson Shaw (Abbi Jacobson), who takes advantage of her husband’s absence to try her luck and become a professional baseball player. Joining the Peaches team will not only be a revelation on the pitch, since she will fall under the spell of Greta Gill (D’Arcy Carden), as outgoing as she is shy and goofy. Next, Maxine Chapman (Chanté Adams, a revelation!), outstanding pitcher who is refused the tests to join the Peaches by racist coaches. She has only one goal and one ambition, that of playing. And also a secret, that of having no intention of settling down with a man or working in his mother’s hairdressing salon…

Through them and all a gallery of charismatic playersthe series aptly explores the ambient sexism, the racism of a society where whites and blacks live apart, but also deep-rooted and trivialized homophobia.

Indisputable crush on Lupe (Roberta Colindrez) and Jess (Kelly McCormack), whose we would really like a series just for the two of them where we would see them drinking, smoking cigarettes, wearing super classy clothes and flirting with girls (I know, it’s light as pitch, but that’s really all I expect).

An unexpected representation of lesbians

In the way ofOrange Is The New Black a few years ago, the series co-created by Will Graham and Abbi Jacobson shows a slew of female characters that are not only fabulously endearing, but also defy shackles and stereotypes, soft-hearted butches and fatal fems, proud and big mouths, love and sisterhood, true female friendships as we rarely see them but whose strength we know, audacity and tenderness, do you want some here. And humor, because that’s also what makes A League Of Their Own so comforting and precious.

The series shows in eight episodes the reality of lesbian and bisexual women at this period of the History of the United States, where living one’s identity and one’s loves sometimes amounted to putting oneself in danger, risking prison or psychiatric hospital. . But those lives were possible, clandestine and hidden, but also joyful when it was possible to find those who resemble us.

Co-creator and co-screenwriter of the series, actress Abbi Jacobson (whom we adored and revered in the incredible Broad City) came out as bisexual in 2018 and recently got engaged to Jodi Balfour. It’s very clear seeing her portray Carson on the show that this experience nurtured and inspired her. “It resonates with me because it is very similar to my story”she told Them. “I came to terms with my sexuality super late, so you can come out even when you’re as old as me. »

A second season would already be in preparationand we hope to live up to this impeccable success.

Badass teens and time travel: why you should urgently watch Paper Girls