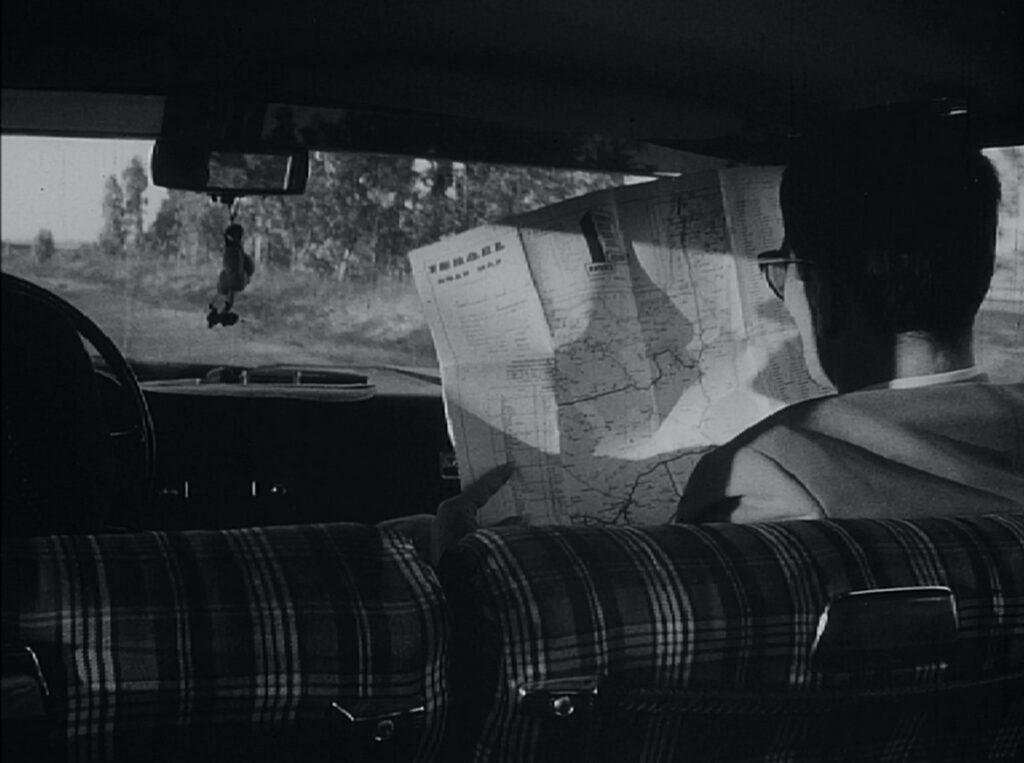 Real world brings together works that express the feeling of the unknown perceived in the world in which we live, through the encounter with different cultures, with faith or with natural phenomena.

Wednesday 28 September 2022, at 7.00 pm, the conversation between Andrei Ujica and Father Antonio Spadaro, Jesuit and director of La Civiltà Cattolicawill develop from the film 2 Pasolini (2000/2021) by Ujica, which he created for the exhibition Desertheld at the Fondation Cartier pour dell’arte contemporain in 2000 and currently presented in Real world.

In the film, Andrei Ujica honors Pier Paolo Pasolini’s cinematography with a lyrical and powerful homage, in which rhythm and spirituality come together in an evocative montage, accompanied by a vivid soundscape.
Thanks to a clever montage of images taken from Inspections in Palestine for the Gospel according to Matthew by Pier Paolo Pasolini, the film follows the Italian director and his theological consultant, Don Andrea Carraro, on a journey through Palestine in the sixties, in their attempt to identify the settings of Pasolini’s biblical masterpiece. 2 Pasolini then follows the journey through the desert of Pier Paolo Pasolini and of Christ, up to the shores of an impetuous sea.

The conversation, in Italian and English with simultaneous translation, will be preceded by the screening of the film 2 Pasolini by Andrei Ujica.

Thursday 29 September 2022, at 7.00 pm, Peter Sloterdijk and Andrei Ujica will talk to each other based on the film Nature (2020) by the filmmaker Artavazd Pelechian: a real visual poem, presented for the first time in Italy on the occasion of the exhibition Real world.

The film, produced by the Fondation Cartier, shows the relationship between man and nature through sequences of images designed to produce a monumental and poetic cinematic experience, which escapes the classic distinction between fiction and documentary.

Triennial Summer is a broad program aimed at the whole city of Milan, to experience culture together. Five months of programming in the Triennale’s Giancarlo De Carlo Garden, a rich calendar of over 130 afternoon and evening events aimed at a wide and transversal audience: meetings, lectures, festivals, screenings, shows, concerts, DJ sets, performances, workshops for children and many other activities, ranging from design to architecture, from contemporary art to performing art, from photography to music up to themes and contents of Unknown Unknowns.

For Triennale Estate Triennale Milano he thanks the Main Partners Nhood and Smeg and the Technical Partner Kartell.

Born in 1951 in Timisoara, Romania, Andrei Ujica lives in Bucharest. He studied literature in Timisoara, Bucharest and Heidelberg.
His filmography includes Videograms of a Revolution (1992), directed with Harun Farocki, which explores the relationship between political power and the media in Europe at the end of the Cold War. In Out of the Present (1995), Ujica tells the story of cosmonaut Sergei Krikalev who spent ten months aboard the MIR space station, during the collapse of the Soviet Union on planet Earth. The Autobiography of Nicolae Ceausescu (2010), presented at the 63rd Cannes Film Festival, concludes the trilogy dedicated to the fall of communism.

Antonio Spadaro, a Jesuit father, is the editor of the magazine “La Civiltà Cattolica”, the most authoritative and ancient Catholic magazine published in Rome since 1850. He graduated in philosophy from the University of Messina (1988) and has a doctorate in Theology at the Pontifical Gregorian University (2000), where he taught as a professor at the Faculty of Theology and the Interdisciplinary Center for Social Communication. Since 2011 he has been a consultant to the Pontifical Council for Culture.
Antonio Spadaro has published a wide range of volumes of literary and theological criticism in dialogue with contemporary culture, including Cyberteology. Thinking about Christianity in the age of the Interneta book that has been translated into eight languages.

Peter Sloterdijk is one of the most important contemporary German philosophers, cultural scientists and authors. He has established himself as one of the most inspiring, eclectic and sometimes provocative minds of our time. In his books and essays – and especially in Sphereswhere philosophical anthropology is outlined – art and its social dimensions play a role of primary importance.

The culture of contemporaneity in its many forms