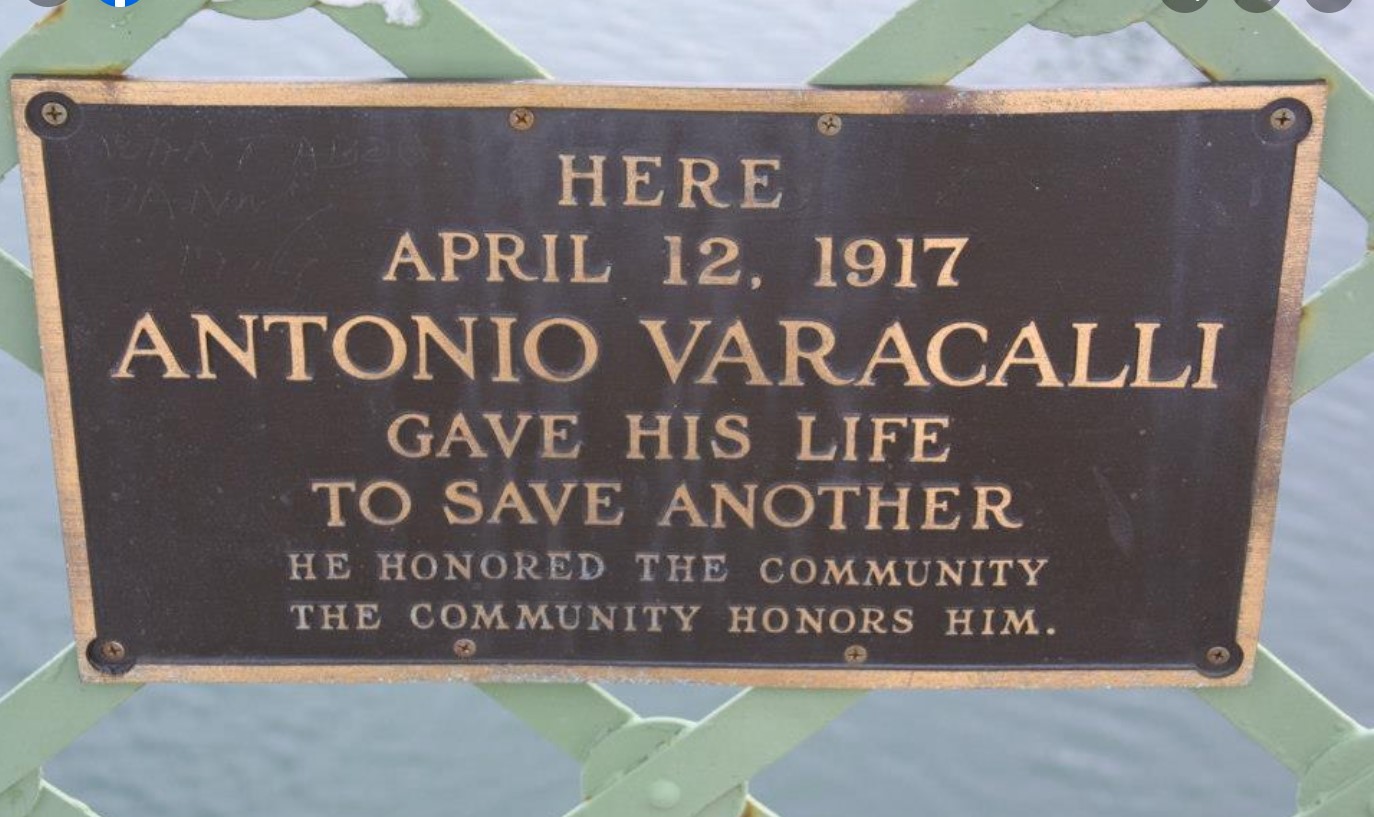 On April 12, 1917, a young woman stands on the bridge that connects the two banks of the Seneca-Cayuga section of the Barge Canal in Seneca Falls, New York, ready to jump into the freezing water to take his own life. The Italian immigrant Antonio Varacalli, whose age is variously referred to as 17, 20 or 22, bravely throws himself into the water to save her. She survives, but he doesn’t.

A plaque was posted on that bridge to commemorate the young hero and his sacrifice.

In 1945, another Italian immigrant casually stops to get a haircut while visiting family members in Seneca Falls. That immigrant is Hollywood director Frank Capra, whose classic The Life is Beautiful it has long been one of the cultural cornerstones that have essentially defined the Christmas period: anti-materialism, spirituality and love of life. The film was released on December 20, 1946, and this year celebrated its 75th anniversary.

It is widely believed among critics that Seneca Falls provided the inspiration for Bedford Falls in the famous film. The architecture, the names of the streets and families, the family bond with Frank Capra, and above all the rescue of Varacalli, have convinced the inhabitants of Seneca Falls that it is their beloved town that has served as a model for Bedford Falls. Every December Seneca Falls holds one as well celebration in honor of The Life is Beautifulwhich enhances the city’s ties to the iconic Christmas film.

The Life is Beautiful it is loosely based on the tale The Greatest Giftwritten by Philip Van Doren Stern in 1943 and, more indirectly, on the Christmas carol by Charles Dickens. Many experts believe, however, that it was Varacalli’s impulsively heroic act that inspired the salient scene of The Life is Beautifulwhen George Bailey, the tormented protagonist, seeing no way out of his problems, is about to jump into the river to put an end to everything.

George is a pillar of the community who had to give up his dream of traveling the world to run the Bailey Building and Loan, a small local bank that provides loans after the unexpected death of his father. George despised material possessions even before he found himself in charge of the financial institution. Instead, he appreciated life experiences, personal improvement, human bonds. However, he finds himself having to fight against unscrupulous financial predators intent on destroying the fabric of the community and evicting poor families to make the most of the properties they intend to develop. Feeling powerless in the grip of consumerism, which compromises her ability to act according to her integrity and his humanitarian impulses, George is in despair. The awareness of the futility of his existence leads him to wish he had never been born and to throw himself into the river.

It is at that moment that his guardian angel, Clarence, jumps into the water to save him. Clarence shows him what Bedford Falls would have been like if George had never been born, how many people’s lives would have been miserable without the help of her kindness and compassion from him. He opens George’s eyes to how each individual can make the world a better place, especially generous, honest and hardworking people like George. In that seraphic moment, George realizes that he wants to live, that he can make a difference, that life is truly wonderful.

Today, due to Covid and the way it has disrupted our lives, many people, like the character of George, are teetering on the verge of despair. Indeed, it can be said that from 9/11 onwards the problems of the last century seem to pale in comparison to those of the new millennium. Wars – hot and cold, cultural and military – the growing wealth gap, the acceleration of global warming and population growth, the resulting famines, all have plagued us.

In morning newsletter of the New York Times on December 10, David Leonhardt pointed out some of the problems that are making Americans “grumpy”: “Many services don’t work as well as they used to … Rising prices are drying up paychecks … People are spending less time socializing … the immortal nature of the pandemic – the masks, the anti-Covid tests, the meetings on Zoom and the runny noses that generate anxiety – is wearing ”. Leonhardt goes on to enumerate all the ways in which our bodies and minds have been affected: “The blood pressure of Americans has increased. The overdose dead are soaring, especially within the black American community… depression, anxiety, impulsive behavior and suicide attempts have increased among children and adolescents ”. It must be admitted that it is not a good picture.

The tradition of watching is renewed every year The Life is Beautiful during the Christmas period. For many people it wouldn’t be Christmas without it. Varacalli was honored on the hundredth anniversary of that sacrifice, and his plaque reminds passers-by every day of his disinterested act. But also Frank Capra and his film, in an indirect and suggestive way, honor him for his humanity, and remind us all that life is still precious and worth living. At least once a year, it is good to remember this.