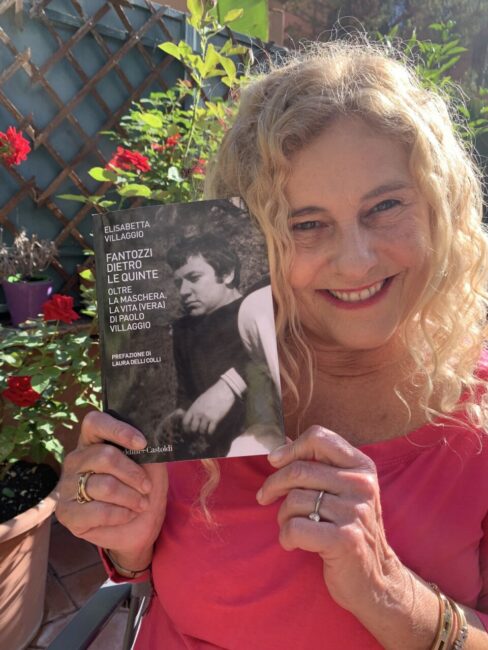 REVIEW – The appointment is for tomorrow, Wednesday 13 July, at 6.30 pm at the Fontezoppa cellars

Tomorrow the Civitanova Film Festival will talk about who hid behind Italy’s most famous accountant. Elisabetta Villaggio, daughter of the great Paolo, will arrive in the city to present her book Fantozzi behind the scenes – Beyond the Mask. The (real) life of Paolo Villaggio. The appointment is for tomorrow, Wednesday 13 July, at 6.30 pm at the Fontezoppa cellars, where before – from 5 pm – there will be a guided tour with tasting. 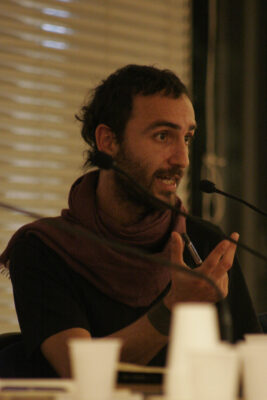 Going instead to today’s appointments, Tuesday 12 July, the CFF 2022 meets at 6.30 pm at the Cinciallegra restaurant bar, on the cycle path, Joshua Wahlenwho talks about his book Voices from silence with Fra ‘Damiano Angelucci and with the clinical psychologist-psychotherapist Elisabetta Cesari.

Born in 1983, Joshua Wahlen graduated from Dams in Palermo and in 2010 he specialized in audiovisual techniques in Turin. After completing his studies and aboard an old camper, he crossed Italy for the first time with the desire to deepen the new forms of spirituality. In Sicily he made the first two documentaries: Journey to the South, investigation in Sicily (2014), and Corrispondenze (2016). In 2017 he crosses the peninsula once again to meet the hermits of our territory: from this field research Voci dal Silenzio (2018) takes shape, a film that becomes part of the official selections of numerous national and international festivals, receiving numerous awards and a great deal of attention from the public. In November 2021 he published the book of the same name for Tea Edizioni.

At 9.15 pm, the documentary Lo maro de Primo is shown at the Arena dei Pini (the green area of ​​the Società Operaia, just above the walls of Viale della Repubblica). Shot between 2020 and 2021, the video interview Lo maro de Primo, lasting 16 minutes, is made by the three documentary makers of the Marche in Video association Samuele Baccifava, Alberto D’Agostino and Daniele Casarola and is the passionate story that Primo Recchioni, one of the souls of the city navy and an appreciated local historian, donated to Civitanova. At 9.45 pm, again at the Arena dei Pini, the day ends with Lunana – Journey to the end of the world: a drama film of 2021, directed by Pawo Choyning Dorji, with Sherab Dorji and Kelden Lhamo Gurung.

Meanwhile, yesterday afternoon, after graphics with Rauch and poetry with Piersanti, the CFF broadened its horizons by touching on philosophy as well, with the debate between Arianna Fermani and Federica Piangerelli, who had a dialogue on the theme of the festival: Certainties, desires and disenchantments . Then last night, before the screening of the shorts in competition for the eighth Stelvio Massi Prize, there was space for an appreciated moment of theater with the students of the Enrico Cecchetti municipal drama school.

Tomorrow’s program, Wednesday 13 July, which will begin in the vineyard from 5 pm with a guided tour of the Fontezoppa cellars (with tasting) and at 6.30 pm with the presentation of the Fantozzi book behind the scenes, with the author Elisabetta Villaggio. At 9.30 pm we “return to the base” at the Arena dei Pini, with the screening of the six works by Marche in Corto and with a round table, where Francesco Gesualdi (Head of the Marche Film Commission) and Sofia Cecchetti (Marche Film commissioner) also intervene, with moderator the actress Monica Belardinelli, godmother of the edition. All enlivened by a good beer for the After Festival. The appointments are free. Info and complete program: www.civitanovafilmfestival.it. The CFF is organized by Aps Favolacce with the collaboration of the Municipality of Civitanova Marche and the Azienda dei Teatri.

“Fantozzi behind the scenes” at the Civitanova Film Festival