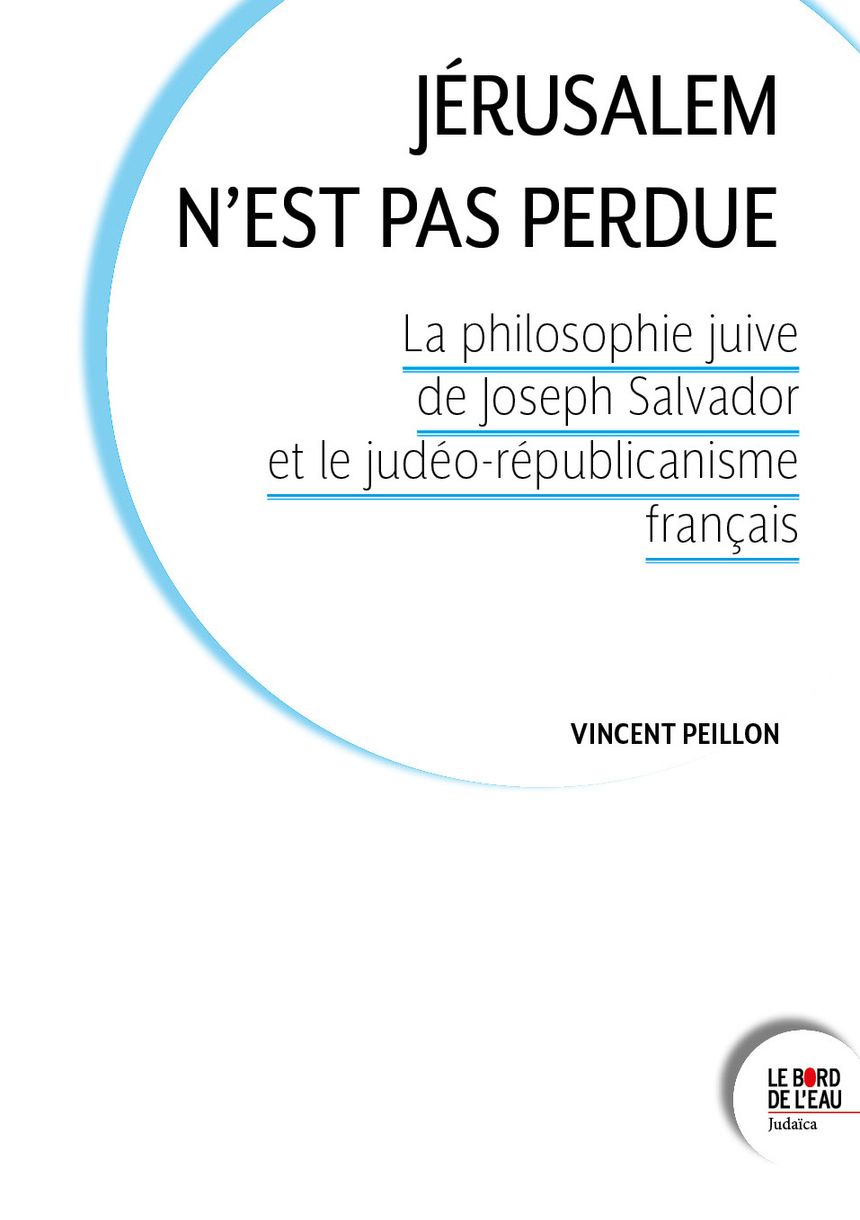 Last week we talked about the philosophy of history, very benjaminian, by Joseph Salvador, a form of counter-history which discovers in the “old” the seeds of the “new”. A altneue Geschichte according to an expression that can be attributed to Franz Kafka and the spirit of the city of Prague.

We have thus understood that faced with the difficult adequation of the political and the religious of his time, Salvador invited us to return to Jerusalem, in the geopolitical and metaphorical sense, to understand both the future of the world and of Judaism, that is to say, as we will explain it today, go back to the old law of moses which possesses the intimate characteristics of modernity.

Vincent Peillon is a philosopher and former Minister of National Education.

A leading member of the Socialist Party (PS), he was Minister of National Education in the first and second governments of Jean-Marc Ayrault from May 16, 2012 to March 31, 2014.

If German Jewish philosophy is well studied and well known, it is difficult to quote French Jewish thinkers of the 19th century and the first half of the 20th century. However, a powerful tradition existed, which has been perpetuated to us. With Joseph Salvador, this book restores to us the thought of a strangely misunderstood author, undoubtedly the most important French Jewish thinker of the 19th century, at the origin of this tradition.

Contrary to popular opinion, French Judaism after the Emancipation was not content to propose regeneration and assimilation, to raze the walls and to speak in a low voice.

Quite the contrary, assuming its conflict with Christianity frontally, it defends a strong identity and formulates a true apology for Judaism. The latter, restored to its pride, provides a model and an inspiration for the democratic, republican, liberal, socialist, cosmopolitan politics that has been sought since the Revolutions of England, America and France.

To be accomplished, modernity must therefore return to its Jewish sources, to the mother religion of Christian and Muslim monotheism, to the Law of Moses and to the Republic of the Hebrews.

VINCENT PEILLON offers here the first complete presentation of the Jewish philosophy of Joseph Salvador, but also a study of the influences he was able to exercise and the dialogues he was able to establish, directly or indirectly, with other Jewish thinkers, French or foreign . In so doing, he proposes a new interpretation of French Judaism as Judaism first and foremost and eminently political.

THE WORK OF JOSEPH SALVADOR (1796-1873) includes several important works: the Law of Moses or the religious and political system of the Hebrews (1822), the History of the institutions of Moses or of the Hebrew people (1828), Jesus Christ and his doctrine. History of the Birth of the Church, Its Organization, and Its Progress During the First Century (1838), History of Roman Domination in Judea and the Ruin of Jerusalem (1847), Paris, Rome, Jerusalem, or the religious question in the 19th century (1860).