“If you’re ever uncomfortable in a room or with someone, don’t stay and go somewhere else. »


Below the phrase, a child runs. His cheeks are red, his mouth is tight. He is visibly uncomfortable. He walks towards a group: an elder talking with a toddler, two adults talking and a woman holding a baby in her arms. This one looks at the child, worried. He will be heard.

Your body is yours! by the Spanish author Lucía Serrano, has just been published in French by Crackboom editions. Intended for children aged 3 and over, the illustrated album tackles intimacy in a frank way.

Yes, it’s okay to explore your body. Yes, we can name the private parts without embarrassment. No, no one should touch us unless we want to. Not even an adult.

“If you say no, we have to listen to you. If you’re not listened to, ask for help. »

I remember as a child, I was taught the nursery rhyme “My body is my body, it’s not yours. You have your own body, leave me mine. It came from an educational film by Moira Simpson and Andrée Major, produced by the NFB, in 1986. Quite an earworm…

Separated by three decades, the two messages are essentially the same. But I welcome the tools that are multiplying today to allow children to know their rights. To teach them to name everything on the broad spectrum from discomfort to abuse.

To this end, a passage from Your body belongs to you! particularly touched me.

Lucía Serrano writes: “It could happen that someone does something to you that you don’t like and that at that moment you don’t say ‟NO”, because you don’t dare or because it bothers you. And time passes and when you think about it, you feel sadness. »

The author goes on to illustrate the difference between good secrets and bad ones: “When bad food gives you indigestion, your body rejects it, doesn’t it? You have to do the same with bad secrets. »

These sentences can be a deliverance, I believe.

Three years ago, I realized that my body had hidden a multitude of bad secrets.

I was shooting the documentary series How to become a perfect person. Basically, I was using every tool I could to try to be more intelligent, sexy, organized, and witty. For one episode, I was immersed in a long hypnosis session. Towards the end of it came a very embarrassing moment that I can’t explain to myself yet… I started to cry, repeating that desire is an injunction imposed on women from childhood.

The therapist asked me a question about seduction. It was a theme of the series, so it was planned to address this subject. I agreed to it! But I had not imagined that a dike could let go…

Suddenly, I saw in bursts a ton of stored memories. I saw all those men who had sexualized me when I was a child. The looks, the hands, the hints, the beaks, the whistles, the allusions.

I saw them again, them, the passers-by, the strangers, the relatives, the “nice”. And I wasn’t crying my fate, I was crying with rage thinking about the girls who are objectified, who are conditioned to receive male attention and who are disposed of with impunity at a time in their lives when they should not have to. deal with the interests of adults.

Besides, only pornography bearing the label ” barely legal (therefore highlighting the age of the protagonists’ barely reached majority) being so overtly popular overwhelms me… What does that say about our society?

How do we view youth?

This is precisely a question raised by Sarah Polley in her recent essay Run Towards the Danger: Confrontations with a Body of Memory. The Canadian actress, screenwriter and director reveals aspects – often buried and disturbing – of her past.

Among them is how different desires were projected onto her from a young age. Sarah Polley played the lead role in the hugely popular series Avonlea’s Tales. Some then allowed themselves to sexualize his child’s body. Others then wanted to constrain her to youth while her body became that of a woman. From one side or the other, he was given an interested, even authoritarian look.

The author reveals that some men have crossed limits and that she has tried to forget them in order to continue to move forward.

She says for example that she was only 14 years old when she met Jian Ghomeshi for the first time. He was then a well-known musician. An adult. That day, she thought he was going to kiss her.

A few years later, she had a sexual relationship with the celebrity. He was the first “non-teen” she slept with. It was a nightmare.

Sarah Polley quickly forgot just about every detail of that night. She even continued a cordial relationship with the man. The memories of violence only resurfaced when the radio host was publicly accused of sexual abuse, in 2014… Accusations of which he was acquitted in 2016.

To read Sarah Polley is to be shocked, it is possibly to remember a trail of sores, but it is above all to hope for change. Great conversations, upheavals, denunciations. And not necessarily the ones that come to mind.

Sometimes I just find myself daydreaming about rising voices. Adult voices that put others in their place. Who strongly emphasize that children, like teenagers, have the right to holy peace.

That your comments, hands, eyes and hungers are knives.

Because unfortunately, as important as they are, it will take more than picture books and brave essays before children no longer have to carry bad secrets. 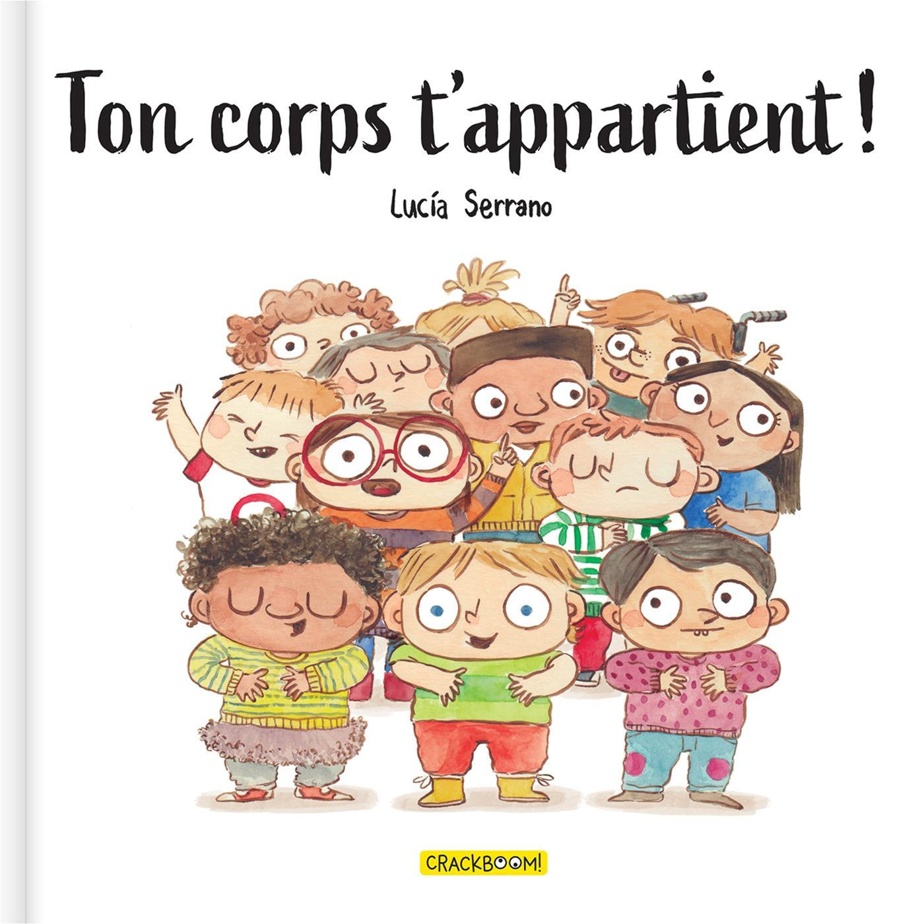 Your body belongs to you!