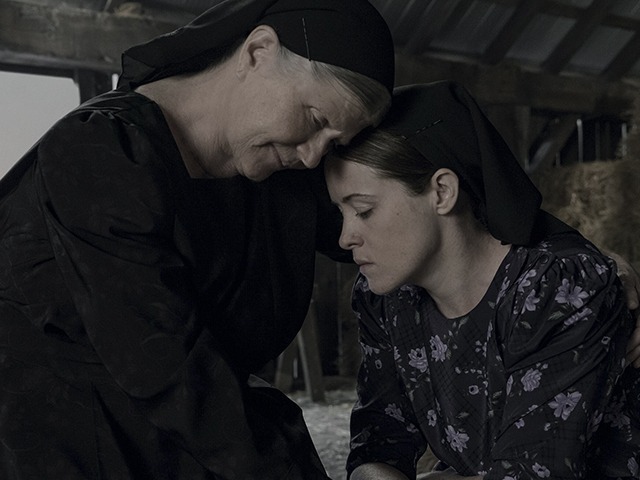 Special for In Red

The cinema transforms the most routine into something interesting. The day to day tends to be very boring. But as soon as a camera points towards that routine, the everyday acquires meaning, it becomes a visual narrative. I do not want to say that everything that a camera records is entertaining. However, what is recorded responds to the vision of the observer and his very particular way of reading reality. In a movie like Jeanne Dielman, 23, quai du Commerce, 1080 Bruxelles (dir. Chantal Akerman, Belgium and France, 1975), a woman cooks, attends to her clients without hardly exchanging words, bathes, prepares the table, eats with her son in the silence of everyday life, makes the bed and goes to bed . Though the film is almost devoid of dialogue, the woman’s body language screams her desperation as she performs an action as mundane as peeling a potato or shining a pair of shoes. Akerman’s film was declared by a group of 1,600 critics as the best in the history of cinema in the magazine sight and sound. This surpassed classics like Citizen Kane (dir. Orson Welles, USA, 1941) and Vertigo (dir. Alfred Hitchcock, USA, 1958). Although the nature of all lists is to provoke readers into questioning them, some critics have railed against Jeanne Dielmann arguing that it was ranked first because of gender, sexuality, feminism, and the death of Chantal Akerman. The very limited vision of these critics makes them consider the film texts of Welles and Hitchcock, among others, as aesthetically superior for being supposedly apolitical. I do not detract from the power of the work of Welles and Hitchcock, who are among my favorite directors. However, his clearly masculine visions should not be taken as “natural.” Her gender politics are as clear as Akerman’s in her work. The director subtly turns the everyday life of her protagonist into a growing anguish whose culmination she takes us by surprise. Questions from many moviegoers about the well-deserved achievement of Jeanne Dielmann they reveal what is necessary and revolutionary about the perspectives that question the norm. The power of women’s voices is central to Sarah Polley’s latest film, Women Talking (USA, 2023).

Polley co-writes the libretto with Miriam Toews, the novel’s author. The story, which is based on real events that occurred in a Mennonite community in Bolivia, focuses on a group of women of different ages who were sedated and raped. The crimes are never portrayed, but their physical and mental consequences are shocking. While the men of the community take one of the rapists to the authorities, the women meet to vote on the action they will take. Your three options are to forgive the violators; stay and fight for their respect; or leave their community forever. The exchanges between the characters capture the resistance, the trauma, and the complexities of each plot in relation to their future actions. Their conversations reveal a universe of conflicting emotions and questions that will alter the only reality that these women have known in their lives. Cinematographer Luc Montpellier’s work highlights the gray tones of the community. His photography makes the film feel like it’s in black and white. In this way, Montpellier turns the community into an anachronistic and apparently unreal space, very similar to the Gilead of The Handmaid’s Tale. However, these women who have not had access to school, who are unaware of the world that exists beyond the borders of their community and whose role is limited to giving birth and housework, struggle to be heard regardless of the action supporters.

Polley’s direction and strong performances bring life and strength to each of the women. While Janz (Frances McDormand) fights for the forgiveness of the rapists so that nothing changes, Salome (Claire Foy) is willing to burn everything so that the rapists pay for her crimes. On the other hand, the impressive serenity of Ona (Rooney Mara), who is pregnant by one of the predators, contrasts with the aggressive attitude of Mariche (Jessie Buckley), who prefers to face the physical abuse of her husband before leaving the community. . The structure of the film highlights the dialogue between the women. As well as in My Dinner with Andre (dir. Louis Malle, USA, 1981), where Andre Gregory and Wallace Shawn, two real theater artists, meet in a New York restaurant to theorize about the essence of theater, reality and art in general, the action of Women Talking focuses on a dialogue between a group of women. The conversations between the characters in both film texts are exciting and demonstrate the transformative power of cinema that turns a discussion into a profound manifestation of humanity. Despite this connection, My Dinner with Andre it maintains a structure where each character has a point of view that will never be altered. Gregory dominates the first part of the conversation, musing about the spirituality of the theater and the artistic retreats that have opened up his horizons. Shawn disagrees with Gregory’s view as it responds to a privilege most of us don’t have. Their differences are clear and the characters never reach a resolution. The conversation between the two friends ends when Gregory pays the bill and each one goes their way. Although Shawn’s character doesn’t enjoy the social status of Gregory, they both enjoy the privilege of philosophizing about art and life without real consequences. On the other hand, the dialogue in Women Talking rejects a conflict between two clear positions. The film portrays countless voices that highlight the complexity of its arguments. The consequences of their dialogue will shake an entire society. Women Talking it is among the most powerful movies of 2022. Don’t miss it.

The explosive consequences of a conversation between women: Women Talking – Clarity