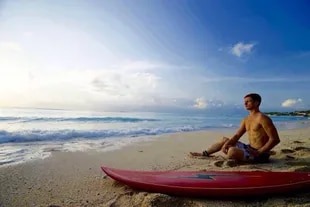 Felix Demin is an inveterate traveler. He lives a dream life for many. He hasn’t stopped going around the most exclusive places in the world, but he hasn’t stopped undertaking either. Stories like his seem like a fairy tale, those characters who dared to live on his wishes. A tempting illusion that is simply said, but that is not easy to fulfill. In his journey as a traveler, surprise was one of the virtues that conquered him from destiny, however, after so many extreme experiences, finding it was difficult. There his sense of restless business man gave him some clues.

A survey by global market researcher Research Dive revealed that international growth is forecast to be around 8.8% for the global luxury travel market by 2028. According to Booking, 20% of travelers are willing to pay more for services worth that difference. 66% prefer exclusive accommodation sites and 77% of luxury travelers opt for sites with few people around. This idea of, in addition to traveling, returning with the unique experience to have under your arm has begun to be a required variable for tourists who expect preferential situations, but also those who are after that little place lost in the middle of nowhere.

Under that idea, Demin was interested in finding proposals that would surprise him first, a rather complicated issue considering his traveling palate. That is why he decided to face on his own the start-up of some dream sites for very few.

He thought of Bali as a destination, the Indonesian island located off the southeast coast of Java that has traditionally had demands for comfortable and luxurious services. An exotic but accessible place for daring travelers who dream of something more than the nearby coast, often described as the island of the gods for its beaches worthy of a vacation for Instagram, lush tropical forests and ancient temples that, in addition to architecture impose spirituality . The more than six million visitors who arrive each year have made it the gateway to Asia to meet the exotic and inspiring side, with good cuisine for new flavors and perfect landscapes.

In fact, Demin became one of the stokers for Bali’s vacation success as an exclusive destination. His first project catapulted him into one of the TOP10 Airbnb services of the most unique hotels in the world: his idea was The Bubble Hotel Bal. A hotel where you choose to live in a transparent bubble. “Here you lose all sense of time -he relates-, there is no need to be afraid of being late, there is no need to dress elegantly or think about what to do. Your vacations in the ocean among the wild life will be the best plan. The first rays of the sun appear above the horizon, gently touching the surface of the ocean. The waves caress the shore, sharing their energy”.

One of the groups of bubbles is installed in the jungle of Ubud. A hill surrounded by green jungle and rice fields in a private area on the river. It is the perfect place to feel cradled in the lap of untouched nature. Nearby the hotel lobby has been arranged. It has a bubble with a private pool, 9 without it.

The second set of bubbles is at Playa de Nungalán, a rugged terrain with beautiful ocean views and a sandy beach 10 steps from your room. To get there you have to be prepared for a steep descent from the mountain through the jungle, a walk that lasts approximately 20 minutes. Something similar happens in the third group of The Bubble Hotel Bal in Nyang Nyang Beach.

In all destinations the bubbles have high-end furniture, decoration, accessories and infrastructure. “We offer visitors more than 40 additional experiences, which include decorating the room with rose petals and candles, treasure hunts, organization of bonfires, stellar experiences with a telescope… All of them under the idea of ​​not losing focus on being in in the middle of nature, but always with an unattainable ceiling of luxury”.

However, if these transparent bubble room ideas that leave the entire room in a 360-degree view of the Balinese jungle are majestic, Demin needed a little something extra. “Although they are wonderful facilities to spend a close encounter with the most genuine of the local landscape -she explains-, a higher step was needed for an even more exclusive experience”.

With that idea in mind, Félix started his story as an entrepreneur with an investor. Alexander Lebedev appeared there, a former KGB agent and one of the most renowned Russian fortunes in the world, so much so that Forbes magazine included him in its list of the wealthiest millionaires in his country and ranks 358th among the richest in the world. world with a fortune estimated at 3.1 billion dollars. With Lebedev’s money and Demin’s ingenuity, the world’s first vacation villa was created on a jet perched on a cliff 150 meters above the ocean on the Island of the Gods, near Nyang Nyang Beach.

“Externally we acquired a jet plane that we have converted into a luxury hotel Demin recounts. My partner, former banker Alexander Lebedev invested in the Private Jet Villa project, a hotel-villa in a vintage old boeing 737 that is located on a rock and that we have converted into a private villa of exquisite elegance, without losing an iota of the structure of the plane. My goal is to create beautiful spaces and meaningful moments that enrich guests’ lives by providing an unforgettable experience of living in a unique place.”

It was about to be sold for scrap to China when they bought it. It took more than a dozen specialists a week to transport his parts to the cliff after obtaining the necessary access permits.

It is an epitome of uniqueness and a must-see destination in the country. “Not only has it been a success for seekers of the exotic, but it has become one of the desired photographs of Bali, as if the town had added a new temple,” says Demin. So much so that many Hollywood shoots are on a to-do list, which has added more attractions to make it one of the best options for tourists, including celebrities.

With one side of the plane overlooking a cliff that allows you to sit in one of its doors with your legs swinging on the stones and the seen towards infinity, the interior design proposal combines natural materials in neutral tones with pristine white of the original aeronautical structure.

One of the wings is arranged as a terrace for sunbathing. A staircase gives access to the side of another of the wings with a chill out space to relax among a scenery of vegetation and turbines.

The toilets they have unique views through the hatches. the hot tub perched on one end of the plane, where wood and linen in beige colors accompany relaxation from the look.

Private kitchen, wet bar, executive desk that need inspiration even when they rest, a series of suites all in the same range of colors: a soft light ocher and the inevitable white. A high-flying experience, even if it doesn’t take off from the ground.

Staying on a plane: an inveterate traveler and a former KGB agent opened a hotel in an unexpected place