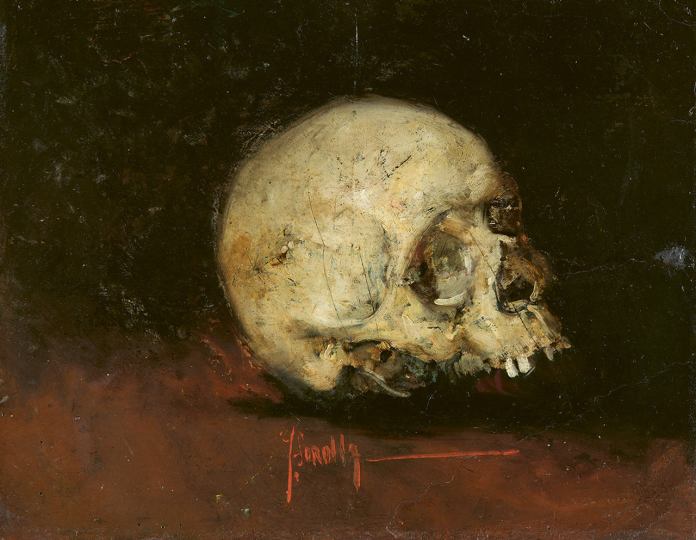 BBVA presented this Wednesday the exhibition ‘Art and spirituality. Imagine the extraordinarywhich will be exhibited between September 8 and October 23, 2022 in the Villanueva Pavilion, located in the Royal Botanical Garden of Madrid.

The exhibition, with almost fifty pieces distributed in four sections, proposes a meeting between the collection of ancient art and that of the 20th and 21st centuries, reflecting the richness and variety of the BBVA Collection in various media and techniques: painting, sculpture, photography and installation; in addition to some work of video art.

Specifically, a cast of 43 artists, such as Luis Vélez, Joaquín Sorolla, David Teniers II, Pablo Palazuelo, Nacho Criado, Ouka Leele, Juan de Soreda or Jaume Piensa, mostly belonging to the BBVA Collection and some lent courtesy of other collections. The exhibition aims to highlight the importance that spirituality, understood as a universal phenomenon, has had on artistic creation over time.

A journey in four chapters

This exhibition seeks to highlight the importance of spirituality in artistic creation over time, through four sections that cover the origin to the transience of life. In the words of the curator, “he proposes images presented as apparitions, clear and ardent presences that, although they go through different times in the history of art, seem to have arisen in a new moment of time, as if we were granted privileged assistance at the moment of an event” .

The journey through this set of extraordinary images begins with pieces such as the metaphysical box by Jorge Oteiza, which exemplifies the birth of the image of the invisible. The second section hosts creations related to images of the sky and their symbolic equivalents –paradises, gardens or Edens-, and also those that illustrate the opposite, death and desolation –deserts and graveyards-. Themes represented with works by David Teniers, Ouka Leele, Yves Tanguy or César Manrique.

Extraordinary manifestations of the supernatural, such as ecstasy, miracles or apparitions, are reflected in the third section that features the works of Bill Viola or Luis Velez as main representatives. In addition, the visitor will be able to contemplate some pieces that relate a more common and close connection with the divine, such as the small private altar of John of Soreda or the sculpture of Sea Solis.

The last part of this tour revolves around the idea of ​​the transience of life, whose representation par excellence is the vanitas. The spectator will have at their disposal several exceptional pieces, such as an anonymous painting of Saint Jerome, or two vanitas of Joaquin Sorolla Y Marina Abramovich.

In addition, the mysticism of the experience is reinforced by a musical selection made by Joan Gómez Alemany, entitled ‘Music and spirituality. Hear the extraordinary. An eclectic compilation that transports us to various ways of understanding spirituality around the world and which the public can access through a QR code. The Ripple performance will be screened in one of the exhibition halls. Expansive wave by the artist Mar Solís, which was presented for the first time during the opening of the same exhibition in Bilbao.

At BBVA, culture and art are key elements in the generation and dissemination of knowledge and constitute an essential tool for economic and social transformation. Likewise, the entity has contributed to preserve and consolidate the Spanish cultural heritage through the BBVA Collection. It currently has around nine thousand pieces, reflecting a wide variety of genres, styles and materials, which gives it an exceptional character. In addition, the installation of artistic works in BBVA’s most emblematic buildings throughout Spain contributes to promoting the integration of art in the work environment.

To bring this heritage closer to a wider audience, the BBVA Collection website offers very diverse content and virtual spaces. In this way, thanks to technology, any user can enjoy more than a thousand pieces that can be seen in detail to deepen their knowledge. It is even possible to explore the most current creations by the hand of their authors or visit exhibitions in virtual reality, such as by 20th century art in the BBVA Collection either Concordances, a collaboration with the BBVA Collection in Mexico. This digital window reveals part of the work that BBVA carries out to contribute to the promotion and dissemination of art and culture.

The opening ceremony was attended by Esteban Manrique, director of the Royal Botanical Garden, Juan Carlos Hidalgo, director of the BBVA Territorial Center, Desirée Granda, global director of BBVA Real Estate and Services, and the exhibition’s curator, Alfonso of the Tower.

“This exhibition organized by BBVA with funds from our collection arises from our commitment to culture, from the conviction that art and culture are key elements to positively transform people’s lives”, stated Desirée Granda, Global Director of Real Estate and Services at BBVA. During the presentation. Granda also added that the idea is to make available to everyone and share with the public a small but important selection of the 9,000 works that form part of BBVA’s artistic heritage.

The visitor will be able to contemplate how the artists have reflected on and transmitted their own spirituality to their works, each using various resources such as religion, philosophy, light, emptiness, silence, metaphor or symbol. His works evoke the experience of the supernatural, which is an invitation to the viewer to “imagine the extraordinary”.

‘Art and spirituality. Imagining the extraordinary’: the BBVA Collection is exhibited at the Botánico