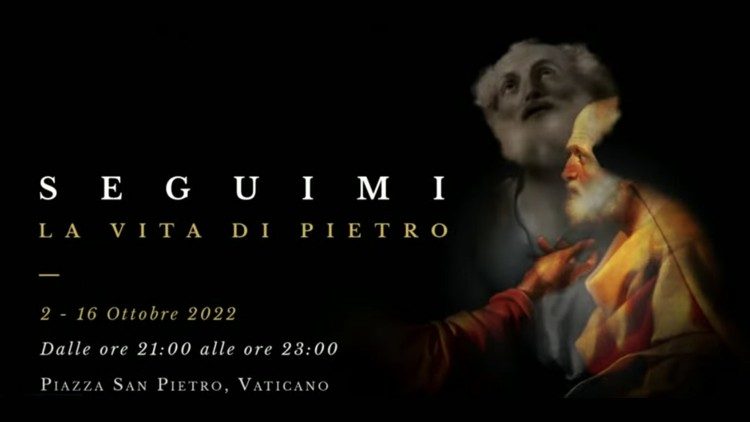 The itineraries of art and faith of the pastoral activities of St. Peter’s Basilica were presented in the Press Room of the Holy See: the first stage is the projection on the facade of the Vatican Basilica from 2 October next of the videomapping “Follow me. Peter’s life “

Show the face of the Mother Church which welcomes everyone and knows how to address an authoritative word to each one. This in the words of Cardinal Mauro Gambetti, vicar general for the Vatican City, is the objective of the art and faith itineraries of St. Peter’s Basilica presented this morning in the Holy See Press Office.

“What is the face of the Church?” Asked the cardinal. “That of the Pope? That of the missionaries? That of the scandals? The doctrinal one of catechism or that of social commitment? It is necessary to dust the mirror so that the reflected image is clearer and more legible ”. The thought is already projected to the next Jubilee of 2025 when about 30 million pilgrims are expected in Rome. It is to them that we want to indicate an authentic image of the Church. “We wish to remove the dust from the mirror and show the face of the Church of the origins and originating, founded on Peter and on his profession of faith in Jesus Christ, son of the living God”.

The first stop on this itinerary is the videomapping “Follow me. The life of Peter “, which will be screened for the first time on the facade of St. Peter’s Basilica on 2 October next at 9 pm. It will last about 8 minutes and will be offered from 2 to 16 October, from 9 to 11 pm, every 15 minutes. The scenes narrate in the first person through the voice of the actor Flavio Insinna, with subtitles in other languages, the salient moments of Peter’s life: from the call to following, from mission to martyrdom.

The facade of the Basilica thus becomes one of the most evocative screens in the world. The iconographic repertoires are those of the Fabbrica di San Pietro and the Vatican Museums with images of great artists such as Raffello, Perugino and Guido Reni. The story is structured through technological tools capable of enhancing and harmonizing figures, sounds and words in an intertwining between ancient and modern, between new technologies and the timeless heritage of art kept in the Vatican. The goal is to foster in pilgrims and visitors the knowledge of the humanity and spirituality of the Apostle, his impulses, falls, tenacity, doubt, tears, thus having the possibility of recognizing himself in his life experience.

Itineraries of art and faith

The itineraries of art and faith of St. Peter’s Basilica, proposed in synergy between the Chapter of St. Peter, the Parish of St. Peter and the ‘Fratelli Tutti Foundation’, include a series of events entitled “Lectio Petri” which will take place from 25 October in the Basilica with Cardinal Gianfranco Ravasi, president of the Pontifical Council for Culture; the spiritual journeys in the Petrine places of the city of Rome organized starting from December in collaboration with the Vicariate of Rome; the proposal of a Via Petri in 12 stations, a pious practice that describes the parable of the life of the Apostle; daily prayer on the Tomb of Peter offered to pilgrims and visitors together with the recitation of the Rosary. “In this way – explained Cardinal Gambetti – we want to provide people with an incentive so that as pilgrims on the Tomb of Peter they can live an experience of faith, of encounter with the Lord, recognize themselves as brothers and start renewed with depth”.

The school of arts and crafts is reborn

Among the most interesting initiatives is the rebirth of a tradition that has its roots in past centuries: the “school of arts and crafts”. “Our mission is to foster fraternity and social friendship”, explained Father Francesco Occhetta, general secretary of the Fratelli Tutti Foundation: “the school will start in January in collaboration with the Fabbrica di San Pietro: we will host about twenty children for six months who will learn from our workers in the Basilica the art of mosaic, chisel, carpentry. “.

The center and the suburbs

“The hope – concluded Cardinal Gambetti – is that everyone can come to know the beautiful and luminous face of the Church of Jesus. The centrality of the Church of Rome is a fact, but in order to be useful and meaningful it needs to be animated and supported. from churches around the world “. The necessary union between center and suburbs will be clearly visible, for example in June when the “Festival of the Fraternity” will take place in St. Peter’s Square, an event in connection with various squares around the world in which various artistic expressions linked to different peoples and cultures will alternate .

The life of St. Peter on the facade of the Basilica – Vatican News