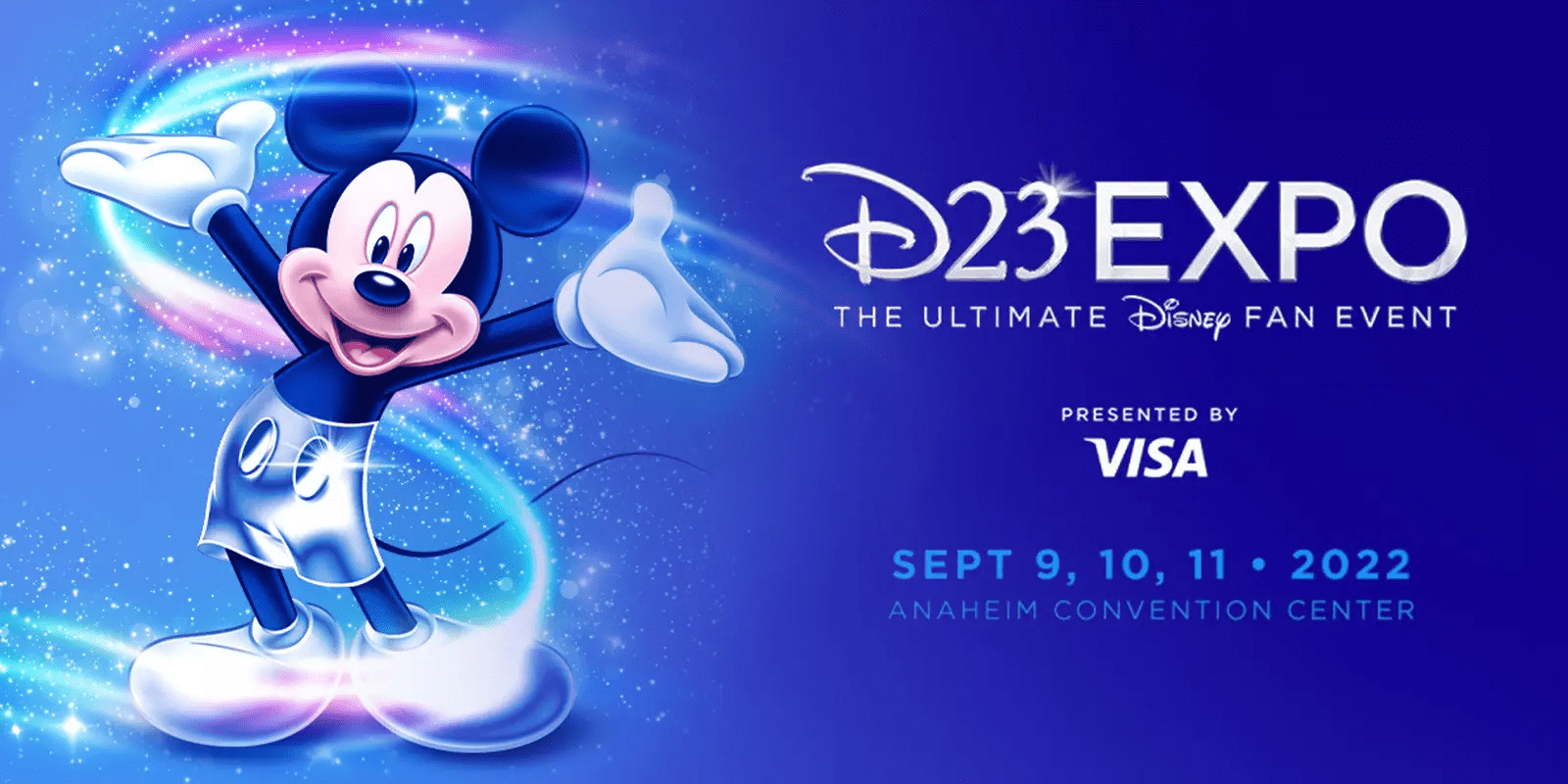 In addition to the announcements made on the prequel of The Lion King, on The Little Mermaid, on Come d’Incanto 2 and on Hocus Pocus 2, there were several news revealed during the D23 Expo 2022. Below we list all the news of the first day of D23 dedicated to live-action and Disney animation.

The Walt Disney Studios sparked the heat in Hall D23 of the Anaheim Convention Center, where thousands of fans gathered at D23 Expo 2022 to be the first to have access to big announcements, new details and future plans for Disney Live Action, Pixar. and Walt Disney Animation Studios.

PETER PAN & WENDY turns the spotlight on iconic characters in a whole new way. Joining Bailey on stage were cast members Alexander Molony (Peter Pan), Ever Anderson (Wendy), Alyssa Wapanâtahk (Tiger Lily) and Captain Hook himself: Jude Law. The new film delves into the story of Wendy joining the boy who refuses to grow up on a magical journey to Neverland and reveals the story of the rivalry between Peter Pan and one of Disney’s most memorable villains. The cast talked about what fans can expect from the new film and shared an exclusive first look at the film with the D23 audience. Directed by David Lowery and produced by Jim Whitaker, the live action reinterpretation of the 1953 animated classic will be available on Disney + in 2023.

The director of HAUNTED MANSION Justin Simien, who previously worked at Disneyland talked about the spooky adventure. Inspired by the classic theme park attraction, Haunted Mansion tells of a woman and her son who reach out to a diverse group of so-called spiritual experts to help them rid their home of supernatural intruders. Some images of the film were shared exclusively with the public at D23 Expo, then the queen of horror films, Jamie Lee Curtis, was welcomed and made an unforgettable entry aboard the classic Haunted attraction wagon Mansion. Curtis plays Madame Leota in the film, due out next year.

SNOW WHITE is a live action reinterpretation of the classic fairy tale, with Rachel Zegler in the title role and Gal Gadot in the role of the queen, Snow White’s stepmother. The two stars of the film joined Bailey to talk about their roles and to share a very first look at the iconic characters of the 2024 film, directed by Marc Webb, produced by Marc Platt and featuring new songs by Tony, Grammy and Oscar Pasek & Paul.

Filmmakers Peter Sohn and Denise Ream talked about ELEMENTAL, a new original feature film due to arrive in 2023. Sohn, who directs the film, shared the personal inspiration behind it: a story of immigrants pursuing their dreams in beautiful neighborhoods where languages ​​and cultures meet. The directors presented the characters of Elemental, set in a city whose inhabitants are fire, water, earth and air, and live together. Ember is a tenacious and “ardent” young woman, while Wade is a funny, cheeky and “go-with-the-flow” guy. Helping them come to life in the original version are Leah Lewis and Mamoudou Athie, who were warmly welcomed on the stage in Hall D23. The audience got an exclusive look at the film and received a mini-poster featuring Ember and Wade.

The directors of WIN OR LOSE Carrie Hobson and Michael Yates provided a deeper look at Pixar’s first long-form series and what inspired it. Win or Lose follows the Pickles, a mixed middle school softball team, in the week leading up to the league game. Each episode takes place in the same week, highlighting the point of view of a different main character – the players, their parents, the referee – which is reflected in a unique visual style. Hobson and Yates revealed that Will Forte will voice coach Dan in the original version and shared a salute from Forte recorded for the occasion, followed by an exclusive clip for fans. Win or Lose will be available on Disney + in 2023.

Following a light show and a threatening message that read “Bring Us Your Leader”, Docter welcomed director Adrian Molina and producer Mary Alice Drumm to the stage to present, for the first time ever, the projects for the feature film. original ELIO. In the story, Elio is an eleven year old dreamer, artistic, creative and always closed at home who finds it difficult to integrate with others. Meanwhile, Mom Olga, who heads a top-secret military project, is working to decode a strange signal from outer space. But it is Elio who establishes contact, is teleported into space and is mistaken for an intergalactic Earth ambassador. America Ferrera, the original voice of the intelligent and super self-confident Olga, was invited to the stage together with Yonas Kibreab, who always lends his voice to Elio in the original version. Kibreab has revealed to the public that Elio will be released in 2024.

Jennifer Lee, Walt Disney Animation Studios ‘Chief Creative Officer, received a warm welcome from fans who were delighted to hear the details of the Studios’ plans for a full year of 100th anniversary celebrations.

“At Walt Disney Animation Studios, where it all began, on the eve of our 100th anniversary, we live this day as a privilege and a promise,” said Lee. “It is a privilege to be the custodians of a Studio and a dream that Walt and his brother Roy started a century ago. And a promise to continue taking risks with our storytelling, exploring, expanding and transforming the possible into the real, just like Walt did ”.

Lee then went on to talk about the opportunities created by Disney + for Disney Animation, retracing the numerous titles arriving on the platform, including new series such as ZOOTROPOLIS +, which will debut on Disney + on November 9th. Fans were then able to watch the trailer for the new short-form series, returning to the fast-paced mammalian metropolis, delving into the lives of some of the Oscar-winning film’s most intriguing residents.

It will arrive on Disney + in 2023 IWÁJÚ, a completely new original series created in collaboration with Kugali, a Pan-African entertainment company producing comic books. Lee invited Kugali filmmakers Olufikayo Ziki Adeola, Hamid Ibrahim and Tolu Olowofoyeku to the stage who introduced the setting for the series: a love letter to Lagos, Nigeria. Olowofoyeku and Ibrahim described the world of Iwájú as a futuristic representation, a place bursting with color, with unique visual elements and technological advances inspired by the spirit of Lagos, which is physically divided into an island and a part of mainland, separated by both from water and from socio-economic conditions. The coming-of-age tale introduces Tola, a young heiress of the affluent island, and her best friend Kole, a self-taught tech savvy and loving mainland son. The filmmakers shared a first image from the series with fans.

Lee then talked about the upcoming Disney Animation feature, introducing the directors of STRANGE WORLD – A MYSTERIOUS WORLD. Director Don Hall and co-director / screenwriter Qui Nguyen share their personal connection with the film, which is about an incredible family who must overcome their differences to save a mysterious world full of dangers and surprises. Audiences watched a brand new trailer for the 61st Disney Animation movie before members of the original voice cast consisting of Gyllenhaal (Searcher Clade), Dennis Quaid (Jaeger Clade), Jaboukie Young-White (Ethan Clade) and Lucy Liu (Callisto Mal) joined in the celebration. Fans also got a look at an action-packed sequence from the film and received an exclusive poster. Produced by Roy Conli, Strange World – A Mysterious World also uses the original voice of Gabrielle Union (Meridian). The film will be released in Italian cinemas on November 23, 2022.

In the final moment of the presentation, Lee returned to the stage to officially unveil the new original Disney Animation feature film, WISH, due out in 2023, on the occasion of the 100th anniversary of the firm. A film that could only come from Walt Disney Animation Studios, the epic animated feature is inspired by the legacy of the studio’s films and asks the question: “How did the wishing star come about, to which so many characters have turned to express your own desire? “. Directors Chris Buck and Fawn Veerasunthorn illustrated the story, set in Rosas, the realm of wishes, where dreams can literally come true. The audience was introduced to 17-year-old Asha, an optimistic girl with a keen intelligence who cares about her community. In a moment of desperation, Asha throws a passionate request to the stars, which is fulfilled by a cosmic force, a small ball of boundless energy called the Star. Together, they face the most fearsome foes to save her community and prove that when the will of a brave human joins the magic of the stars, wonderful things can happen. Actor Alan Tudyk joined the directors on stage to share an animation test of his new character, a goat named Valentino. Buck, Veerasunthorn and Lee then presented Asha’s original voice, actress Ariana DeBose, who blew up the theater by singing a brand new original song written by Julia Michaels, author of all the songs on Wish. The captivating performance of Ariana DeBose’s “More for Us” closed the showcase in typical Disney style. Lee is the screenwriter of the film, Peter Del Vecho is the producer and Juan Pablo Reyes the co-producer.


D23 Expo 2022: all the other Disney live-action, animation and Pixar news | Nerd League