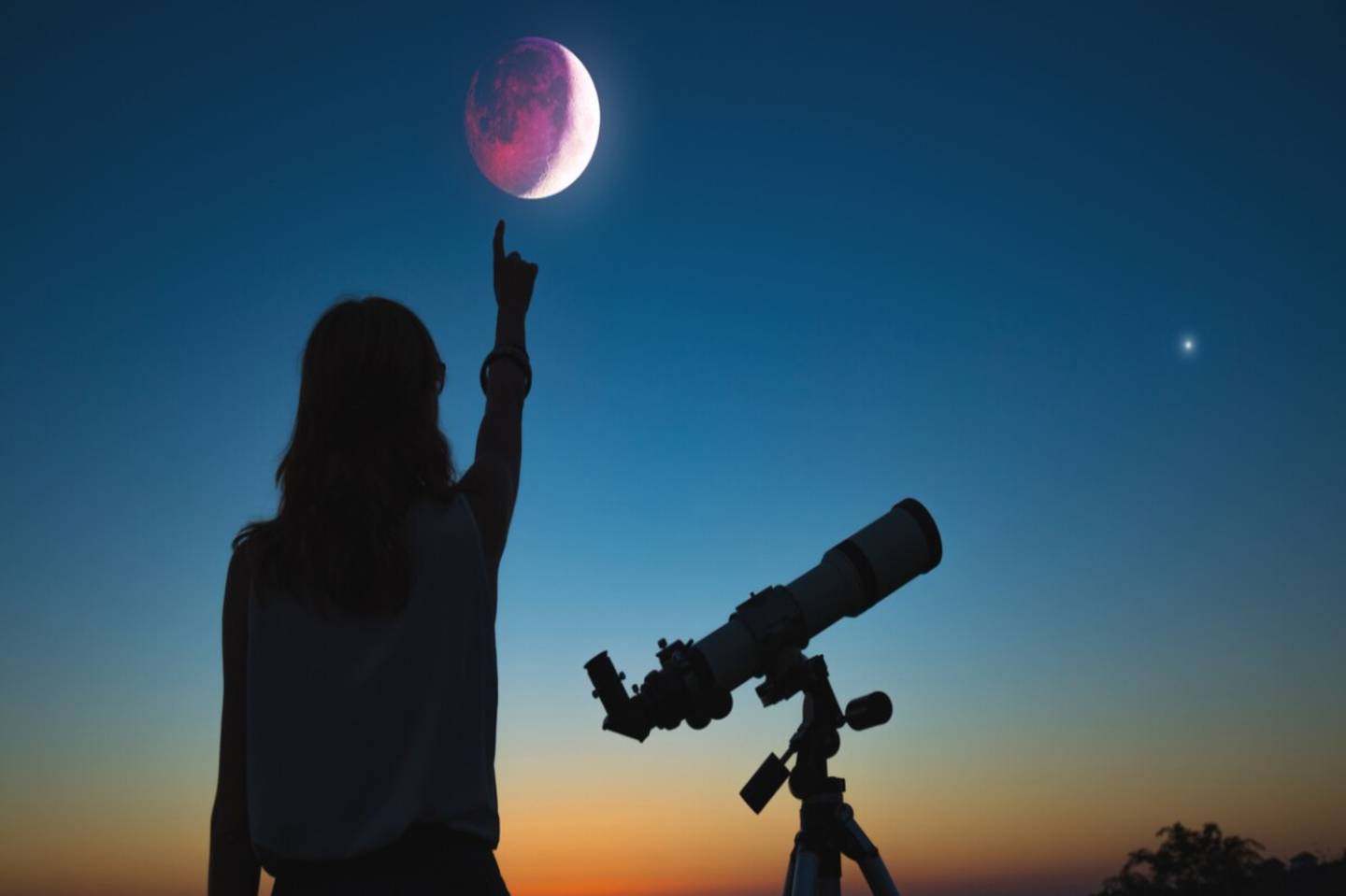 Since ancient times, eclipses They are feared phenomena for the belief that they warned about catastrophes, plagues, revolutions or the fall of an empire.

Fear awoke in ancient civilizations because the absence of the sun king in broad daylight, left the earth in darkness when it was an eclipse of the sun.

In the case of lunar eclipses, turning reddish was a sign of bad omens.

What is an eclipse?

The word eclipse comes from the Greek “ekleipsis”, which means abandonment. And this is precisely an eclipse: the temporary total or partial disappearance of a star due to the interposition of another celestial body before the eyes of an observer.

Through the evolution of science and research, we know that They are astronomical phenomena that occur from time to time where the sun, earth and moon align in the Solar System.

for astrologers the meaning is different This alignment unleashes powerful energies that have consequences in people’s lives.

In the spirit world symbolize transformations and mark important events in life.

For example, it is believed they indicate the end of one cycle and the beginning of anotherbut on a more powerful level than a new or full moon.

Regarding the partial solar eclipse that will take place this Saturday, April 30the tarot reader Carolina Isava, assured that this phenomenon, the first of 2022, will generate “radical and sudden changes, so we could experience a transformation in what we value and want.”

According to the National Aeronautics and Space Administration (NASA) explains that in a year between four and six eclipses can occur at new or full moons.

The astronomers explain that these phenomena arrive in pairs and one followed by another as it will happen in 2022, reported La Opinión.

Astrologer Kyle Thomas touched on the subject for New York Post and said that these events impact the lives of human beings.

It specifies that solar eclipses in the spiritual tend to “Exalt emotions, represent joy, kindness and embark us on a new path.”

While the lunar eclipse “They represent introspection, breakups, fears, shadows and underlying feelings.”

He recommends that before, during and after these phenomena, human beings “let themselves be carried away by the energies of the universe and accept change.”

“It is not the best time to make important decisions in life or be impulsive, since you do not have all the information yet”he said, while stressing that neither it is conducive to “perform rituals or energy work”.

On the other hand, Isava considers that the powerful new moon that will be on April 30 “It will activate things that we had to solve.”

This eclipse seeks that “Let’s be more realistic and value the little things in life. It also warns us that we must work patience and common sense.

As for astrological symbolism, they say that it affects our destiny or karma, that is, things that were destined to happen happen.

“Depending on where you are in your birth chart or your zodiac sign, you will often see a massive change in one area of ​​your life,” Thomas wrote in an article.

the spanish magazine good vibeshighlights that a solar eclipse can symbolize the momentary disappearance of our inner potential. Then we feel the absence of personal power, of will, of the ability to visualize goals.

A lunar eclipse, instead, forces us to check our past (Moon) in the light of current experience. Thus, it can be related to confusion and propitious moments to hide, hide, promote or expand “shadows” of emotional manifestation.