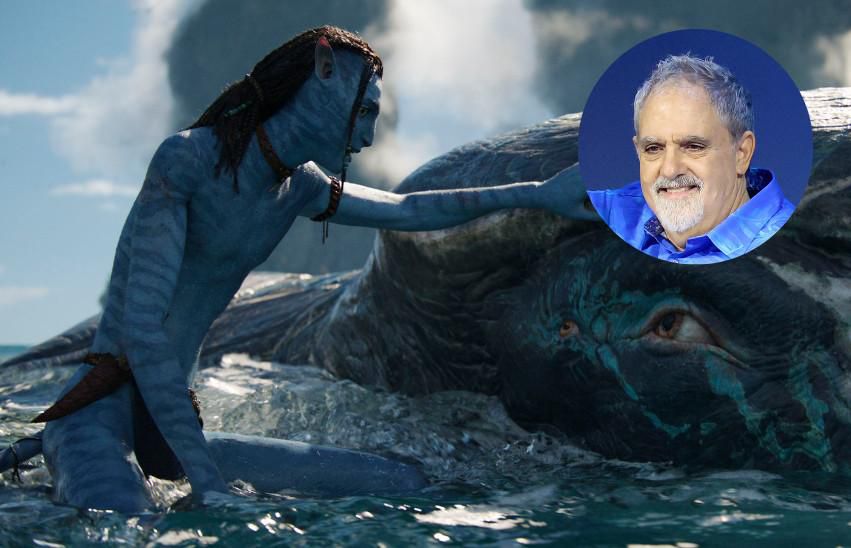 “Avatar 2: the way of the water” arrives in French-speaking cinemas on December 14. Preview and interview with the Oscar-winning producer of the saga, Jon Landau.

Box office record holder James Cameron will save a gloomy year for cinemas with the sequel to the most profitable film in the history of cinema? “Avatar 2: the way of the water”, from December 14 in French-speaking Switzerland, will probably bring in less than the masterpiece released in 2009 (2.7 billion francs to date). That said, we expect a lot from this return to Pandora, repeatedly postponed and long awaited.

To make our mouths water, Disney invited us in mid-September to a screening of excerpts from the film in a London cinema. While being careful not to reveal too many details on the context of these scenes in the story and on the plot, which takes place ten years after the first part. Here’s what we picked up and learned.

“Avatar 2” resurrects the frightening Colonel Quaritch (Stephen Lang), left for dead thirteen years ago by the arrows of Neytiri. The villain appears here in the form of a Na’vi avatar and continues to attack the blue humanoids. The importance of family is a central theme of the story. Jake Sully (Sam Worthington) and Neytiri (Zoe Saldana) have three biological children (eldest Neteyam, Lo’ak, Tuktirey) and two adopted kiddos (Kiri and Spider). It should be noted that Spider is a human and Kiri a Na’vi teenager, played by Sigourney Weaver. The septuagenarian actress was obviously Dr. Grace Augustine in the original and died at the end. As James Cameron said, “In science fiction, no one is ever actually dead.”

Driven from their forest paradise, the Sullys take refuge with the Metkayina, people of the ocean (whose spiritual leader is Ronal, played by Kate Winslet). The aquatic scenes are breathtaking in their beauty and realism, even if the marine fauna is very different from that which can be admired in a wildlife documentary by Richard Attenborough.

Producer of the saga, Oscar winner for “Titanic” and longtime accomplice James Cameron, Jon Landau gave us an interview in London.

In the era of the supremacy of superheroes in cinema and the rise of streaming platforms, where does “Avatar 2” position itself?

In the same place as in 2009, that is to say by offering something different and unique. I have nothing against superhero movies because I go to see them at the cinema, but “Avatar” is about something, has a theme. We don’t come out of the room just saying “wow, that was exciting”, we also felt something. And then there’s some great streaming content, but most of it wouldn’t hold up on the big screen.

“Avatar” was a technological revolution. What innovations in this sequel?

For example, we shot underwater scenes that were never done that way. You probably know that the actors had to shoot in apnea. But we think less about the fact that the cameramen and rescuers also had to hold their breath because the air bubbles disrupted the motion capture system.

And how do you communicate that to viewers?

We don’t want to let them know. We want them to know that “Avatar” uses technology so they forget about technology while watching the movie. So, when you look at a scene, you don’t wonder if it’s green screens or motion capture. We are just immersed in the story. You probably know that not every water scene you’ve seen has been photographed. Everything on the surface or under water was created in the computer. But if you don’t think about that while watching these scenes, we pulled it off.

In that case, should ‘Avatar 2’ be nominated for an Oscar in the Best Animated Feature category?

No, and I’ll tell you why. By definition, an animated film employs animators to drive the performance of the characters. Not us. Visual effects are different. It’s about integrating visual elements into a photorealistic world that incorporates live action elements. We have sixteen cameras filming the actors and, when we move on to visual effects, we make sure that they are the ones we see on screen.

Did Kate Winslet notice a difference between the James Cameron who directed her in ‘Titanic’ and the one in ‘Avatar 2’?

I think one of the things Kate noticed was that when you’re directing a big-budget movie with live action, like “Titanic,” you have to behave like a general. You have to move the cranes, the lights, the thousands of extras. And always directing the actors and getting the performances you want. When you make a film with motion capture, you don’t worry about the cranes, the light, the fact that the sun is going to rise in half an hour or that it’s going to rain tonight. What matters is the performance of the actor. James’ favorite thing about directing is working with the actors.

“Avatar” was an eco-fable. “Avatar 2” is released amid global eco-anxiety. What impact on this film?

We knew we wanted to continue to send this green message because it’s important. Filmmakers have a responsibility to try to influence and change things. But there are other problems in our world. Teenagers are looking for each other, for example. In the film, Kiri and Lo’ak try, each in their own way, to discover their identity. Kiri has never met her mother or father and questions the purpose of her existence. Lo’ak considers himself an outcast because he is different. He is mixed-race, a member of the only mixed-race family in the community, and lives in the shadow of his father who was a hero. And then look at what happens to the Sully family. They are forced to flee their homes and become refugees. Again, this is a topic very appropriate today. Finally, there are the invaders. What are they looking for? Why are they coming back? It is therefore not just a question here of protecting the forests or the oceans. It is about the need for individuals and society to have a moral compass.

We do not yet know the answer to several questions posed by this sequel. For example, how Sigourney Weaver and Stephen Lang are back. Are you looking forward to revealing all of this to viewers in this installment and beyond?

I think audiences often want everything to be nicely resolved in a movie. Not us. We are curious people and like to keep a bit of mystery. We want the story to come to its conclusion, but not every question requires an answer. We leave some questions unanswered in this film and it will be the same in the next installments.