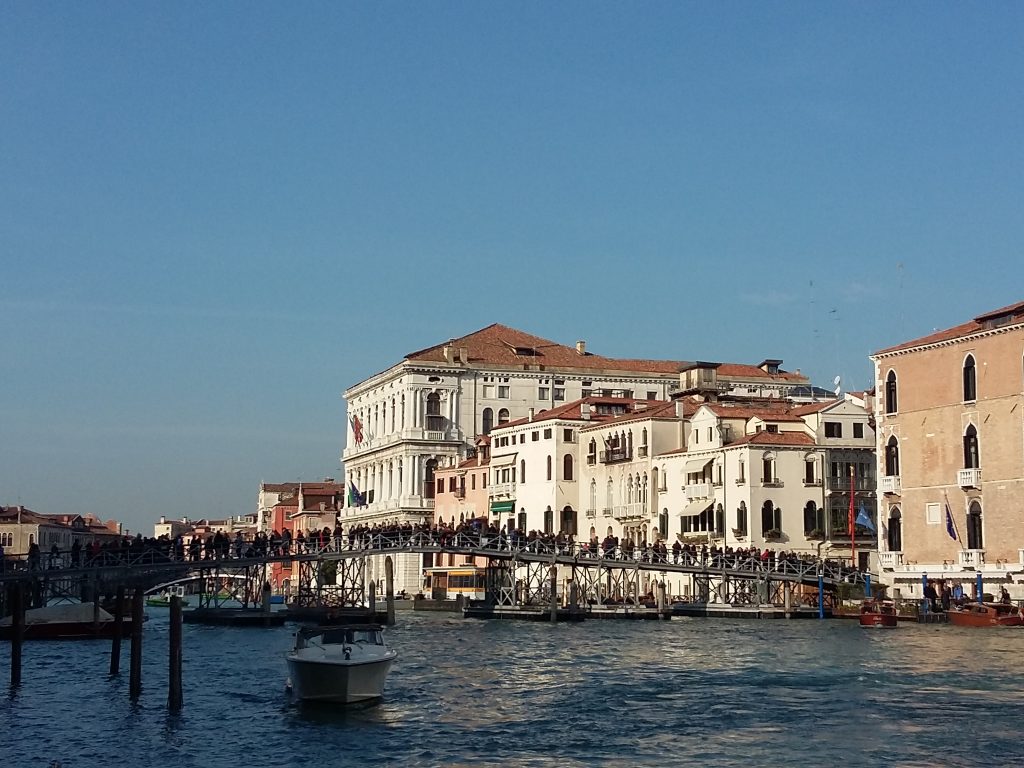 The veneration for the Madonna della Salute was born from a pandemic. And that icon – of great spirituality as well as of ancient and extraordinary charm – chosen to represent the Madonna is called Mesapanditissa, which means mediatrix of peace: in front of her image the Venetians and the candiotti (the icon came from Candia) had found a peace agreement after decades of war. These two messages summarized in the anniversary of the Madonna della Salute are very timely. For over three centuries, November 21st has been the religious appointment par excellence in the city of Venice, the one that brings believers and non-believers on pilgrimage to the Basilica.

The votive bridge opens today at 12 with the blessing of the Patriarch of Venice Francesco Moraglia. If the pandemic has forced us to experience the feast of the Madonna della Salute in a widespread way in recent years, the good practice of avoiding gatherings is repeated again this year, both due to the pandemic emergency and to avoid an excessive concentration of attendance. Our Lady of Health will therefore be lived, this is the address of the Patriarch, in all the parishes and in all the families of the Diocese, as well as in the Marian sanctuaries that are located in the territory of the Patriarchate.

The Basilica of Health Sara also open in the days preceding November 21st, with four evening openings led by different ecclesial realities. The last one tomorrow Saturday 19 November starting at 20.45. The Basilica will remain open until Tuesday 22, with a special moment dedicated to young people Sunday 20, pre-Festa della Salute. The young people of the Diocese will participate, as per tradition, in the Marian pilgrimage reciting the rosary led by the Patriarch. Appointment in Campo San Maurizio at 18.30; from there the procession will start, which will culminate in the Basilica della Salute with a brief act of entrustment to Mary by the Patriarch Francesco Moraglia.

This year the pilgrimage will be accompanied by the relics of Carlo Acutisthe young man beatified by Pope Francis on 10 October 2020. Kept in Assisi, they have arrived in our Diocese for a few days.

On 21 November, Festa della Salute, the Basilica will be open from 5.45 to 22.30. The Masses on the 21st will be at 6, 7, 8, 10, 14, 15, 16, 17, 18, 19, 20. The Mass at 10 will be presided over by Patriarch Francesco Moraglia And broadcast live by Antenna 3 and through the Gente Veneta Facebook page. Participation in the celebrations, but also the pilgrimage to the Basilica della Salute and the pause in recollection, will allow for obtaining the plenary indulgence. Even for the faithful who will follow Mass remotely.

The Health Fair will begin on Saturday 19 November with the traditional stalls (in campo della Salute and San Gregorio, Rio Terà dei Catecumeni and Rio Terà dei Saloni) of religious articles, sweets and balloons. Extraordinary opening of civic museums Sunday and Monday. Until 21 November the Guggenheim Collection is open for free for residents or born in the municipality of Venice, residents of the 44 municipalities of the Metropolitan City of Venice, and male and female students of Venetian universities (Academy of Fine Arts, IUAV, Ca’ Foscari University, Benedetto Marcello Conservatory, Venice International University). Entry to this by reservation links, subject to availability. To access, you will need to show an identity document or university card certifying the right to free admission.

The plague, the vote of the Serenissima and the basilica of Longhena

On the occasion of the anniversary, the large advertising banner that currently and until next June 2023 will cover the scaffolding for the restoration of the facade of the Basilica will be removed and replaced with a reproduction of the icon of the Virgin of Health. The party was born, as known, from the epidemic of plague that struck Venice in the 17th century. It caused the death of 47,000 people, about a third of the Venetian population at the time. Doge Nicolò Contarini and patriarch Giovanni Tiepolo made a solemn vow to the Madonna that they would build a temple in her honor if the city survived the epidemic. The infections decreased until they stopped. The government of the Serenissima completed the vote and had it built, entrusting the project in Baldassare Longhena, the Basilica of Our Lady of Health. The foundation stone was laid in 1631. Fifty years later, on 9 November 1687, the Basilica was consecrated by Patriarch Alvise Sagredo. As early as 21 November 1670, the extraordinary was placed icon of the Madonna placed in the center of the high altar.

Madonna della Salute: in Venice and throughout the Diocese – itVenezia