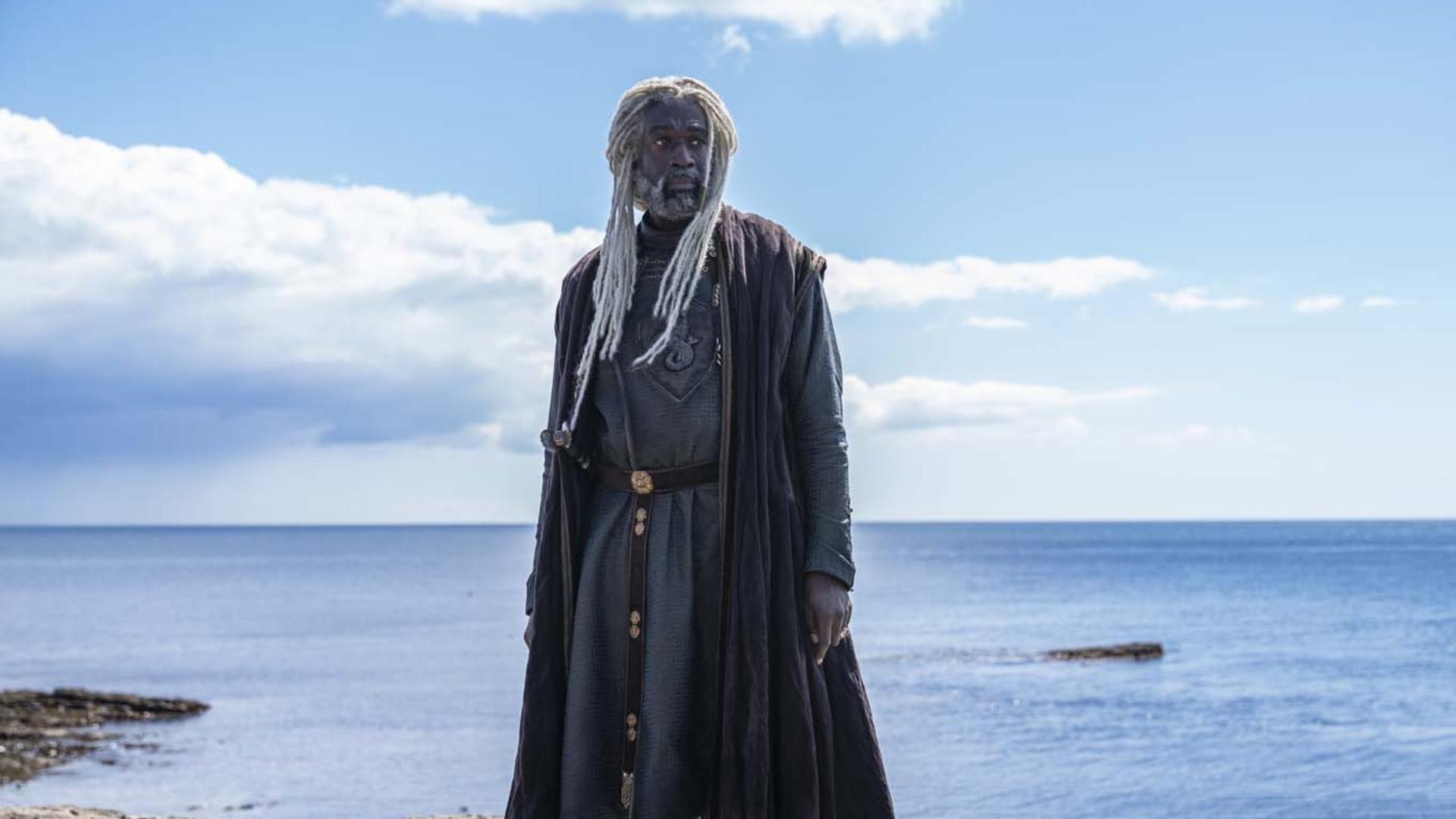 Steve Toussaint, the interpreter of Lord Corlys Velaryon, key character in the spin-off of Game of Thrones, denounces the racist comments of which he is the victim as a black person.

House of the Dragon has made a sensational entry into the very competitive world of platforms, becoming in the process the best start for an HBO series with 10 million viewers. Unfortunately, there is a downside. Internet users are at the origin of a wave of racism against one of the series’ leading actors, Steve Toussaint.

A black and rich character in House of the Dragon

In House of the DragonSteve Toussaint plays Lord Corlys Velaryon, the richest character in Westeros, whose role is central within the fiction. These two points did not fail to provoke the hatred of Internet users. The latter used as a pretext for this racist wave the fact that in books by George RR Martin, House Velaryon is described as having purple eyes and white-blond hair. The author does does not specify the skin color of the characters. However, in the series, the latter are black and wear long silver dreadlocks.

On August 16, the 57-year-old actor testified for The Guardian how he reacted to those racist comments :

“I kind of thought, ‘Oh, I get it’. When we were criminals, pirates and slaves in the other series, you agreed. But since this guy is the [personnage] the richest in the series and that he is a noble, that’s a problem for you. »

The crystallization of a debate on Game of Thrones

On August 22, the actor of Doctor Who or even of Judge Dredd spoke again in the columns of Men’s healthexplaining about the period dramas :

So many people get an idea of ​​an era from a few films made in the 50s, 60s and 70s, which bears no resemblance to reality. Historically, people of my color and your color, we didn’t come here in the 70s or 60s. (…) And as you said, they are happy with a flying dragon. They are happy with white hair and purple eyes, but a rich black man? It’s beyond what they can accept.

This controversy may echo that of the representation of sexist and sexual violence in the world of Game Of Thrones. The historical context is sometimes used as a pretext to disempower the aggressors, and to ignore the reality ofa scourge that persists in contemporary times. Fortunately, Steve Toussaint also echoed a positive reception of his character:

“ What’s been wonderful is that for every toxic person who somehow ended up on my timeline, there were so many more who supported me. […] When we were shooting certain scenes, there was secondary actors who came to see us and said “It’s great to be represented.” »

A House of the Dragon actor denounces the racism he experiences: “A rich black? Unacceptable »