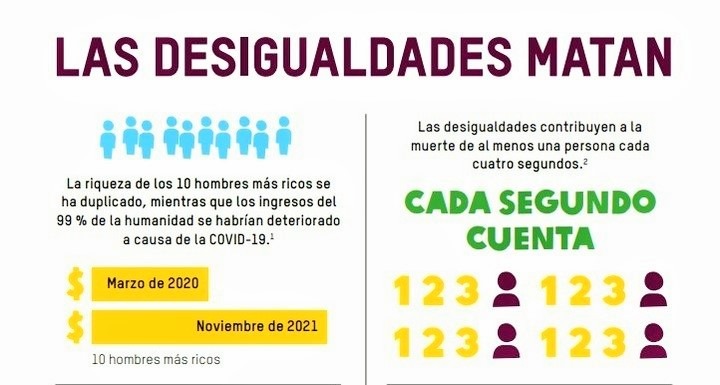 “We live in a world where structural injustice prevails, inequality advances by leaps and bounds, we suffer the loss of compassion in abundance and live an accommodating spirituality that offers no resistance to the system”

“The urgent task is, therefore, to free compassion from its false images and its passive practice and restore its true meaning, which is to side with others, in the place of suffering people in a relationship of equality and empathy. ”

“Theologically speaking, compassion consists of: lowering God from metaphysics and placing him in the field of ethics, which is the first philosophy and theology, and, specifically, of the ethics of compassion”

On October 28, the World Latin American Agenda for 2023 is presented in the parish of San Carlos Borromeo, whose title is “Community resistance. Meet again, act, resist”. I have accepted the invitation to participate in said act, but it is not possible for me to attend in person because that day I will be in Brazil inaugurating the Congress of Theology “Hermeneutics Coloniality, Spirituality”, organized by the prestigious School of Theology of Sâo Leopoldo. It will coincide with the elections of the second round in the Bolsonaro-Lula duel. I have recorded a video that will be broadcast during the presentation, the text of which I share with the people who follow RD.

We live in a world where structural injustice prevails, inequality advances by leaps and bounds, we suffer the loss of compassion in abundance and live an accommodating spirituality that offers no resistance to the system. Technological progress does not correspond to the practice of the moral values ​​of solidarity, fraternity-sorority, justice, equality and freedom, just as economic growth has not ended with the elimination of poverty. Quite the opposite: the greater the technological progress and economic growth, the less solidarity and compassion, the further we are from justice and equality and the more difficult it is to practice solidarity and fraternity-sorority.

Inequalities are reinforced through the different and deepening gapsamong which are the following:

– the economic-social between rich and poor, which leads to aporophobia

– the patriarchal relationship between men and women, which leads to femicide;

– the colonial between the superpowers and the survival of colonialism, which leads to the maintenance of coloniality;

– the ecological, caused by the model of scientific-technical development that predators nature, which turns nature into merchandise and leads to ecocide;

– Racism between natives and foreigners, which leads to xenophobia;

– The affective-sexual relationship between heterosexuality and LGTBIQ, which leads to hate speech against affective-sexual identities that do not respond to the pattern of heteronormativity and sexual binary: LGTBIphobia;

– The cognitive relationship between qualified scientific knowledge, on the one hand, and the knowledge of indigenous peoples and those born of popular struggles, which gives rise to the injustice of knowledge and leads to epistemicide;

– the global one between the North and the South, which ends in surcidio (word of own creation);

– the digital between those who have access to the internet and those who are deprived of it, which gives rise to multiple labor, cultural, and educational discriminations:

– The generational gap between adults and children under the adult-centric perspective, which gives rise to the systematic violation of children’s rights.

Especially dramatic are the phenomena of social inequality, ecological injustice, gender injustice, the practice of necropolitics and discard theory by neoliberalism, cultural injustice and lack of recognition, cognitive injustice and its manifestations of epistemological racism. These are phenomena that we have been experiencing severely in recent decades, along with the pandemic caused by the coronaviruswhich we are suffering all over the world with special harshness.

Such situations, whose negative effects are felt especially in the global South and among the popular majorities and the most vulnerable sectors, cannot lead to fatalistic, victimizing attitudes or acceptance of reality, alleging that “things are as they are and They can’t be any other way.”

Quite the opposite: they require activating the spirituality of resistance, a spirituality with open eyes and active militancy through social movements against the “globalization of indifference” (Francisco) and to the different systems of domination that act in coordination and also require a coordination of spiritualities and resistance struggles: capitalism in its neoliberal version, colonialism, which survives in its most subtle forms, anthropocentrism, which turns the human being not into caretaker of nature, but its predator, white supremacism, which hierarchizes humanity based on its ethnic-cultural origin prioritizing the white population, fundamentalisms, which impose a single thought always at the service of hegemonic powers, the imperialism, which subjects peoples and turns them into colonies, and warmongering, which acts under the friend-enemy logic.

Compassion with the victims

One of the practices of resistance to follow in the face of such destructive systems of nature, of humanity, of the religious pluriverse and legitimizers of the maintenance of structural injustice is compassion with the victims who, as the philosopher affirms Aurelio Arteta, is “a virtue under suspicion”. In its usual use, the word “compassion” refers to feeling sorrow and regret, falling into a kind of sentimentality far from praxis, it tends to be identified with a vague sympathy that is adopted from outside or from above with an attitude of superiority, it is usually live as moralistic behavior that conceals and legitimizes said situation.

It is often reduced to lamenting the misfortunes of others without siding with those who suffer them, deploring the sufferings of the people who suffer them without sympathizing with them or lifting a finger to avoid them or fight against the causes and people who cause them. And all this, frequently, from a blaming attitude of the suffering people, which leads to humiliation and leads these people to say: “don’t pity me”.

The urgent task is, therefore, to free compassion from its false images and from its passive practice and restore its true meaning, which is to side with others, in the place of suffering people in a relationship of equality and empathy., assume the pain of others as their own, suffer not only with others, but in others, to the point of identifying with those who suffer. Compassion requires actively participating in the suffering of others, knowing, thinking, seeing reality with the eyes, minds and hearts of the victims, without falling into paralyzing victimhood and fighting against the causes that produce it.

Compassion is a “passion” that spontaneously addresses the suffering of others and oppressed nature, and makes us truly human and people caring for the nature of which we are a part. Such an attitude requires taking seriously the evil that others suffer and that we have suffered or may suffer, and not trivialize it. To be a compassionate person it is not necessary that there be a previous affection, it is enough that we consider those who suffer as equal to us. This is the true meaning of compassion as an ethical principle and as a virtue to be practiced in both the personal and public spheres.

In turn, compassion must be located in the specific sociocultural and political context where it should be practiced so as not to offer an idealized and idealistic image or an abstract discourse that remains in the clouds and does not make a foothold in history. It is also necessary to highlight its revolutionary civic-political dimensionits relationship with justice, solidarity and gender equality, and its translation into a personal change and a structural transformation, thus fleeing from the conformist and legitimizing character of the established order that generates eco-human, individualistic and ahistorical suffering, in the one that has locked her up.

Special relevance must be given to compassion and love in the political sphere, where legal norms alone are not enough. As stated by the American philosopher Martha Nussbaum, Compassion and love are the bridge between the norms of justice and unjust social situations. Compassion endows public morality with the essential elements of ethics without which public culture would be empty. We must therefore speak of politically effective compassion and love.

Finally, it is necessary to incorporate compassion into the historical memory of the victims. A “subversive memory”, as claimed Walter Benjaminwhich is not limited to passively remembering the horrors of the past, but rather rehabilitates the victims, restores their dignity, repairs the crimes committed with impunity, denounces the perpetrators and commits not to repeat them.

Y theologically speaking, compassion consists of: lowering God from metaphysics and placing him in the field of ethics, which is the first philosophy and theology, and, specifically, of the ethics of compassion; lower God from the heavenly heights and place him on the side of the suffering people and groups; to lower Jesus of Nazareth from the transcendence that does not make a foothold in history and place him in the kenosis (Phil 2, 6-11), in the beatitudes and in the practice of commensality.

Liberation theologian and author of Compassion in an unjust world (Fragment, 2021)

Spirituality of resistance from compassion with the victims

After a massive goodbye, Pelé rests in the highest cemetery in the world
Inspired by the Ahl el Bayt (as) Iran defeated the seven
Enhancement of cultural heritage, public ranking Region: there is the Reatino
Tweet
Share
Share
Pin