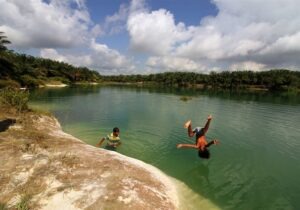 The Near / Far photographic exhibition can be visited in Rome from 28 October to 27 November 2022 at the Palazzo delle Esposizioni. (Fountain room). Free admission from via Milano 13, also at the Europea, Enzo Tortora, Pier Paolo Pasolini and Ennio Flaiano libraries. The photos dedicated to the UNESCO World Heritage and Intangible Cultural Heritage are present in all the exhibition venues.

Over 400 photographs taken by people from countries of the main migratory flows in Italy to portray their cultural and natural heritage, as well as photos of the World Heritage sites and elements of the UNESCO Intangible Cultural Heritage. 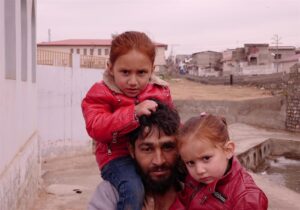 In particular, the Palace of Expositions shows photos of 12 countries from all continents according to different thematic strands; there Ennio Flaiano Library houses photographs of the Bangladesh taken by Ryan Ahmed and photos of the Bangladeshi community in Rome taken by Stefano Romano, while at the European Library you can admire photos onAfghanistan by different authors. In Enzo Tortora Library The photos of Studio KENE, a photography school / laboratory for young people by the Ivorian photographer Mohamed Keita, are on display. At the Pier Paolo Pasolini Libraryfinally, attention is dedicated to the photographs taken by the KENE studio in Mali, a Djenné UNESCO World Heritage site.

The exhibition Near far it is promoted by the Italian National Commission for UNESCO, by Roma Culture, by the Palaexpo Special Company, by the Libraries Institution of Roma Capitale and by the National Research Council – Institute of Mediterranean Studies. All the photographs have been selected according to five themes: 1) Human settlements and peoples’ movements; 2) Spirituality; 3) Parties, celebrations, crafts, food and artistic expressions; 4) Natural environment, geo and bio diversity; 5) Portraits.

The purpose of the exhibition is to encourage dialogue and mutual knowledge between migrants and Italian citizens, recalling that the UNESCO Declaration on Cultural Diversity states that “in our increasingly diverse societies it is essential to ensure a harmonious interaction between people and groups with plural cultural identities , varied and dynamic, as well as their will to live together “.

In an increasingly globalized world, people, communities and peoples interact with increasing frequency and speed but, despite the numerous opportunities for encounter and mutual understanding, peace is in danger in many parts of the world. Prejudices, intolerance and violence are everyday phenomena, often conveyed and fomented by those tools, such as the internet and social media, which should favor intercultural dialogue. In this global framework of extreme positions, the culture can and must be an instrument for establishing meaningful and lasting relationships between peoples, based on mutual respect for the cultural specificities of each person.

In the aftermath of the attack on the Twin Towers, the Universal Declaration on Cultural Diversity, based on the assumption that respect, tolerance, appreciation and enhancement of different cultural expressions are a priority objective of UNESCO. It states: “culture takes on different forms in space and time. Diversity is embodied in the uniqueness and plurality of the identities of the groups and societies that make up humanity. As a source of exchange, innovation and creativity, cultural diversity is as necessary for the human species as biodiversity is for nature“.

To reaffirm the desire to intervene in defense of every form of expression of human creativity, in 2005 the UNESCO General Conference adopted the Convention on the Protection and Promotion of the Diversity of Cultural Expressions; it joins the legal instruments already adopted, such as the Convention for the Protection of the World Cultural and Natural Heritage of 1972 and the Convention for the Protection of the Intangible Cultural Heritage of 2003, with the aim of promoting diversity and a global environment in which human creativity is encouraged in its diversity and freedom of expression, thus contributing to the socio-economic development of populations, especially in lower-income countries, and fostering the intercultural respect and a culture of peace.

The Convention provides for a series of safeguard procedures that include the identification, documentation, conservation, protection, promotion and enhancement of the intangible cultural property, which is defined on the basis of the following features:

– be constantly recreated by communities and groups in close correlation with the surrounding environment and its history;

– allow communities, groups and individuals to dynamically develop a sense of social and cultural belonging;

– disseminate the observance of respect for human rights and the sustainability of the development of each country.

Under the Convention they were established two lists of intangible assets:

– the Representative List of the Intangible Cultural Heritage which helps to demonstrate the diversity of intangible assets and to raise awareness of its importance;

– the List of Intangible Heritage in need of urgent protection which aims to mobilize international cooperation and provide assistance to stakeholders to take appropriate measures.

This last list focuses on intangible cultural elements whose continuity and transmission to future generations is at risk, despite the efforts of the community or individuals concerned, and which therefore requires urgent safeguards.

Finally, there is also a Register of Good Safeguard Practiceswhich contains programs, projects and activities that best reflect the principles and objectives of the Convention.

UNESCO has until today recognized 631 elements of the Intangible Heritage, located in 140 countries around the world. Of these elements, 15 are in Italy.

The library offices host four moments of in-depth study according to the following calendar:

Meeting with Stefano Romano, photographer, and Sara Rossetti, migration expert. We will talk about Bangladesh and the immigration of the Bangladeshi community to Rome.

Meeting with Morteza Khaleghi, artist of Afghan origin and Reza Heidari Shahbidak, Afghan photographer and educator. Afghanistan and immigration to Rome of the Afghan community are the topics covered.

Near far. Who are our immigrants?