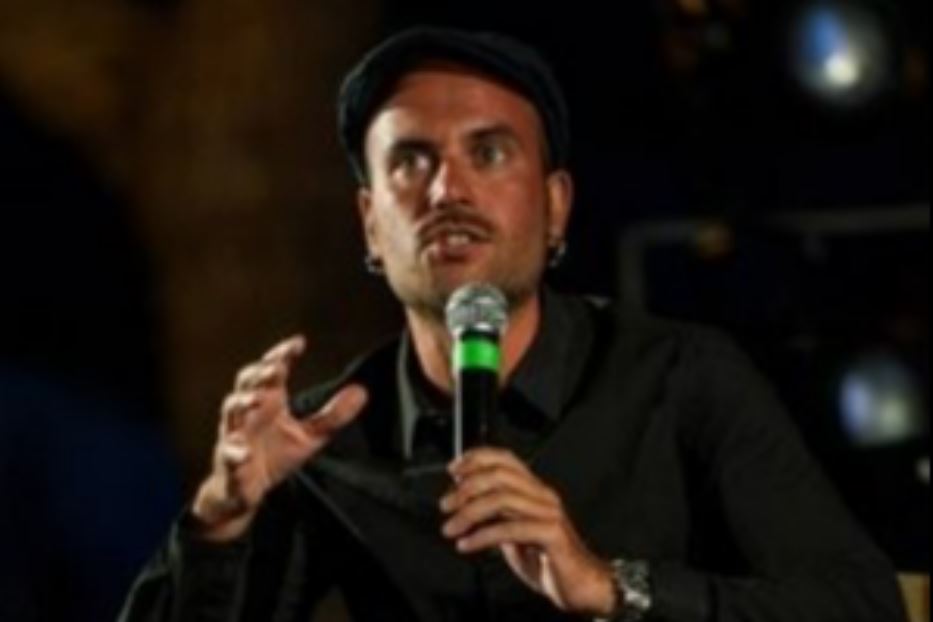 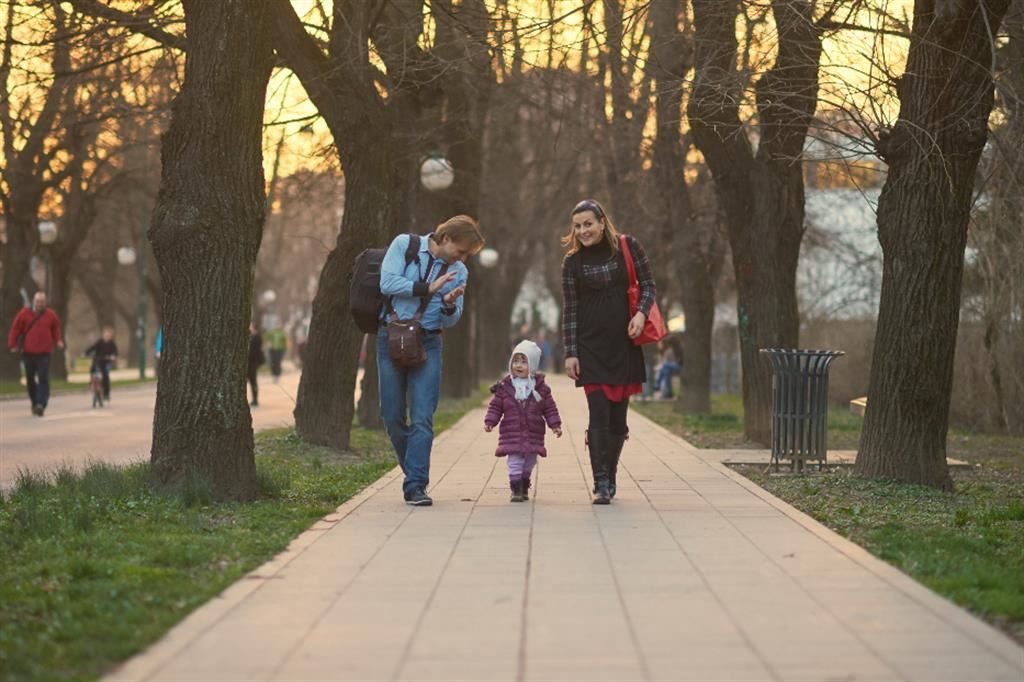 It is always very difficult to talk about a friend, and even more so to interview him. Friendship requires a certain modesty, including the renunciation of talking about controversial topics, such as politics or a profession you share. Andrea Staid is a great friend, together we have explored worlds, near and far, from Sardinia to Mongolia and we have shared editorial adventures. Now I should interview him about his latest book, being nature, recently published by Utet (132 pages, 15.00 euros). The problem is that many generations divide us and that there are quite different conceptions of the world and of anthropology grafted into this river of years. Andrea Staid doesn’t need reviews, his books are welcomed by a large and loyal audience. So I know what I risk asking him impertinent questions, but if a friend doesn’t… I dedicated the introduction of the book to Andrea Betraying feelings. Blushes, tears, embarrassments, released for Einaudi. I told of my embarrassment with respect to intellectual militancy; he never answered me, so I take advantage of this interview to reopen some topics and exchange some thoughts.

Dear Andrea, as I tried to tell in a written introduction thinking of you and in some way of some of your peers to whom I feel similar, I have a perplexity regarding the political nature of your way of doing anthropology. I admire your commitment, I feel familiar and you know that I have never shirked the battles for causes that I thought were important. The point of my perplexity is where for you the border lies between anthropological research and the use of the answers that anthropology is able to provide to support its own political ideas?

From my point of view, the anthropological research and ethnographic practice that I have developed over the last ten years does not aim to support my political ideas but to build a compass to better orient myself in the complex world that we live and experience every day. In recent years, the exact opposite of what you say has happened to me, anthropology has changed my political ideas, deconstructed my identity, my certainties, it has put me before the creative doubt. The Andrea who started the research is no longer the same Andrea with the same political ideas, because ethnography has opened me up to otherness, to being different from myself.

The function of anthropological research is precisely that of giving us evidence of the world and of societies “as they are” – and perhaps often these put us in difficulty, disappoint our ideals, with violence, injustice, hierarchy, irrationality and the inconsistency. The anthropologist then finds himself in an extremely awkward position, complex to manage on a personal level. I would like to understand what do you think.

I share with you: field research, anthropological reflection leads you to understand the complexity of reality and to realize that not everything is as you would like.

You once told me that militancy comes first and then your intellectual role. Indeed you refused to define yourself as such. This is why I coined the expression “rural anarchist” for the vocation you assume to respond to the great problems of the world by returning to the simple life of working in the countryside. Once again I admire the personal choice, but I have doubts about your desire to convince everyone of this mission (I generally have doubts about all missionaries and the danger they run of becoming leaders of transformations of others).

I don’t remember saying this, rather I am convinced that theories that do not move towards a possible and collective practice are of little interest. I don’t feel like a “militant”, I have ideas and I try to live them consistently. As I was saying before, ethnography has changed me, it has led me to make choices that are not dictated by my political activism, but by dealing with women and men who are different from me. My leaving the city and trying to live a relationship, an intimacy that goes beyond the human species was a necessity for my being in a place and not just being there. As I say in the book, as I affirm at every conference I don’t feel like an example for anyone, mine is only a possible life choice but not the right one or the one to follow, for this reason I do not conceive the question of the missionary nor that of the ‘a rural anarchist, if anything, as J. Scott says, I’m someone who tries to be a farmer with moderate results. Or to put it like Fukuoka I try to be grounded in resonance with my surroundings, which in my case also means living with the crops of the earth.

The question that follows the previous one is obvious: what do you have doubts about? On what do you think we are not yet capable of giving answers that are useful not only for everyone, but above all for us?

I have doubts about everything, anthropology rather than giving answers has amplified the questions. In some cases she managed to make me understand better how to position myself in the world, but always putting me in perspective and without absolute certainties. Perhaps it would be easier to tell you what I have no doubts about: for example the neo-liberal economic system is a failure, it is unjust, colonialism has led to ecosystem destruction, patriarchy has founded an unfair society, speciesism is a pure illusion. 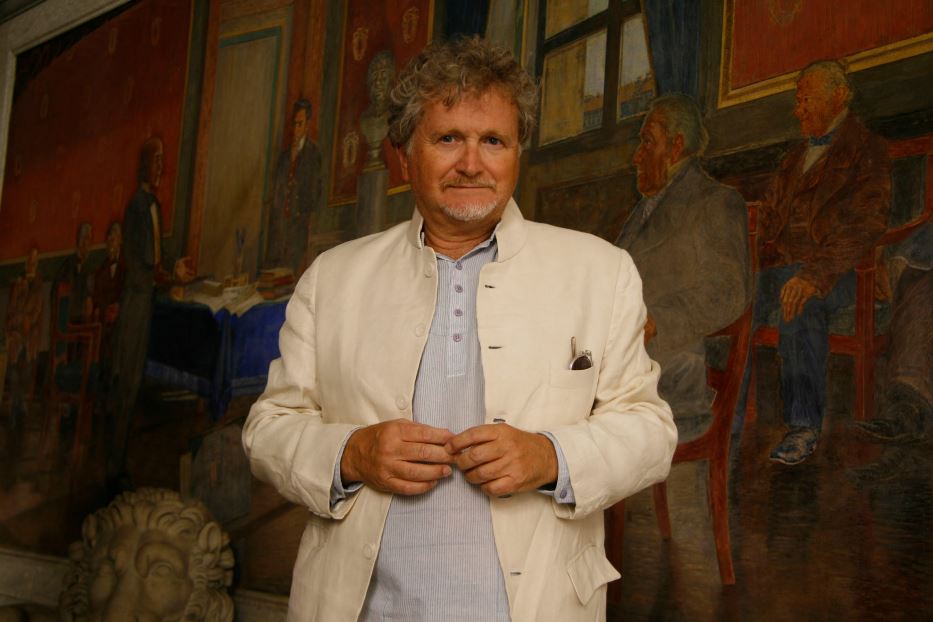 The other question has to do with politics. Sometimes, remembering my anarchist teachers from Carrara and Cesena, I have doubts about the anti-capitalist reading of reality today. It seems to me that there is still a desire to insist on a Marxism that has had the materialistic reduction of the world and of humanity as its effect. How is it possible for an anthropologist to ignore that the world is not only readable in this key, above all if one thinks of the categories of animism, the importance of shamanism and in general the importance that many cultures attribute to what they do not see or who is no longer (the dead)?

Here, for example, anthropology has deconstructed my materialistic and rationalist certainties. I don’t understand why you connect a critique of capitalism with an impossibility of communication and relationship with animism and shamanism, just think of the wonderful book by A. Tsing, or the works of Viveiros De Castro, or the writings of Raul Zibechi where the force is connected of shamanism and animism to a possible radical critique of capitalism. Ignoring the spirituality of peoples leads to the reproduction of capitalism through individualism and consumerism. As Zibechi reminds us, there is a spirituality in many native-indigenous worlds, conceived as an element that holds communities together and supports their bond with the land and with the territory, and as the axis of their past and current resistance. A spirituality that is neither religion nor ideology. It involves bodies and not just minds, it recreates itself in daily life and supports human and non-human life.

In the book and in a presentation I heard you accuse Aristotle and Humanism of the disaster we live in. Don’t you think it’s a bit easy and above all that behind these two realities there is a richness that would require a little prudence? For me humanism is Dante, Petrarca, Boccaccio and I don’t think it means placing man at the center of everything, but rather placing his doubts, his search for the truth.

In the book I try to understand what has built “our” anthropocentric cosmology and to understand it I start from the nature/culture dualism, a vision that has developed mainly in Europe since Aristotle (can we deny it?), a conception that has been structured in strictly anthropocentric way within Christian theology (with certainly heretics within it), which sees the human being as one who must dominate what surrounds him, having a sort of right to govern nature, feeling himself an external and superior part of it. This nature/culture opposition expands into Cartesian dualistic metaphysics which in fact lays the foundations of science in the clear separation between material substance and spiritual substance. Words, the latter by Andrea Staid, which open up to new themes and further comparisons. I close knowing that a book does not embrace all of an author’s thought and also knowing that it is in the debate and confrontation that anthropology and society can move forward. I also believe that it is new ideas that move everything forward and that we badly need these at a time when the imagination seems no longer able to take us towards the future.

Dialogues. Staid-La Cecla: man, nature and the anthropology to come