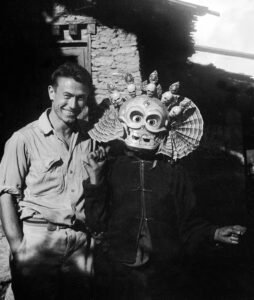 A “Journey to the East” to discover an extraordinary world of nature, culture and spirituality through the unpublished photographic exhibition of Fosco Maraini, films, documentaries and three days of studies and conferences

Three days of study, the screening of two films and a documentary, a suggestive photographic exhibition and various study meetings, within the container Journey to the Orient: Ou Topos Tibet (For the event flyer, click here; for the complete programme, click here). All in Venice, from Tuesday 8 to Sunday 20 November 2022, at Ca’ Foscari, Cfz-Cultural flow zone – Tesa 1, Zattere al Pontelungo, Dorsoduro 1392.

The journey as a symbol of acquiring knowledge and religiosity, openness to cultural diversity and overcoming one’s limits: this is the theme of the initiative promoted and organized by Lama Tsongkhapa Center with the patronage of the Municipality of Venice, the Ca’ Foscari University of Venice, the Italian Buddhist Union (UBI), the Fpmt Italia (Foundation for the Preservation of the Mahayana Tradition), and included in the schedule Festive cities. In the imaginary context in which the East is the otherness par excellence, the secret depository of a more authentic vision of reality, totally lost in the civilized West, the Tibet, enclosed in its mountains, represents the most unattainable myth. «It could be argued that Tibet no longer exists, or that if it does, it is only as a utopian vision in a virtual world» as a utopian vision in a virtual world”), writes the anthropologist and historian of oriental art Clare Harris. In fact, starting from the end of the 19th century, the historical reality of the Snow Country has been lost in confused Western prejudices. Starting from the “Secret Doctrine” of Helena Blavatskythe idea of ​​a transcendent imaginary common to East and West buried in mysterious Tibet is transferred to the daring philosophies of René Guénon and finds most popular popularization in novels such as Lost Horizon Of James Hilton and in its film translation in the homonymous film directed by Frank Capra in 1937.

The event will be inaugurated on Tuesday 8, at 2.30 pm, with institutional greetings from Centro Lama Tsong Khapa (Danillo Ghirardo), Italian Buddhist Union (Filippo Scianna), Municipality of Venice (Paola Mar), Ca’ Foscari University (Caterina Carpinato) and with the inauguration of the photographic exhibition In the footsteps of Giuseppe Tucci: from Fosco Maraini to today. There history and the contemporaneity of Tibet in the images of Fosco Maraini and in the shots of Giampietro Mattolin. 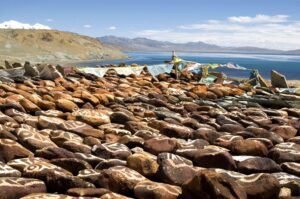 The exhibition, through 70 black and white and color photos, tells of the expeditions carried out by the archaeologist Tucci, through the photographs of Maraini, who, at a very young age, accompanied him, as assistant and photographer, on his expeditions of 1937 and 1948. Alongside Maraini’s works, those of the contemporary photographer and traveler Giampietro Mattolin. The color of his photos contrasts with the gray scale of Maraini’s images, re-proposing people, landscapes and situations in an overwhelmingly different chromatic horizon, but persistent testimony of a past that intends to resist. «Through this exhibition we want to bring attention to what the Tibetans have suffered over the years; my husband fell in love with their ancient culture, which lives on in these photos» she says Mieko Namiki, wife of Fosco Maraini. «The Italian Buddhist Union is happy to sponsor this precious event which brings us close to a unique territory. Cradle and custodian of a spiritual tradition which is a world heritage, Tibet resonates in the hearts of all those who feel the need for a wise and compassionate vision of the world”, the words of Philip Sciana president of ubi.

Pictures: those in black and white are photos by Fosco Maraini (Property of Gabinetto Vieusseux ©Archivi Alinari; those in color are photos by Giampietro Mattolin.