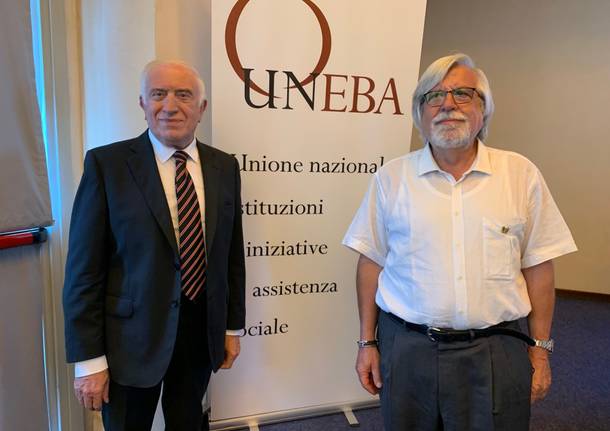 A sector to be supported and strengthened. It is the request that arose from Villa Cagnola in Gazzada Schianno where the two-day conference is underway (14 and 15 June) “Evolution of needs: a look at future services”.

Organized by the association Uneba together with Don Gnocchi and Molina Foundationsaims to take stock of the situation of care and assistance for people with Alzheimer’s after two years of pandemic.

“We need to talk about Alzheimer’s because the request for assistance is increasing – explained the Uneba national president Franco Massi – the average age has risen and therefore there is a greater number of cases, in the face, however, of a welfare network that is still firm. The RSA system is able to make its contribution and that’s why we launch a appeal to institutions to start a serious discussion on the organization for strengthen both the residential sector and the day centers and home care. There is ample room for improvement not in drug treatments but in predisposition of living environments and relationships that must occur in protected structures and at home. Our intent is also to promote training for care living who assist relatives affected by Alzheimer’s at home ».

In the Lombardy region, there are 65,000 accredited beds in social welfare residences, of which only a few thousand are specifically intended for Alzheimer’s patients.

“Senile dementias require constant presence: Alzheimer’s cannot be cured with a few dozen hours of integrated home care per year! – commented Uneba Franco Massi – We too are a public service: in the Rsa, 15% of the beds are in the Municipalities or in any case public, 25% are private profit, 8% of the cooperation: the rest, more than 50 %, is private non-profit, represented above all by Uneba, and by Aris “.

«Institutional and home services must be cohabiting and coordinated – said don Vincenzo Barbante, president of the Don Gnocchi Foundation – with, in addition, an important commitment to ensure adequate training for operators. And instead it seems to me that there is an extensive silence on the issues of formation ».

The issues addressed also include the shortage of personnel both in the medical sector.
«We are alone – noted the president of the Molina Carlo Maria Castelletti Foundation – There is no synergy between hospitals and our facilities. We need new care continuity paths “

“The Alzheimer nuclei in the RSA allow the sick a quality of life that would otherwise be impossible – he remarked Guido Bonoldi, municipal councilor with responsibility for Health of the Municipality of Varese but also former president of the Molina Foundation – We want Varese to become a ‘city that cares’, enhancing the network and resources that already exist ».

Among the messages arrived at the start of the works, that of Mons. Mario Vegezzi, episcopal vicar of the Diocese of Milan, who left Uneba a wish: “I hope you can achieve the goal of taking care of people and turning your gaze to the role of spirituality in healing” while the Lombard president Attilio Fontana he said: “Thank you for the space for training and discussion that you offer today, certain that it will be a useful tool for the future of your work and guide the actions of the authorities that will accompany you today”.

Among the interventions of the first day: “The present and the future of Alzheimer’s day centers” with Enrico Mossello, University of Florence; “Dementia and the network of services in Insubria” with Marco Mauri, University of Insubria; “A look at dementia through data from the FNA (Non Self Sufficiency Fund)” with Claudia Moneta, general manager of the family department of the Lombardy Region; “Dementia between life project and care project” with Fabrizio Giunco, Don Gnocchi Foundation.

A summary of the speeches at the conference (including those by Carla Pettenati, Antonio Guaita, Marco Trabucchi and Marco Annichiarico) will be published on www.uneba.org and disseminated in the Uneba newsletter.


Alzheimer’s cases are on the rise: “Institutions help RSAs to offer adequate assistance”