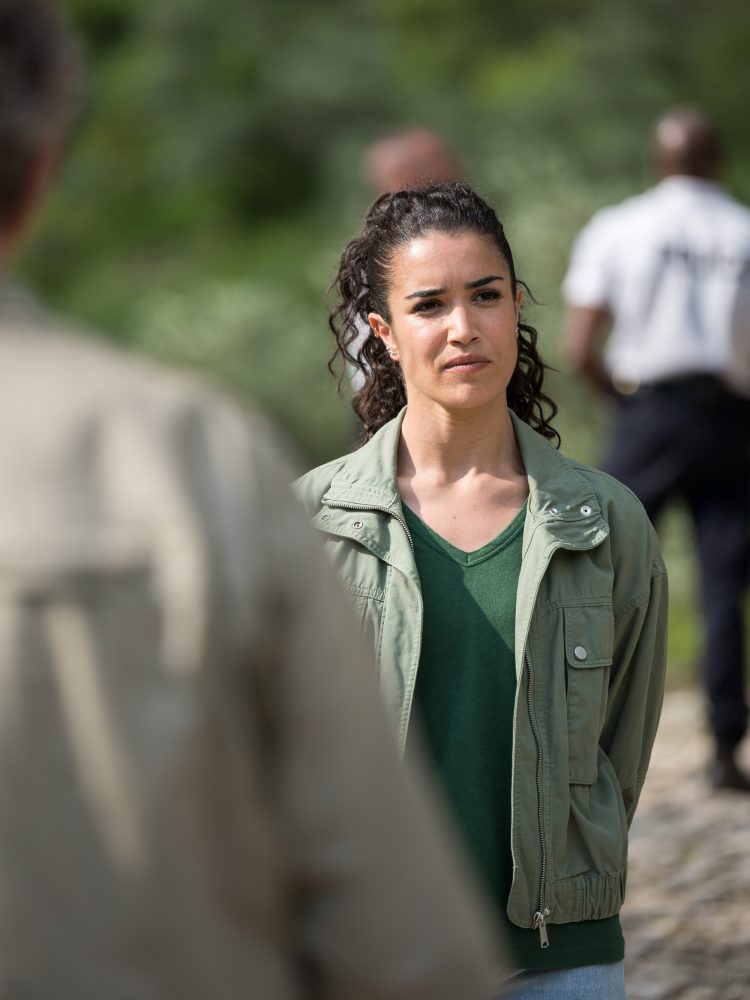 C.anal 5 proposes the French TV series With the help of heaven. A policewoman and a young religious investigate the crimes affecting their area, discovering that their mutual differences are their strong point.

Leaves on November 22 on Channel 5 the tv series With the help of heaven. The protagonists of the story are a young police captain who is half Arab and half Jewish, an atheist, and a young friar who is about to take his vows, played by Sabrina Ouazani And Mathieu Spinosi.

The Canale 5 TV series With the help of heaven it begins when Elli Taleb, a completely atheist young police captain, is entrusted with an investigation into the death of a monk, brother Benoit, inside a monastery. At his side, to give her a hand, there will be the thirty-three year old Clément, who is about to take the vows. Orphaned, Clément has spent his entire life in the monastery and has no knowledge of the modern world, except through the books he has read and the university courses he has followed by correspondence. Brother Benoit was the one who had taken him under his wing and had been his mentor.

While Clément will make Elli discover the mysteries of monastic life, the young policewoman will help him to face the world outside the convent walls and to get back on the trail of his past. What seems like a single investigation, however, will mark the beginning of a collaboration that, moving forward, will lead the two to investigate the death of a scout leader, a university professor and the owner of an accommodation along the way to Santiago. Each time, the search for the culprit will not be easy: nerves and beliefs will be put to the test and appearances completely overturned.

With the help of heaven: The two protagonists

Elli and Clement, two characters at the antipodes

With the help of heaven, the Canale 5 TV series, proved to be an unexpected success in France, Switzerland and Belgium. Born as a simple TV movie, it soon turned into an event series, of which six episodes have been made at the moment. The last two, shot between June and July 2022, are still unpublished and will be broadcast in France in January 2023. The investigations at the center of the episodes are conducted by an unlikely duo of investigators who discover that their strength lies in diversity. on life matters.

“Elli is singular, quite casual and with a strong character,” commented the actress Sabrina Ouazani. “She is an enterprising woman who knows how to move and where she wants to go, even though she is very impatient with life. I like her meeting with Clément, an incredible, very composed character who lives in a completely different world from Elli’s. Knowledge will upset the lives of both “.

The two find themselves investigating several murder cases together. But don’t surprise the young religious’s passion for crime: Clément, after the first episode, decides to stay in the convent by extending his novitiate but taking a degree in criminal psychology. And don’t even frighten the fact that he is a religious: for him, the experiences outside the monastery are proof of his strong spiritual commitment.

More than on religion, the screenwriters of the Canale 5 TV series With the help of heaven – Marie Deshaires, Catherine Touzet and Josselyn Bossenec – in fact wanted to focus on spirituality. “Clement’s reflections are right and sometimes they allow us to question Elli’s values,” they said. “We read a lot and discussed the issues that Clément could tackle. We did not want to present a treatise on philosophy or theology but to offer reflections on a world that seems to travel at a different speed ”.

With the help of the sky: The photos of the tv series

With the help of heaven: The new TV series of Canale 5 between murders and spirituality – The Wom