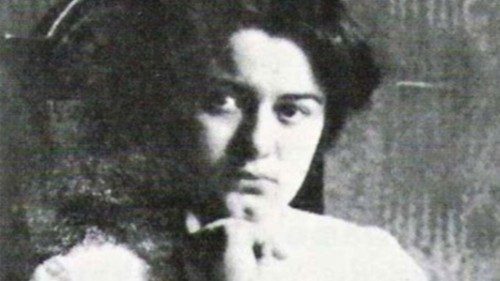 Faith, art and cinema are the ingredients for promoting a culture of peace. The event in the name of intercultural and religious dialogue from an all-female perspective opens in Trento. Lia Beltrami, founder of the Festival and the movement of Women of Faith for Peace: “Films to generate a change”

The jubilee of Religion Today opens on 14 September 2022 at the social center of Trento, a city that for the occasion will take on the role of a real capital of confrontation: a journey through differences, promoting independent cinema on spirituality and dialogue between cultures and faiths. It promises to be a show with 42 films competing from 23 different countries, 11 national premieres, 4 European premieres and one international. 50 guests will participate, the Women of Faith for Peace movement and there will be 3 exhibitions, 3 concerts, 10 debates, 10 masterclasses for young people.

On the occasion of the 25th anniversary of the Festival, born in 1997 as a film festival dedicated to promoting a culture of dialogue between religions, three women embodied the spirit of the event: Azza Karam, Secretary General of Religions for Peace International, HH Anita Evelyin l ‘former ambassador of Ghana to various countries and Lia Beltrami, the founder of Religion Today and the Women of Faith movement for Peace, as well as the Golden Lion for Peace in 2017.

Art and cinema, hearts in agreement

On the occasion of the press conference of the event, Azza Karam emphasized how art was the nourishment of peace. An element that “puts hearts in agreement, occurs – Lia Beltrami specifies – mutual listening. He is a facilitator of dialogue, which is why we started from Religion Today 25 years ago: we wanted to create the conditions for a confrontation with art ”.

In the message addressed to the participants in the international conference, held at the Pontifical Urbaniana University and focused on women Doctors of the Church and Patron of Europe, …

Women and the culture of indifference

The round table “Dialogue between faiths, from a female perspective” has opened in Venice an edition for the film event, always attentive to current events and changes in the world. Women to fight the culture of indifference. “For the 25th anniversary of the Festival – explains Lia Beltrami – we have chosen 25 women leaders of different religions who will meet together with the director of the Future, Marco Tarquinio, to talk about lived peace”. Diversity and action in which the woman plays an important role in building dialogue and peace, as “by her welcoming nature, she participates in creation and is brought to life”.

More than 18,000 films and documentaries, 50,000 spectators, 2,200 artists and directors from all over the world. These are some of the numbers that Religion Today has reached to date. “After 25 years – says the founder of the Festival – I can say that the productions with a spiritual theme are more and more and with a higher quality.” This search for spirituality is accompanied by an excellent response from the public who appreciates the products: “They are films that leave something inside, they are a seed to generate change”.

Francis for three days in Nur-Sultan, in the heart of Central Asia, to participate in the Congress of the Heads of World Religions. Ita Airways’ Airbus A330 landed around …

“Building bridges” and the Pope’s trip to Kazakhstan

Dialogue, encounter, search for peace between religions and cultures are the key words of the Pope’s current visit to Kazakhstan. The Religion Today Film Festival embodies these concepts “Francis’ journey moves us – underlines Lia Beltrami – we started 25 ago with the blessing of John Paul II who invited us to be ‘builders of bridges’. The presence of Francis represents the realization of a dream: to spread peace with great love and tenderness ”.

Listen to the interview with Lia Beltrami