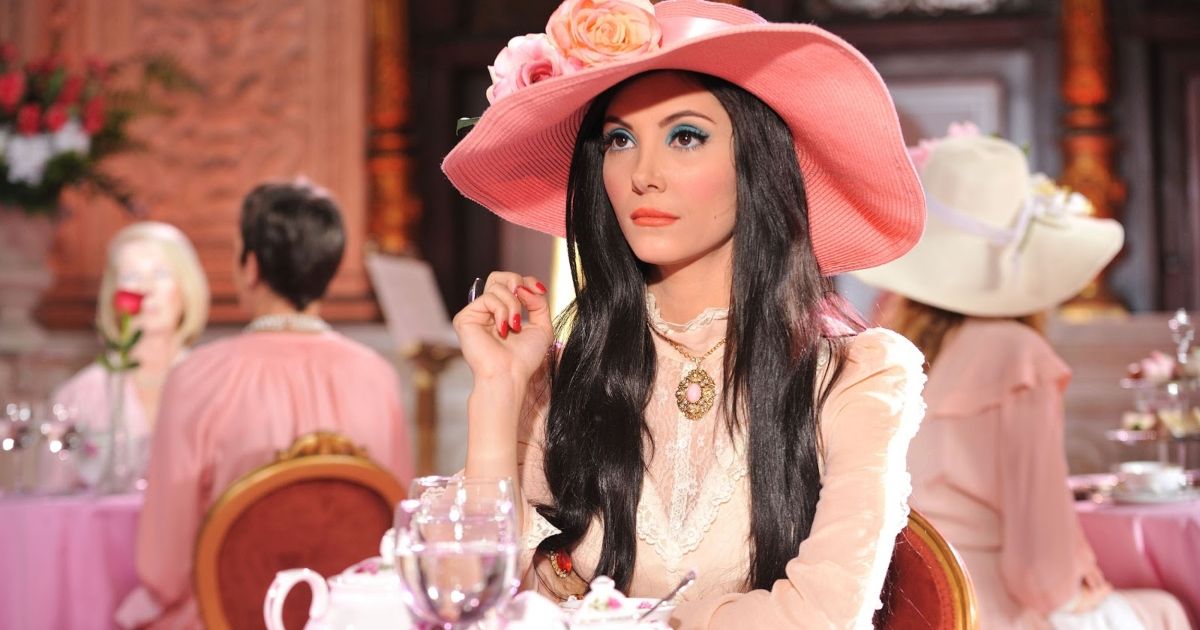 One of the growing trends in the film and television industry is to evoke old times and commemorate some of the greatest classics through modern productions. This can be seen in both the sheer number of remakes, reboots and spin-offs that have sprung up in recent years, as well as the many new films set in decades past, creating a nostalgia that immediately captivates the public. An obvious example of this is the Netflix series Stranger Things, set in the 1980s, which, with its sets, costumes and references to pop culture of the time, managed to attract fans of all ages and brought back several iconic elements of the era. orient yourself. While the adults in the audience can relive their golden age one episode at a time, the youngsters discover a fascinating era, very different from the one they already know and experience.

The film industry has come a long way over the years, cementing its growth with classic productions that paved the way for those yet to come. Films like Casablanca, Psycho and Jurassic Park are just a few of the hundreds of iconic productions that are still relevant to this day. And even though time has passed and new movies have brought new elements, there are still movies premiering today that are reminiscent of old school Hollywood. From the set and costumes to the way they are shot, many current productions look like something that might have come out decades ago. Here’s a look at some of those movies.

The Love Witch pays homage to Technicolor films and 1960s horror, and frankly, it really feels like it could have been made in that era. Anna Biller, who wrote, directed and produced this film, certainly nailed the atmosphere, from the color palette choices to the sets and character costumes. The Love Witch is a comedic horror film centered on Elaine (Samantha Robinson), a modern day witch who wants to be loved, and to achieve this, she casts magical spells. However, her results are far from what she expected: the men end up losing their minds in front of her. Also starring Laura Waddel, Gian Keys, Jeffrey Vincent Parise and Jennifer Ingrum, among others.

In the 2011 French film The Artist, director Michel Hazanavicius pays a very remarkable homage to silent films. Set in Hollywood in 1927, the film features George Valentin (Jean Dujardin), a great silent film star whose career is threatened by the emergence of talkies. Meanwhile, there’s a rising young star threatening to upstage the industry, Peppy Miller (Bérénice Bejo), with whom Valentin falls head over heels in love. The Artist was well received by critics and won, among several awards, five Oscars, making it the first film produced in France to win the prize for best film.

Considering Alana Haim and Cooper Hoffman’s stellar performances as the stars of 2021’s Licorice Pizza, one can hardly believe this was their movie debut. This film ranks among the best works of Paul Thomas Anderson, and in addition to directing, he was also a screenwriter. Set in the San Fernando Valley in 1973, Licorice Pizza chronicles the relationship between Gary and Alana, a teenage girl and a young woman who, upon meeting, are drawn to each other. However, their age difference changes their relationship in unexpected ways. Joining Haim and Hoffman in the cast are Sean Penn, Tom Waits, Bradley Cooper and Benny Safdie.

The 2016 film La La Land marked the third co-starring performance from Emma Stone and Ryan Gosling, a duo whose chemistry goes beyond the screen. This musical film, directed and written by Damien Chazelle, follows the love story of Mia, a budding young actress, and Sebastian, a struggling jazz pianist. Joining Stone and Gosling in the cast are John Legend, JK Simmons, Rosemarie DeWitt and Finn Wittrock. La La Land became an absolute box office and critical success, and won numerous awards. At the 74th Golden Globes, the film shattered previous records by winning all seven categories in which it was nominated.

Thomasin McKenzie and Anya Taylor-Joy star in Edgar Wright’s psychological thriller Last Night in Soho alongside Matt Smith, Rita Tushingham, Michael Ajao, Terence Stamp and Diana Rigg. The film features Ellie (McKenzie), a young fashion design student who has recently moved to London. In her vivid dreams, Ellie steps into the shoes of Sandie (Taylor-Joy), an aspiring 1960s singer willing to do whatever it takes to succeed. However, Sandie’s seemingly perfect life in this timeline isn’t what it seems, and trouble soon ensues. This film was well rated for its production, setting, and performance, but it flopped at the box office.

Everybody Wants Some!!, directed and written by Richard Linklater, is considered the spiritual sequel to his 1993 film Dazed and Confused. This time the production is set in Texas in the 1980s and features a group of baseball players about to enter college, as they enjoy their last crazy days before the responsibilities of adulthood does not come to haunt them. Everyone wants it!! includes Blake Jenner, Zoey Deutch, Ryan Guzman, Tyler Hoechlin, Glen Powell, Will Brittain and Wyatt Russell.

Starring two big names in the film industry, it’s no wonder 2019’s The Lighthouse turned out to be such an acclaimed production. Set in the 1890s, The Lighthouse stars Willem Dafoe and Robert Pattinson as Thomas Wake and Ephraim Winslow, two lighthouse keepers who begin to lose their minds after a huge storm washes them up on a remote island in New England. This film was directed by Robert Eggers, with the screenplay co-written by him and his brother Max. It is heavily inspired by French maritime-themed cinema of the 1930s, and it was shot in black and white.

Terlizzi: Nicola Conte and the atmosphere of Fez. “Afrocosmico” on December 17 at the MAT
Turin Spirituality reflects on the skin
Raphaël Buyse: “Being human always means forming an alliance, entering into an encounter”
Tweet
Share
Share
Pin