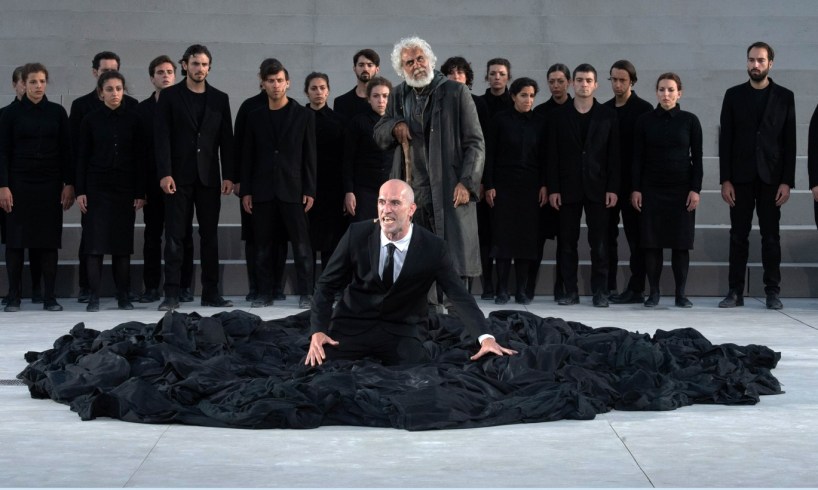 Robert Carsen (for the first time in Sicily) signs the direction of Sophocles’ Oedipus Re (Greek tragedian) for the classical performances at the Greek Theater of Syracuse, with the translation by Francesco Morosi and the scenes by Radu Boruzescu.

The text is dry, essential, like the scenography. The actors and the choir are talking silhouettes that fluctuate between the orchestra, the stage, and the parados up to the edge of the city of Thebes, that stone cavea carved into the rock. 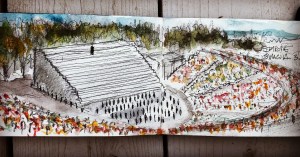 Oedipus is the hero who defeats the Sphinx, reigns over Thebes, marries Jocasta who generates his offspring. But at the same time it is the accursed man who kills his father Laius, lies on the wedding bed with his mother and generates sons-brothers. He is not a God he is just a man who wants the truth at all costs and for this he pays with blindness and exile.
Sophocles presents to us the conflict between an archaic religiosity with a magical character – made up of oracles and Gods – and the strength of human reason, capable of defeating all monstrosities. An ancient dilemma, where religion and reason are opposed to infinity. On the one hand the man victim of fate, of destiny, of the Gods and on the other his desire to govern the path of his existence.
But the tragedy also offers us something else such as the fragility of our certainties, the awareness that nothing is forever. The condition of precarious consistency of each status. Oedipus is a king, he becomes one by merit, he builds his wealth, lives in a palace and rules a people but suddenly he loses everything, he slips into the depths of pain, he loses and loses all certainty, to pursue a truth he thought to “see” but that only with blindness will he be able to fully understand. The future that every man thinks for himself is beyond his control. For Oedipus, the Sphinx and the oracle are the alpha and the omega.

The city is the place of tragedy; the palace of the king of Thebes is the object that is mirrored by the auditorium of the theater; a reflex cavea that welcomes on one side the chosen race and on the other the people who witness the metamorphosis of history. The scenography takes up some experiences of a consolidated literature, reduces every form to the essence. He uses the staircase in its monumental form as an allegorical device, a place that the protagonists cross and inhabit. From the palace to the agora, from the agora to the palace; the staircase connects the parts and makes them unique. The light – that of Apollo (natural) and that of Ephesus (artificial) – shape the actors and the choir, lengthening their shadows.

The shadows of the royal lineage – Oedipus, Creon and Jocasta – are fragmented geometries, fractals, unnatural shapes that draw original figures on the monolithic staircase, while the shadows of all – the choir leader, the corifera, Tiresias, the messengers, the servant and the chorus of the Thebans – are long, sharp, precise, oriented and superimposed. The choir is point-like, material, fluid, metamorphic, plastic and topological. For a moment it occupies the base of the staircase and then pulverizes. Black, gray, dark, like the clothes that its components wear.

Jocasta is white, like a mother-bride who dips – after the unveiling of the truth, hidden unconsciously – her fabrics in the blood. Oedipus, on the other hand, strips off all clothing to show his essential nakedness marked by the blood of her eyes that see the light of a fake truth for the last time, flowing on her face. Oedipus, like Tiresias, sees through blindness.

In the background, beyond the staircase-palace, there is nature, a frame of soaring trees that are always green like columns that hold up the sky. The scenography is complete – despite being sparse – it tells of a city made up of limits and perimeters, inhabited by men and by the Gods. The sky that gradually becomes clearer until it becomes night is the setting of the theater, a celestial cloak inhabited by the gods. The space of the scene overflows beyond its conventional geometries and becomes landscape, metaverse, hollow and sculptural, porous and pulverized, curved and straight stone. Figure and background between artifice and nature, between humanity and the gods of Olympus that never appear in human form but still present in history, even intrusive. 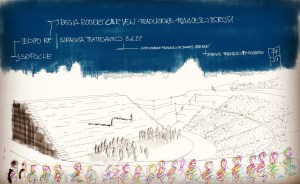 The work is majestic, exciting, terrifying. The fate of Laius, Jocasta, Oedipus and his daughters is upsetting. Fear, disorientation but in the same rigor, obstinate search for truth. That truth that everyone understands but that Oedipus reassembles in a unitary form. Each character has a part of the story, disconnected and misaligned but the king who defeated the terrifying Sphinx with reason and wit – a zoomorphic being – manages to reconstruct a unitary and precise narrative that leads to madness.

Oedipus re is a very current work, it contains the essential elements of our time, including the pandemic that puts a strain on our social existence. The contrast between superstition and science, the need for the unity of history against any fragmentation. Anyone who believes they are on the loggia of the royal palace – forever – risks slipping into the drama of exile. Anyone who believes in the solidity of the human mind must deal with fate, the oracle, the transcendent. Avoiding this bivalent dimension leads us to madness, to darkness. Man is intelligence and mystery, spirituality and materiality, idealism and realism. Thinking that you can only count on one of the two forces in the field means heading towards tragedy.

Who are we? But above all, what do we want to be? Waiting for the oracles or becoming builders of the future? But nothing can exist without awareness of the complexity of the all-encompassing cosmos. The city – a porous enclosure – nevertheless remains the theater of man’s dwelling and Sophocles explores it universally and prophetically. «Each of us is Oedipus. He believes he knows who he is, that he knows who his mother are and he is his father. But, like him, none of us know who he really is. And we spend our whole life trying to find out “(Robert Carsen in the interview with Laura Zangarini for La Lettura of 15 May 2022) 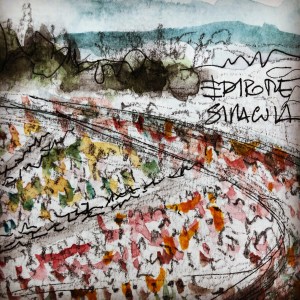 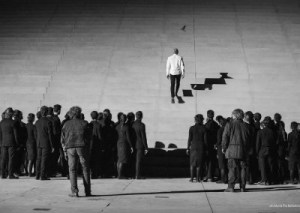 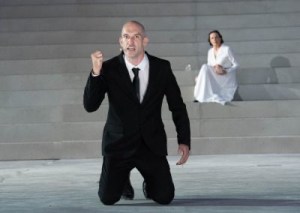 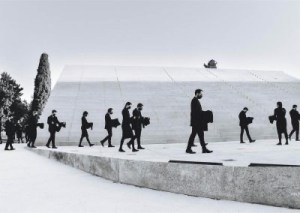 Oedipus Re in Syracuse, we who are waiting for the oracles must build our future – Corriere Etneo