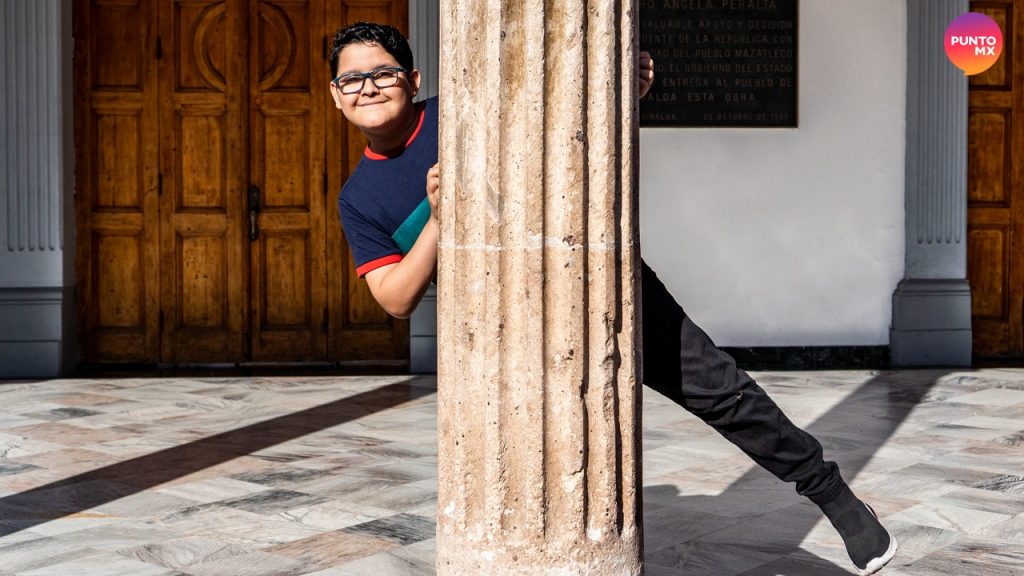 MAZATLAN. – From practicing singing in the kitchen of his house, to being on a reality show stage like La Voz, Miguelito Paredes, as he is known in Concordia and now in all of Mexico, wants to conquer every corner, but, above all, he wants to win in the new edition of La Voz Kids.

But how did your love for singing come about? Who teaches you? How did you get to this musical platform? what songs do you like? These and other questions he answered for Punto MX, in a meeting he had with the team in Plazuela Machado.

“Born because of my grandmother. I started singing when I was born, I was three years old and I saw my grandmother sing, I liked her and I started humming, I practiced, I learned songs and so on. Once, El Mimoso summoned children to sing from their childhood and chose me, ”he recounted.

As we mentioned, Miguelito is from Concordia, Sinaloa, a municipality in the mountainous area in the south of the state. He lives with his father and he is also a triplet, that’s right, he has a brother and a sister, who play instruments and sing at family gatherings, having a musical group in his own living room.

Given his innocence, he has no distinction of genres, one day you hear him sing Mon Laferte, the next Whitney Houston, Pancho Barraza and even songs by the Mother of the Bands, El Recodo, however, pop is what he loves. like more, the ballad, reach the heart and even make the strongest cry.

And when we mention that he rehearses in a kitchen, it’s because that’s the way it is. She has achieved her classes and training in the Singing Workshop for Band Singers, with Professor Gerardo Gálvez, who adapted his house to teach dozens of singers who seek their dream of singing.

His cabin adapted it and isolated it from the sound, and through a speaker, and on the other side of this cabin, he makes Miguelito sing, from the kitchen, with a standing microphone, he gives him instructions on how he has to improve, how he it would come out better and how he can make a song his own, even if he is only 12 years old.

His arrival at La Voz Kids

Although his dream of singing is very firm, Miguelito was taken by surprise by the reality show, especially because the pandemic arrived and his face-to-face classes were suspended, he practiced at home, but they were not enough for him and while his father recorded it to send it to The Voice, Miguelito kept practicing.

“My dad asked me if I wanted to participate, I said yes, he recorded me with ‘Lack of wanting’ by Mon Laferte, my dad sent it to Azteca and they called me. My dad was very nervous to tell me that he had made it to the auditions,” he commented.

It was with the song “Invéntame”, by Marco Antonio Solís, with which he managed to turn two of the four coaches, Joss Favela and Mau y Ricky, the latter with whom he decided to stay and live the experience.

Miguelito wants to win and his family, friends and Concordia support him, he already has his followers, on Instagram and Tik Tok you find him as Soy Migue Paredes; on Facebook and YouTube as Migue Paredes, there you can see his entire process.

For him, being in La Voz, in addition to being a dream, is an experience and a path of learning, of attention from his coaches, who have been kind and good to him.

Miguelito Paredes, the boy from Concordia who is conquering La Voz Kids