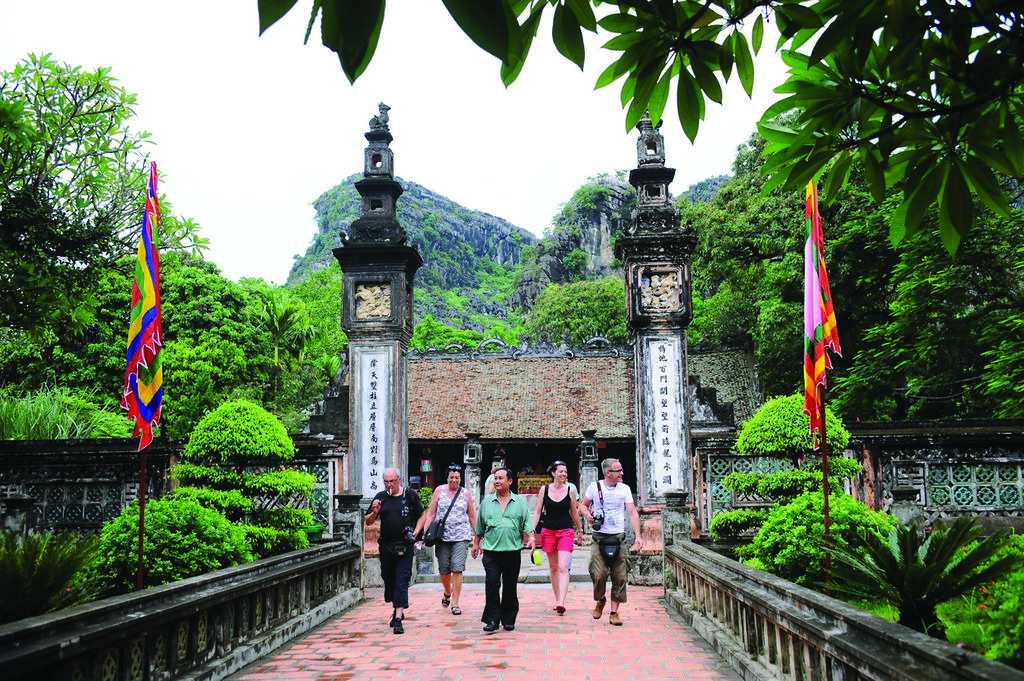 The Red River Delta is considered to have great potential for tourism development, including cultural, spiritual and ecological tourism… However, it still occupies a rather modest place in Vietnam’s “smoke-free industry”.

The Red River Delta is known as the cultural cradle of the Northern region. It is also home to the largest number of long-standing craft villages in the country, including in Hanoi, Bac Ninh, Bac Giang, Thái Binh, Ninh Binh, Nam Dinh, Hai Duong… With crafts as diverse as silk weaving in Van Phúc and La Khê, conical hats in Chuông, sanded lacquer in Ha Thái, pottery in Bát Tràng and Chu Dâu, bonsai in Vi Khê, bronze casting in Ngu Xa…

In recent years, tourism has been invited to these traditional villages, leaving lasting memories for visitors. At the beginning of the year, the prestigious magazine The New York Times even included the Red River Delta in its annual list of the 52 best places to travel in 2022.

Charly Wilder, editor in charge of tourism at New York Timescommented : “Once tourism returns to normal, visitors will undoubtedly flock to Vietnam’s world-famous beaches and vibrant megacities. But also head north, to the traditional villages of the Red River Delta, and you can immerse yourself in age-old cultural practices and a way of life that is in danger of disappearing.”

Despite great potential, tourism in the Red River Delta still occupies a modest place on the national tourist map and is not attractive enough for travelers to stay there for a long time and spend a lot of money. Among the reasons for this sad observation: tourist products lack cachet and creativity, and night activities are still rare…

As a result, visitors mainly take day trips. Overnight stays in localities in the region are few, despite the fact that hotel and restaurant prices are very affordable. In addition, there is a lack of macro-level planning and intra-regional connectivity.

In order to contribute to the development of the Red River Delta, the Ministry of Culture, Sports and Tourism has set a target that by 2030, cities and provinces in the region will welcome more than 120 million travelers, including more than 20 million foreigners. Tourism receipts should amount to about 276,000 billion VND, or some 12 billion USD.

To achieve these goals, Ta Quang Dong, vice minister of culture, sports and tourism, said it was necessary to develop products and services with strong, innovative and competitive labels. He also underlined the importance of tourism development in three sub-regions with typical products in each, emphasizing nine national tourist areas as connecting hubs of the whole region.

In addition, it is important to develop regional tourism by strengthening ties and fully exploiting the potential and assets of localities. Cultural tourism, ecotourism and maritime tourism are all avenues to be explored simultaneously. The combination of tradition and modernity aims to effectively exploit the traditional cultural values ​​of the Red River civilization. The delta should develop its tourism commensurate with its role as a national driving force and as a center for the distribution of visitors to other regions of the country.

Many experts and representatives of tour operators also pointed out that the connection between the provinces of the Red River Delta would help create jobs for workers in rural areas, develop handicrafts and services, effectively exploit the assets of each locality to increase incomes, contributing to the improvement of the standard of living of the local inhabitants.

The potential of the region is great, but to become a tourist center, its provinces must come together to work out the best policies to carry out. Each should only invest in one of its strengths and focus on promoting it. Cooperation and partnerships between different actors will give tourists more diversified and attractive products and services, pushing them to extend their stay in the region.

What to do for the tourist development of the Red River Delta?