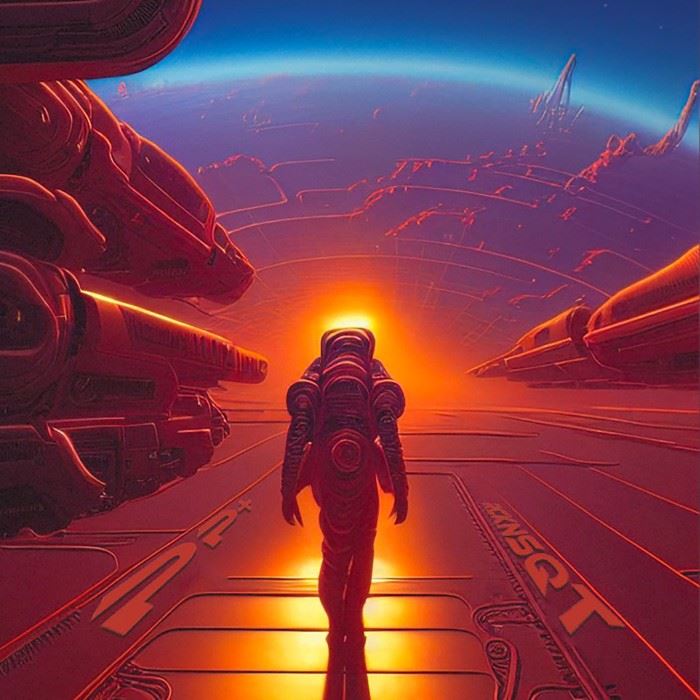 Squat, Rockin’ Squat or RCKNSQT are the pseudonyms of Mathias Cassel, precursor of Hip-Hop in France. A prolific tagger, he is then on radio Nova for anthology freestyles alongside the NTM. Then he created the group Assassin with Solo and DJ Clyde. 40 years later, he is still there and is releasing a new album. Encounter.

Christopher Augros: Is it a mistake to say that this new title (Better world) sounds very R&B?

THAT : If so, what motivated this new artistic direction?

RS: I’ve always listened to R&B since the days of Guy, Oran “Juice” Jones, Keith Sweatshirt Where New Edition to recite nobody else but them. Then the essentials after like Jodeci, Total, Aaliyah, TLC, Anthony Hamilton, Mary J. Blige… But I mostly belong to the school of Rhythm & Blues from before, artists like Earth, Wind & Fire, Marvin Gaye, George Benson, Prince, Mtume, Luther Vandross… There are actually too many…

THAT : What did you like about this young trumpeter?

RS: Robin is a talented artist, he is of this generation that the States have always had. Young people who grew up with good sound with multiple influences in their ears.

When I saw him again a year ago, I told him to stop by the studio to see what we could do together because for me he is one of the rare French Hip-Hop artists with a universe of his own that does not unlike any other. We need a new album from Doctor and 2023 will see his return to the Game like never before! Waiting for our piece Retweet is available on my project.

RS: What motivates me is to learn, understand, transmit and share what balances me with those who listen to me.

THAT : Where does Squat find the inspiration to evolve in terms of production? Do you listen to a lot of music? Your relationships?

RS: I am open to the world, I always believe in change and I think that ignorance is the poison of human relations. The heritage of humanity is rich in wisdom and diversity, it is necessary to know which doors to open and which paths to take to free oneself. I see so many of my loved ones sink over time into ease, stupidity and die of it. These examples around me allow me each time not to let myself go and to focus on the essentials. I am both Master and Apprentice. I learn from my victories but especially from my defeats.

THAT : You have always given importance to the visual, from the beginning with Colt. From now on, who is in charge of the covers?

RS: From my first cover to my last I always knew what I wanted. I stand behind all the visuals I put out. The cover of PP+ is the result of the new technique of AI. This is the first French rap cover made 100% by artificial intelligence. I’ve been tripping over the visuals with director Sacha Arethura on this project. Incredible result! The future will no longer have any limits.

THAT : What do you think of Hip-Hop culture these days?

RS: This movement is always at the forefront of renewal. It is truly the engine of our urban and modern societies. On the other hand, to continue to be innovative and to last, Hip-Hop will have to be more and more spiritual and ecological otherwise it will only be the relay of capitalism and consumerism which are doomed to disappear. When the business industry only seeks to sell records, make hits, create stars, Hip-Hop actors continue to transmit culture, to be better every day, and not to lose social conscience in their art. .

CA: Y are there people who find favor in your eyes?

RS: Too many to name.

THAT : Distribution level, what is your strategy? Will there be physical support? CD, vinyl or dematerialization?

RS: My new album PP+ is available on CD and Digital, we will release the vinyl later. My last 2 albums 432hz (2020) & Jail Planet (2021) were released on Digital, K7, CD & Vinyl. All my productions (music, books, merchandising) can now only be found on our site Living Shop and digital music as RCKNSQT on all platforms. Hard-core craftsmanship like we’ve been doing more since Buster Keaton’s early days (Laughs).

Meeting with Rockin’ Squat: “I am both Master and Apprentice”

Christmas, poverty, migrants, the mosque... So many questions in Cardinal Betori's greeting to journ...
"In the bubble", a Netflix movie to laugh at the pandemic with intelligence
Iván Gatón warns of transhumanism that endangers the human species
Tweet
Share
Share
Pin