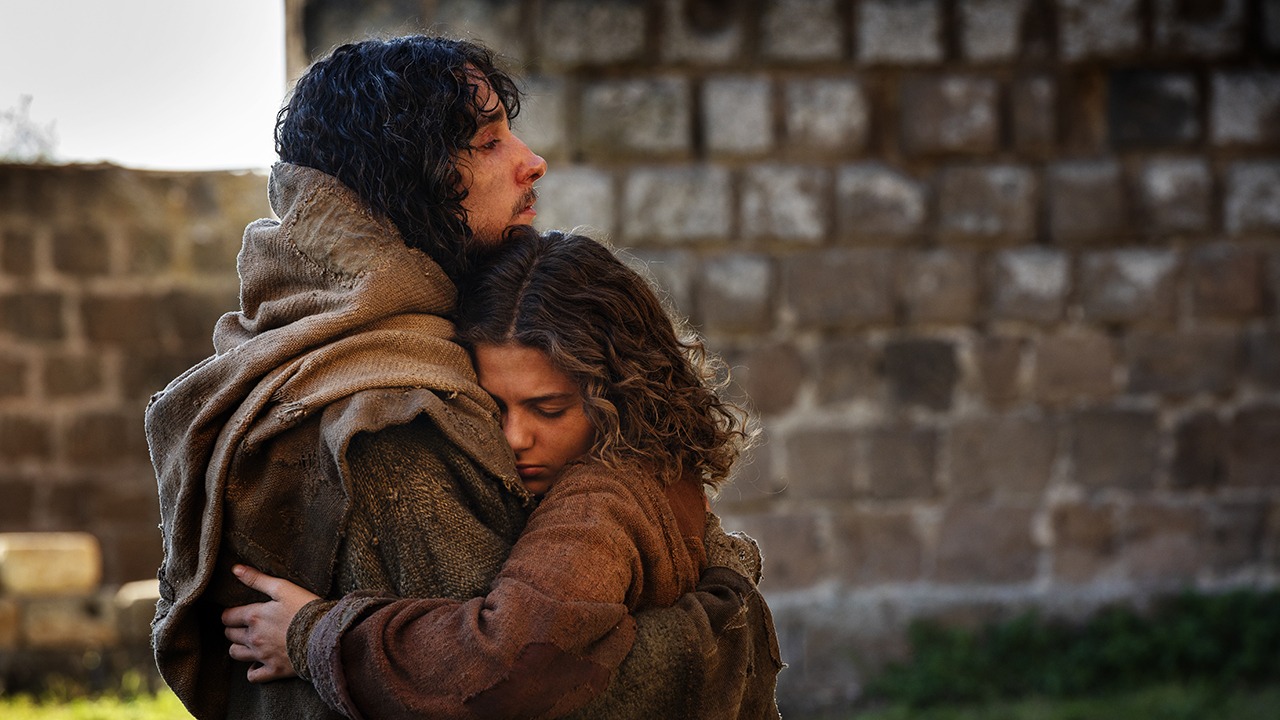 let’s begin Chiara’s review with an important clarification: in his latest feature film, presented in competition at the 79th Venice Film Festival and entitled Chiara, Susanna Nicchiarelli he chose to tell a story of just under twenty years of the saint’s life.

Speaking of Assisi, most people will immediately think of this central Italian town’s most famous son: Francesco, the 13th-century saint who knew how to talk to animals. Few will know her peer, friend and companion from Assisi: Chiara, or Chiara Offreduccio.

After learning of Francis’ vow of poverty, this daughter of an aristocratic family decided she wanted to follow his example and founded her own order, known since then as the Order of the Poor Ladies.

After a life dedicated to Christ in which he would perform several miracles and was also the first woman to write a series of monastic guidelinesClare of Assisi was sanctified only two years after her death in 1253. Shedding light on Clare’s youth from the moment she renounced her earthly possessions,

The privilege of poverty 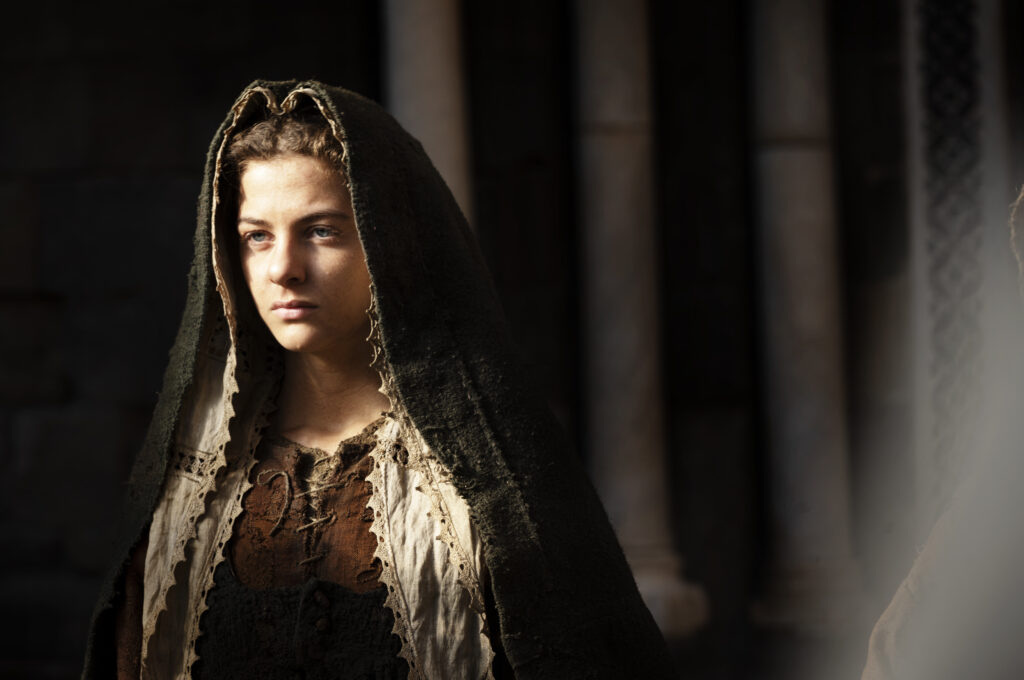 let’s continue with Chiara’s review with a temporal excursus, runs the year 1211 and Chiara (Margherita Mazzucco) and her friend Pacifica (Flaminia Mancin) run away from home to join the young Francis (Andrea Carpenzano) and his brothers, much to the dismay of their parents.

After having cut her hair and having voted for a life of poverty and chastity, Chiara is soon venerated as an example by other women, who flock to the convent she calls her residence. This includes her younger sister, and when her uncle shows up to bring her younger girl home, a miracle happens: Chiara’s sister becomes so heavy that her uncle’s men can’t take her away.

Clare and the other sisters begin their order in which there is no place for the hierarchy, even if the others blindly follow what Clare says and seek her advice whenever necessary. Such a strong woman inevitably invites us to sift Rome, and it doesn’t take long for the papacy to declare that women are not allowed the “privilege of poverty”nor to travel abroad like Francis and his brothers, to the chagrin of Clare.

Several miracles happen in and around the convent: a vase is magically filled to the brim with olive oil, one of the older sisters is miraculously healed and when a heavy wooden panel falls on Chiara she comes out from underneath unscathed. “Did I perform another miracle?” she asks the others incredulously.

The order also does its share of good work in the area, among other things raising the spirits of the local population when the plague strikes. Yet Clare’s conflict with Rome continues, as the Holy Seat remains disturbed by Clare’s unconventional methods and womanly strength.

Chiara di Nicchiarelli rather faithfully follows the known events of the life of Clare of Assisi from 1211 to 1228.

In tone close to the lyrics on which the script is based, the narrative of the film is stripped of any melodramatic content.

Clare’s life is not necessarily peaceful, but a large part is spent discussing monastic life, biblical passages and living according to the guidance of the Lord. Clare is portrayed as a young holy woman who rarely raises her voice and is pure in heart and soul.

For lack of a better word, this makes Chiara feel a little boring, even with a moderate length of one hour and 45 minutes. Nicchiarelli enlivens the film with musical interludes, just like his previous film Miss Marx. While in that film the songs were decidedly anachronistic, in Chiara the works are truly medieval, accentuating the overall monastic and religious tone.

It makes Chiara a strange work, a film centered on a feminist icon without much wit and a film that does not relate in any way to our times.

The portrait of a saint

We come to the conclusion of Chiara’s review by saying that it is undoubtedly a strangely fascinating film, albeit without much balance and sometimes dragging the feet. In the absence of a true antagonist, the papacy being primarily an off-screen presence, the film boils down to a series of events in this saint’s life, in which any adversity is quickly overcome by a miracle or prayer.

As in Miss Marx, Nicchiarelli in Chiara try to create an icon,

but her Clare is too holy to leave a lasting impression, which is why most people know Francis of Assisi, and not Clare.

The story begins in Assisi in 1211 when Chiara, just 18 years old (played by Margherita Mazzucco, made famous by the hit series The brilliant friend), runs away from her father’s house to be with her friend Francesco (Andrea Carpenzano). Taking refuge in a convent and joined by her younger sister Agnese, she begins to live in poverty and according to the word of God together with her sisters.

The film is distributed entirely in dialectwhich is sometimes difficult to follow, even if the actors do an admirable job with the language and the result is quite natural and spontaneous.

In the cast stands out Margherita Mazzucco for the seraphic and courageous portrait of a girl and a woman who refuses to bow to the violence of her family or to the pressure exerted by Cardinal Ugolini and the future Pope Gregory IX (the cryptic Luigi Lo Cascio).

All she wants is to live with her sisters in poverty and freedom, like the Franciscan friars. The actress also enjoys a good understanding with Andrea Carpenzano, their friendly brother-sister relationship appears pure and authentic, although not without conflicts. The couple becomes particularly important for the papal recognition that Francis receives for his work.

But according to Pope Clare she is unable, as a woman, to “lead by example” or to preach the word of God outside the convent walls.

Their physique fits their characters perfectly, the rest of the cast refrains from overly emphatic or rhetorical interpretations. The result is remarkable and difficult to achieve, especially when working on characters who speak mainly of miracles, compassion, spirituality and pious works.

The film’s musical inserts, songs and dances, meanwhile, are relatively organic and are all well orchestrated. They seem more dramatic pauses than real scenes, which celebrate crucial moments in history, such as the recovery of the elderly sister Balvina (Paola Tiziana Cruciani).

Nicchiarelli turned to Crystel Fournier for a photograph flooded with warm colorsenhancing the expressiveness of the protagonists’ marked faces, the contaminated green that surrounds them and the austere beauty of the religious buildings.

The sequence in which the famous Canticle of the Creatures is recited and the scene that portrays Chiara in front of the convent and increasingly surrounded by a flock of pigeons, are perhaps two of the most moving and inspired of the film, visually speaking.

Furthermore, on more than one occasion, the space and the staging are managed in a symmetrical way, with the actors facing the camera frontally, clearly recalling the Christian iconography of the time.

We conclude Chiara’s review by saying that the final scene could almost belong to another type of story and ends up transporting the viewer – at least for a few moments – to another dimension, decidedly more earthly and more modern in stylistic and musical terms. The ending works thanks to its simplicity, leaving the audience with a broad sense of tranquility.