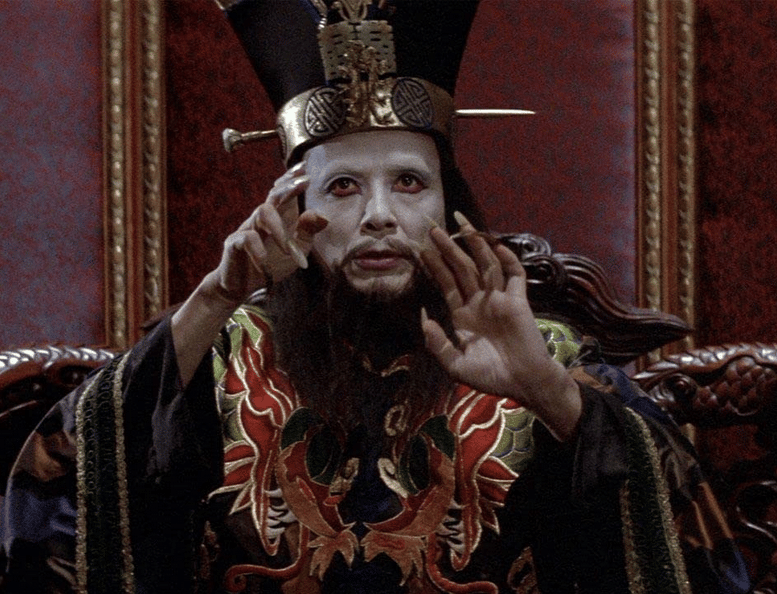 Dwayne Johnson is a very busy man, especially since he joined the DCEU with his film Black Adam, which was recently released. He does not even intend to pause in his rich film career which is currently at its zenith.

The American actor already on a new project which was first mentioned in 2015. It is obviously the sequel to the 1986 cult film, Big Trouble in Little China, which the actor plans to produce with his former partner, Hiram Garcia. One of the stars of the original film, James Hong, recently gave his thoughts on the new film. The latter simply thinks that the original film hardly needs a sequel.

James Hong Thinks The Original Film Should Be Left ‘Alone’

James Hong portrayed the wizard Lo-Pan, the main antagonist of the original film. While his last film Wendell & Wild is about to be released on October 28 on Netflix, the American actor returned to Dwayne Johnson’s project. In particular, he thinks that the original film should remain unique.

“Well, I think they should leave the classic alone,” he said soberly during an exchange with ComicBook.com. The actor remains especially against the idea of ​​a new project around the film without any character appearance. “Without Lo-Pan?” How dare he,” he added. Hong is therefore not completely opposed to a sequel to the film. Only in case he was called to step back into the shoes of the wizard Lo-Pan.

“However, I’d like to reappear in the new and do something spiritual, like Star Wars where the characters come back and do some kind of reprieve. Obviously, because let’s face it, Lo-Pan is a big part of that first one, so how can you forget it? he confided to finish.

Big Trouble in Little China: a return that promises to be very complicated

The original film follows Jack Burton, a trucker, who helps his friend Miao Yin save his fiancée from the wizard Lo-Pan. John Carpenter’s film was a commercial failure, but has won a large number of fans over the years. More than just a horror movie, the film is quite a successful combination of several genres, which offers a unique experience.

It is therefore not surprising to see Dwayne Johnson interested in it. However, the project he has wanted to implement for seven years seems to have some difficulties. Last year, producer Hiram Garcia announced that the project was encountering some of the complications that usually come with “legacy ownership.” Director Carpenter doesn’t seem entirely enthusiastic about the idea.

“They want a movie with Dwayne Johnson. That’s what they want. So they just chose this title. They don’t care about me and my film. That movie wasn’t a hit,” he said in 2018. But The Rock has the influence and the talent to get things done. If Carpenter agrees, the film could soon be started.

Big Trouble in Little China: the interpreter of the sorcerer Lo-Pan speaks about the announced sequel to the film