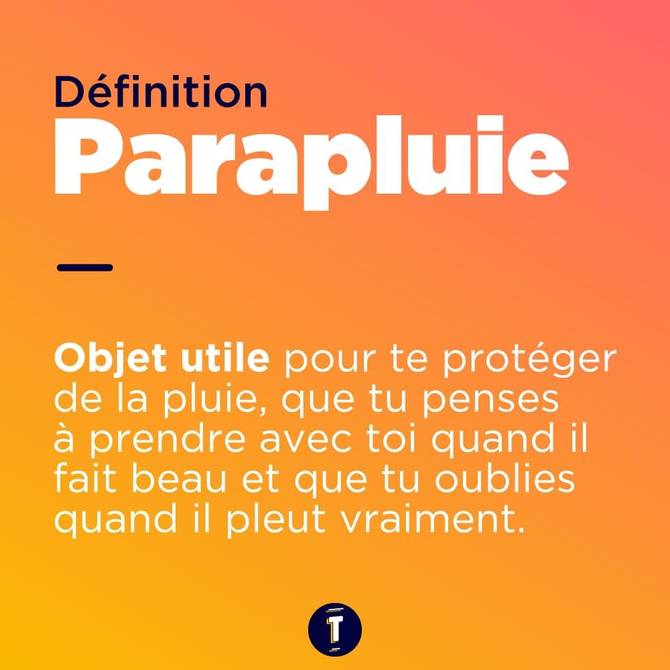 The 21st century is: 5G, robots, Artificial Intelligences galore, revolutionary smartphones, and… Wacky beliefs straight from the past that even Michel Drucker did not know. Eh yes ! We may innovate a little more every year, but there are things that obviously never change. Honestly, I find that a bit stupid… OH STOP! MIRROR TIME ! STOP EVERYTHING, AND TOUCH RED! SPEEDEEEEE!

Friday the 13th is unlucky

There are several possible origins for this superstition! The first is biblical: Jesus was crucified on a Friday. The night before, he would have invited his 12 apostles to brief them on this story of “blood” and “body of Christ”. 12 friends + JC in person = 13 friends around a table. In view of the rapid deterioration of their relationship the next day, Judah is considered the 13th guest, one too many.

The second is mythological: in Greco-Roman mythology, the 13 breaks the harmony of the 12, which is a symbol of perfection. There are 12 signs of the zodiac, 12 Gods of Olympus, 12 moons in the year, 12 hours of day, 12 hours of night, 12 labors of Hercules,… Hey presto, the 13 fucks up the mess.

I’m sorry to tell you, but the origin has nothing exotic or spiritual about it: it’s just a matter of caution. In the 18th century, the opening mechanism of umbrellas was dangerous. By opening it inside, you could easily hurt someone (or break a glass). The easiest way to avoid all these inconveniences: open it outside. Simply.

Putting a hat on a bed attracts death

This superstition is not old, since it dates back to the 19th century. At this time, men wear hats, and all the more so if it is a funeral day. When going to visit a dead person in a mortuary room, they remove their headgear as a sign of respect, and lay it on the bed. Quickly, the image of a hat on a bed was therefore associated with death, or at least with a bad omen. Some push the image a little further: they see in the shape of the hat a kind of funeral wreath. Yeah, it gets a little more capillotracted there.

Never go under a ladder

Here too, the origins are multiple! First, and again, there is a biblical explanation: a ladder was used to hoist the body of Jesus onto the Cross and crucify him (on a Friday, therefore). This ladder = death association has continued over time, since in medieval times, it was always present during a killing by hanging, to attach the rope to the gallows. To go to the pillory, the condemned man had to pass under the ladder. Here is. Not too creepy, what.

Okaaaay, so we’re not going to go into too much detail since there are 4 possible origins for this little superstition!

1 : Molière would have died in a green suit, playing Le Malade Imaginaire (not so imaginary as that, suddenly, lol) on February 17, 1673. Problem: it’s wrong. He wore red, and didn’t really die on stage (he felt unwell, but died a little later, at home).

2 : In the 16th and 17th centuries, we did not yet know how to make a green dye capable of holding up over time. The costumes were then painted with a mixture of copper oxide, cyanide, vinegar and urine (great). A slightly toxic mixture (but no?) to which several artists died (as you can see in these stupid things that our ancestors died of).

3 : In the 18th and 19th centuries, with calcium oxide lamps, green came out very badly. Actors in a green costume become almost invisible on stage. Balot.

4 : At the time, the English played their plays more outdoors. How can you tell that a green suit, on the lawn or in a park, doesn’t really highlight the performers?

🔴 CULTURE / GENERAL “Wearing green on a stage, getting on a green tour bus, designing a poster…

Posted by Culturelink we Monday, November 4, 2019

Crossing a black cat does not bode well

Focus on the Middle Ages, a period during which we were more afraid of witches than of global warming. Fear of witches BUT ALSO, of their faithful companion: the black cat. Besides, black was considered the color of the devil.

Much later, a legend will tell that just before losing at Waterloo, Napoleon would have seen a black cat passing by. Personally, I can’t confirm whether it’s true or not, I was shopping at Monoprix that day.

A broken mirror = 7 years of misfortune

A belief that has survived the centuries, since it comes straight from the Roman Empire of the 1st century! At that time, the Romans were convinced that the mirror reflected the image of the spirit, in addition to that of the body. In fact, breaking a mirror = destroying one’s soul. A little venerates, and petters a little too much. If they spoke of 7 years of misfortune, it is because at the time, the Romans thought that life was divided into periods of 7 years. We thus obtained a cycle of curse, and not a life. Nice.

Knock on wood protects us

– “It’s okay, your Christmas train isn’t cancelled?” » – « For the moment, no… I KNOW WOOD! “: the conversation you had with your colleague Sandrine a few days ago, around the coffee machine. Unfortunately, there was no wood around, so you ended up bussing back down south for Christmas, and that was a bummer. You can only blame yourself… We only “knock on wood” if there is some, after all! It was the Persians who started doing this to place themselves under the protection of the God of fire. The Christians took over the bazaar, associating wood with the cross. We always come back!

And you won’t be surprised to learn that once again, the origins are linked… To Christianity! The phrase comes from England, and the sign represents… A cross. What a surprise ! The latter is supposed to protect the faithful from any misfortune. Some go a little further since they associate the shape of the crossing of fingers with the appearance of a fish, a symbol of affiliation to the Christian community. It’s still crazy to see that so many pagan symbols are inspired by a religion, isn’t it?

“YOU DID NOT LOOK ME IN THE EYES WHILE CLASTING!!!! loves howling your already drunk uncle during Christmas dinner. Following this, he pours half of his flute in the face with a fat laugh, explaining “alleeeez, in the eyes for real hahahaha”. Nice. But why is he doing this? Well because, in the Middle Ages, it was not uncommon to end up with a little poison in your drink. In order to reassure his guest (or to get rid of the desire to butt anyone) it was customary to spill a little of his drink into the other glass at the time of the “TCHIN”, and to stand straight in the eyes to prove his honesty. To your good health, rascals!

Top 10 explanations behind the most famous superstitions

VOD: what are the films not to miss the week of November 6 to 12? Peter Von Kant, Ennio, Sundown...
WHISKEY AND WATER: THE DILEMMA OF DILUTION
In the Louisville of Muhammad Ali, of Cassius Clay, the greatest boxer in history
Tweet
Share
Share
Pin