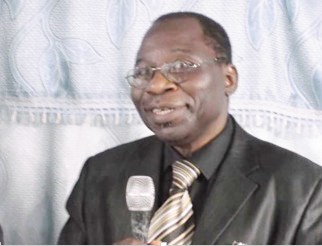 Proceedings of a virtual workshop held, on September 15, were concluded on the official creation of a network of cooperation and coordination of institutions and actors in African oral traditions (REPATO). This network will focus primarily on sharing information, harmonizing efforts and strategies, mobilizing resources and advocacy. This, in favor of the preservation, enhancement and documentation of the African oral tradition. A heritage necessary for the transmission of culture, knowledge and philosophy specific to African peoples. Set up on the initiative of the Center for Linguistic and Historical Studies by Oral Tradition (CELHTO), REPATO is managed by a management committee chaired by the director of the International Center for Bantu Civilizations (CICIBA), Pr Antoine Manda Tchebwa.

The Network for cooperation and coordination of institutions and actors in African oral traditions (REPATO) is focused on the baptismal font, during a virtual workshop organized, on September 15, by the Center for Linguistic and Historical Studies by Tradition Orale (CELHTO), a specialized office of the African Union Commission based in Niamey. The meeting brought together various actors in oral tradition from specialized institutions, researchers and teacher-researchers, university research institutions, partners and experts from the world of culture and oral tradition, both from Africa and the diaspora. . It allowed them to decide on the establishment of documents and tools to facilitate the functioning of the Network of exchanges on African oral traditions. The participants also discussed the establishment of the contact database of actors and experts in the field, as well as the creation of a mailing list and a WhatsApp group on behalf of the network. They were able to define areas of collaboration, setting up meeting and animation activities for the sustainability of the Network. At the end of the discussions, a Network coordination committee and regional focal points were set up. The committee is chaired by the director of the International Center for Bantu Civilizations (CICIBA), Congolese Antoine Manda Tchebwa.

According to Mr. Yves Komi Nkegbe Foga Tublu, coordinator of CELHTO-UA, the establishment of this network is justified by ” the observation that there is a lack of a consultation framework and a synergy of actions between the different actors of African oral traditions “. In this context, REPATO proposes to work to strengthen the synergy of actions between institutions by creating a coordination and advocacy mechanism and by setting up conditions for the development of African culture, through oral traditions. To achieve this, REPATO will work in close collaboration with other networks or sub-regional and regional organizations with the same goals. And this, with a view to achieving the objectives of African cultural renaissance through the implementation of the African Union’s Agenda 2063. The network also proposes to work to strengthen the dissemination of the results of research on African oral cultures and traditions as well as to develop education in oral traditions. It also involves making traditional knowledge and know-how accessible to younger generations and contemporary artistic creators (musicians, slammers, playwrights, screenwriters, etc.).

Endowed with an executive coordination and an operational secretariat based within the CELHTO in Niamey in Niger, REPATO is open to any institution and to any actor working on oral traditions and who wishes to join. The resources necessary for its operation will be provided by CELHTO, member institutions or their partners.

Indeed, as the Malian writer Amadou Hampâté Bâ said so well, ” in Africa, when an old man dies, a whole library burns “. This famous perception recalls the importance of oral tradition, as well as the need to work to preserve it and enhance it by documenting it. But how ? It is with this concern that the Center for Linguistic and Historical Studies by Oral Tradition (CELHTO) and REPATO intend to collaborate, to get the African oral tradition out of the rut. It will be for them to work to have a database of actors and experts in oral traditions, contributing to the dynamics of collecting and enriching the documentation of this heritage, which remains a heritage reflecting many dimensions. of man, including reason, intelligence, spirituality and the will to remain in the long term. A heritage also perceived as a channel for the transmission of culture and knowledge, through the diverse set of its media: tales, fables, myths, epics, proverbs, riddles and riddles.