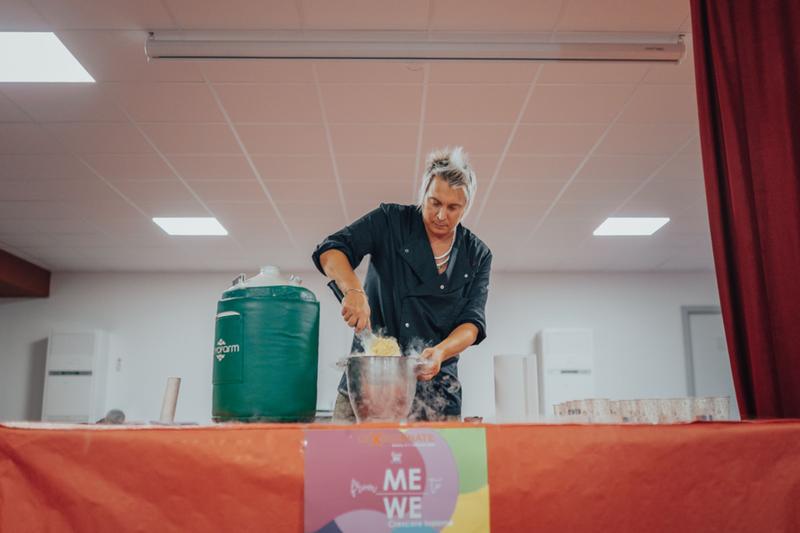 Do you want to advertise on this site?

They came from all over Italy, from those suburbs that too often (even unjustly) are pointed out as places to stay away from. They came from Milan, Perugia, Rome, Naples, from Catania to experience a week of sharing with their peers from San Polo.

A neighborhood that in the collective imagination has a clear connotation, certainly not a positive one, “but we are here to show that instead it is not soor rather: that we are working hard to make it no longer like this “, says Federico, one of the boys from the Parish of Don Marco Mori, the volcanic priest who with Daniele Alberti (and his Soldano Foundation) gave shape to the first edition of the “From Me To We” project.

The participation was enthusiastic, about twenty children from Brescia are participating, 35 those from other cities; they are partly hosted by some families of San Polo; one, in particular, hosts four, as many as there are children. On Sunday the arrival, we will continue for the whole week between workshops, meetings, sharing. The project is linked to the seventeenth edition of LeXGiornate Festival.

Yesterday the boys met him chef Andrea Mainardi, from Bergamo but now Brescia by professional adoption. The cook told about his professional career, from difficult beginnings to success on television with Antonella Clerici; Mainardi then prepared the liquid nitrogen ice creamleaving everyone speechless.

He arrived in the early afternoon at the oratory of Sant’Angela Merici where the young people gathered for lunch which was also attended by the mayor Emilio Del Bono; The curate don Filippo Zacchi, a young priest enthusiastic about this experience, which is particularly enriching from a human point of view, is also actively involved in the project.

Obviously, in these days there is also space for prayer, “which will be lived out of predictable contexts in order to understand what it means to have a spiritual point in life “as Fr Marco Mori pointed out.

Edoardo and Augusto come from Milan, “Southern Milan” they immediately specify, they are 17 and 16, they are two boys from the oratory, “we are having a great time – they tell us -, we didn’t think we were going to live such an intense experience”. Experience that they define as a real one “Cultural exchange”“Even hearing people speak in other dialects is a lot of fun, also on this front we learn new things” they underline with a smile.

Here, the smile is the characteristic feature of all those present, just look at the boys to immediately realize their contagious joy, of how much the Brescia trip is transforming, day after day, chat after chat, into something that will remain forever imprinted. in their mind. Don Marco doesn’t stay still for a moment (he just can’t), he greets everyone, for everyone he has a word, a joke, no one escapes him. With him the boys open up, they tell him about their life, even the most personal and difficult moments. “These days are also giving me a lot on a personal level,” he says visibly satisfied.

Because this project was a bet, already won. Last night the boys got on tower of San Polo to experience a moment of spirituality called “Going through the ugly to contemplate the beautiful”. Because we also come out of the suburbs with poetry, with a new language.