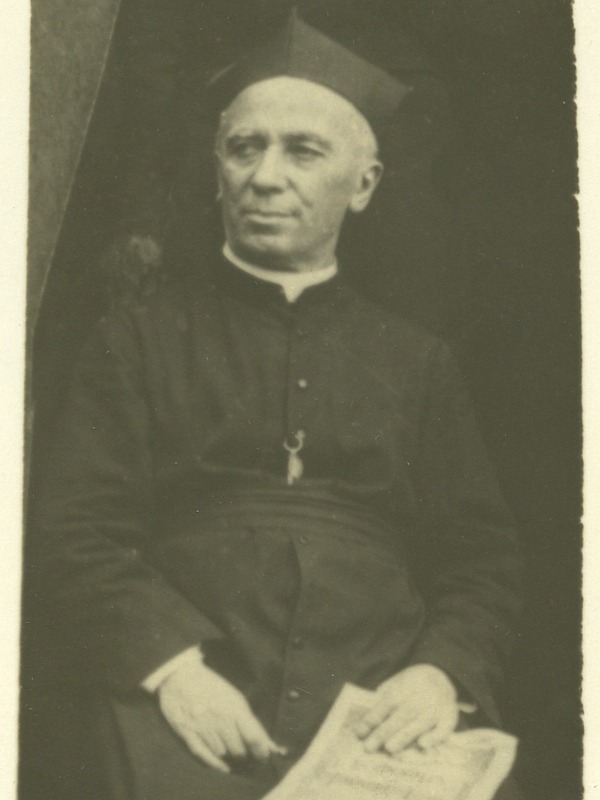 From September 8 to December 15, 2022, the relics of Saint Thérèse travel for the third time through Brazil, thus nourishing the very strong devotion of Brazilians to the saint of Lisieux. A devotion that developed from the year of his death, in 1897, thanks to the Jesuit Father Henri Rubillon, on a mission in Brazil.

“Santa Teresinha” churches are dedicated to her, thousands of Brazilians come to Lisieux each year, her relics undertake the journey to Brazil for the third time in 25 years… How to explain the strong attachment of Brazilians to Saint Thérèse? , who nevertheless did not leave the Carmel of Lisieux during his short religious life? She who wanted to “travel the Earth” and “announce the Gospel in the five parts of the world and even in the most remote islands” can rejoice that her universal message of life, peace and love has radiated beyond the oceans.

In Brazil, Saint Thérèse owes her influence to one priest in particular, Father Henri Rubillon. Seven years her senior, originally like her from Normandy, this Jesuit missionary had a deep admiration for Thérèse and for her spiritual insights. The year she entered Carmel, he entered the novitiate. Both made profession in 1890. A few months later, he embarked for Brazil, where he taught in the Colleges of the Society of Jesus.

A teacher at Anchieta College in the city of Nova Friburgo, Father Rubillon preaches numerous missions and retreats throughout Brazil. He introduces Thérèse’s spirituality by reading her autobiography Story of a Soul. Wherever he went, he established groups of friends of Thérèse to whom he gave the title of “sister Thérèse’s legionaries” responsible for spreading the message of love and abandonment of the French Carmelite. From 1913, he began to disseminate examples of the life and thought of Saint Teresa in Nova Friburgo.

Archives of the Carmel of Lisieux

He made himself “the humble herald in Brazil of the glorious miracle-worker of our times”, in his own words, or even “the tireless apostle of Sister Thérèse in Brazil”, as Sister Marie-Emmanuel of the Carmel of Lisieux calls him. The letters of the latter, addressed to Father Rubillon in 1918, confirm this: “What joy for us to see the development in Brazil, and how much thanks to you, of the devotion of Sister Thérèse” (March 10, 1918). “Here you are, my good Father, the great depositary of our little saint in Brazil, the “branch” of Lisieux” (September 1, 1919).

Brazil, the “branch” of Lisieux

Like other countries, it was still Father Rubillon who raised a subscription in his adopted country to finance the purchase of a Brazilian flag for the Carmel chapel in 1919. The flag was sent in Lisieux in a splendid case of precious wood, on which were carved the coat of arms of Thérèse. The following year, the Carmel proposed to Father Rubillon to offer the shrine to receive Thérèse’s bones. It would be “the most intimate contact that Brazil could desire with the relics of little Thérèse”, writes Mother Agnès of Jesus, Pauline Martin, Thérèse’s sister. The missionary accepts, and the generosity of the Brazilians is such that they offer a beautiful jacaranda wood chest to house the relics of Thérèse of Lisieux. It is this reliquary, called “the reliquary of Brazil”, which was used during the first pilgrimages of the relics of Saint Thérèse across France between 1945 and 1947, then in 1995 and 1996. It was also he who was present in Rome for the proclamation of the Doctorate of Saint Thérèse in 1997. It is now a copy that travels around the world, the original being kept in Lisieux.

Thérèse was canonized in 1925. From 1930, requests poured in from many countries of the world asking for the proclamation of Saint Thérèse as Doctor of the Church and Brazil was not left out. On September 30, 1930, the Bishop of Taubaté, Msgr. Epaminondas Nunes de Avila e Silva, sent a petition to the Pope requesting for Thérèse the title of Doctor of the Church. But it was not until October 19, 1997 that John Paul II officially declared her a Doctor of the Church.

Even today, the link between Brazil and Saint Thérèse remains strong. Considered the most important Catholic country in the world in terms of faithful (130 million people), Brazil does not forget the little Norman saint.

Many churches are dedicated to him, such as the “Paroquia Santa Teresinha”, in São Paulo, where the relics will be exhibited upon their arrival on September 8, 2022. Taubaté, in the state of São Paulo, is home to the very first church in Brazil dedicated to Saint Therese. It was built from 1923 on the initiative of Bishop Epaminondas Nunes de Avila e Silva. While initially only a chapel was to be built, the influx of donations made it possible to make it an immense sanctuary, directly inspired by the church of Saint Jacques in Lisieux.

Currently, with the United States and Italy, Brazil is one of the three foreign countries whose nationals visit the sanctuary of Lisieux the most. Every year, around 3,000 Brazilians set foot on little Thérèse’s native soil. “Brazilians have an open heart, they are fully confident in the promise made by Thérèse: ‘I want to do you good’, this is why so many of them love Thérèse”, analyzes today the Father Olivier Ruffray, rector of the sanctuary.

Why is Brazil called the “Lisieux branch”?