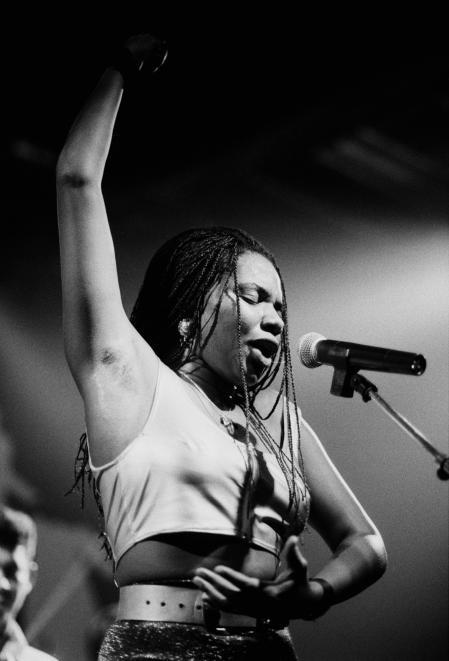 In 1971, the musician Jorge Ben released an album, black is cute, which sailed on the American cultural movement Black is Beautiful. “Black is cute, black is love, black is friend”, sang the artist. If the afro samba (1966) by Vinicius de Moraes and Baden Powell claimed the black roots of Brazilian music, the Black Rio movement in which Jorge Ben moved opened a more politicized path. In 1976, the legendary Tim Maria was recording Rhodesia in protest against South African apartheid. In 1982, Sandra Sá popularized colorful noses, all a praise of blackness. In 2002, shortly before the elections that would bring Luíz Inácio Lula da Silva to power, Elza Soares re-recorded the song to meat from Farofa Carioca, the Seu Jorge group: “The cheapest meat on the market is black meat”. The song denounced how the Brazilian black population ends up unjustly in jail, living on the street or in underemployment. A few months after the hit from Soares the black musician Gilberto Gil, through poetic justice, became Minister of Culture.

Half a century after black is cute, the music of Brazil has changed radically. Blackness cuts across most styles. From pop to rap, from jazz to urban sounds, the black music matter, the sound version of Black Lives Matter, permeates the soundtrack of Brazil today. Artists like Tiganá Santana, Luedji Luna, Drik Barbosa, Bia Fernandes, Jonathan Ferr or Serena Assumpção (died in 2016 at the age of 39) are some of the representatives of the new crop. The appointment of the Bahian musician Margareth Menezes as Minister of Culture of the new government of Lula da Silva makes visible a black Brazilian music that combines ancestral rhythms and urban sounds, Afro spirituality and social themes.

Brazilian Afropop. “Why can pop-rock exist in Brazil and not Afropop?” is a common question from the now minister Margareth Menezes. She already artistically answered that question in Brazilian Afropop (2001), their pinnacle album. paying homage to axé and the carnival in Bahia, the record created a new atmosphere for blackness. In recent years, Luedji Luna has emerged as one of the magicians of a certain Afropop with ancestral aromas and urban textures. A body in the world (2017) was received as an event. Bom Mesmo É Estar Baixo D’Água (2022), as a confirmation. Singing about racism, feminism or spirituality, this Bahian woman expanded Afropop with jazz, rhythm and blues or electronic arrangements.

Along with the new Minister of Culture, other names stand out such as Luedji Luna or Drik Barbosa

Luedji Luna or Xênia França are part of a new generation of black women who sing about the racial question without complexes. Bia Ferreira, who insists on anti-racism and LGBTphobia, defines her music as MMP, Music by Mulher Preta (black woman music). Doralyce, a passionate Afrofuturist, shatters the canons of beauty in her hit Miss Beauty Universal. Drik Barbosa, forged in the battles of rappers on the outskirts of São Paulo, continues to amaze with her sonic versatility.

If there was a throne of urban sounds, the king would be Emicida. Throughout a long rap career, Emicida opened up to new sounds. 2016 was her watershed: she launched Lab Fantasma, the production company that in multiple ways catapults black artists such as Coruja BC1, Drik Barbosa, Rael, Àttøøxxá or Caio Prado, among others. Circulating at fashion events thanks to her clothing brand LAB de ella, an empowering tool, Emicida cooked the multi-award-winning album loveelo (2019). The video clip of the song love it, recorded in a favela in Rio de Janeiro, summarizes the spirit of the moment and/or movement Black Music Matters: a black drag queen (Pablo Vitar), girls dancing ballet, an athlete with Paralympic medals, messages of self-improvement. And a phrase from the seventies idol Belchior sampled and transformed into the survival hymn of minorities during the Bolsonaro government: “I’m bleeding too much, I’m crying for a puppy, last year I died, but this year I don’t die” (I have bled too much, I have cried a lot, last year I died, but this year I do not die).

African ancestry is back. No longer linked exclusively to traditional rhythms, but as a transversal axis. In July 2016, the album ascension by Serena Assumpção dazzled the public and critics. Cooked between 2009 and 2015 with more than forty collaborations, ascension dedicated each song to a orisha (deity) African. The death of Serena, daughter of the legendary Itamar Assumpção, invested mysticism in a sophisticated work that mixes Afro percussive roots with urban aromas. In turn, the weight of African cultures stars in the work of Bahian Tiganá Santana, an icon of blackness since the launch of macalê (2010), considered a major album.
Brazilian Afrofuturism – that hybrid of technologies, favela aesthetics and bright cosmic clothes – is another frequented sound path. Imbued with the colorful clothes and the philosophy of Sun Rá, the pianist Jonathan Ferr cooks jazz with details of black music, samba, electronica or hip hop. His albums Trilogy of Love (2019) and Healing (2021) have exalted him as the new shaman of Brazilian jazz: the same thing opens concerts at Kamasi Washington, sweeps Rock in Rio or plays in favelas (his great dream is to popularize jazz). For her part, Xênia França conquered the title of queen of Brazilian Afrofuturism with her album Xenia (2017) and with an irreverent Afrofeminist position. B.G.

Crown Prince Haakon talks about stripping his sister of her princess title
Statkraft withdraws from hydroelectric project due to impact on Mapuche
The weekend exhibitions: from Somaini to 18th century Venetian painting. At the Royal Palace of Cas...
Tweet
Share
Share
Pin