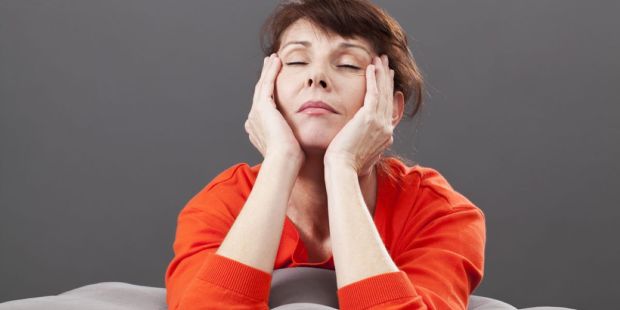 Is it something too oriental and un-Christian, or does the Church share the practice of meditation? A very complex question that he tried to answer Father Guidalberto Bormolini, religious of the “Prayer rebuilders“, in the book “The Art of Meditation” (Ponte delle Grazie).

Meditation – according to the thesis of Father Bormolini’s book – represents the path through which each of us can try to seek that primordial condition, to give direction to the nostalgia of the Infinite and to travel a ​’​stairway between Heaven and earth’​. The author takes readers on a fascinating pilgrimage through personal and intimate experiences, quotes from scholars of all ages and backgrounds, and suggestions on the desire for infinity to which the practice of meditation can lead.

Affinity between the mystical ways of religions

Father Bormolini highlights the surprising affinities between the mystical ways of the different religions – Christianity, Judaism, Islam, Buddhism – and the exchanges that have taken place over the centuries between researchers of spirituality, as well as the effects that this practice brings on our body, our psyche and our spirit.

Then he dwells on what the Church thinks about meditation. According to Father Bormolini, it is especially since the Second Vatican Council that a great movement of dialogue between religions has developed. However, the interest of many Western Christians is aimed especially at the religions of the Far East. The most important document on this issue is the declarationNostra Aetate on The different religions of the Second Vatican Council.

In the Church, in fact, the comparison, on prayer and meditation, with other forms of wisdom is welcomed, provided that the believer is well rooted in his own faith in order to avoid confusion, as a document of the Secretariat for non-Christians from 1984 says: «Men rooted in their own religious traditions can share their experiences of prayer, contemplation and faith», achieving «mutual enrichment and fruitful cooperation in promoting and preserving man’s highest spiritual values ​​and ideals».

The conciliar document Ad Gentesrecalls Father Bormolini, wonders how the Christian “can welcome into his religious life ascetic and contemplative traditions whose seeds were planted by God in ancient cultures, prior to the preaching of the Gospel”.

The line of bishops of Asia

The Plenary Assembly of the Bishops of Asia further extends a hand by expressing itself on the mutual gift of meditative practices:

“Asian prayer has much to offer to an authentic Christian spirituality: a richly developed prayer of the whole person in the unity of body-psyche-spirit; contemplation characterized by profound interiority and immanence; venerable sacred books and scriptures; the traditions of asceticism and renunciation; the methods of concentration discovered by the ancient oriental religions; the simplified forms of prayer (with which people) so easily turn their hearts and minds to God in their daily lives.”

By now there are many Christians interested in meditative practices of oriental origin, and they wonder what it is permissible to do. However, the times we are living in were prepared by courageous pioneers. Among these there was certainly the French monk Jean-Marie Dechanet who wrote the text “Yoga for Christians”, which obtained the imprimatur in 1956, in the pre-conciliar era.

The position of Pope Francis

Then there is the recent pronouncement on meditation expressed by Pope francesco on the occasion of a series of catecheses addressed to the Bishops on the theme of prayer, one of which was dedicated to meditation. Although it is not a magisterial document, it nevertheless has the authority of a teaching through which the Holy Father recognizes the anthropological and universal value of meditation:

«We all need to meditate, to reflect, to rediscover ourselves, it is a human dynamic (…) The practice of meditation has received great attention in recent years. Not only Christians speak of it: there is a meditative practice in almost all the religions of the world. But it is a widespread activity even among people who do not have a religious vision of life”.

“Meditating is a necessary dimension”

So starting from these considerations, he underlined the specificity of Christian meditation:

«Meditating is a necessary human dimension, but meditating in the Christian context goes further: it is a dimension that must not be cancelled. The great door through which the prayer of a baptized person passes – we recall it once again – is Jesus Christ. For the Christian, meditation enters through the door of Jesus Christ. Meditation practice also follows this path. And the Christian, when he prays, does not aspire to full transparency of himself, he does not set out in search of the deepest core of his I of him. This is permitted, but the Christian is looking for something else. Christian prayer is above all an encounter with the Other, with the Other but with a capital A: the transcendent encounter with God. If an experience of prayer gives us inner peace, or mastery of ourselves, or the lucidity on the path to be taken, these results are, so to speak, side effects of the grace of Christian prayer which is the encounter with Jesus, that is, to meditate is to go to an encounter with Jesus, guided by a phrase or word from Sacred Scripture ».

Yoga and meditation with Father Gentili

The growing thirst for meditation and silent prayer, concludes Father Bormolini in his book “The Art of Meditation”, has favored the birth of various schools in Italy, of which we briefly recall the best known.Father Antonio Gentili, religious of the Barnabite order, for many years he has been deepening the practice of yoga and meditation as precious tools to get closer to God, he leads meditation courses and deep prayer.

The bridge over the ford

The Capuchin friar Andrea Schnöller for several years he spread various meditative practices through the school he founded ‘The bridge over the ford‘. Father Giovanni Vannucci, a served monk, founded the hermitage of the Stinche and published the text, which has become a classic, Christian Joga.

The experience of Father Bormolini

The San Leonardo al Palco retreat house in Prato, where Father Bormolini resides, inspired by Reconstructors of Prayerhas become an important center of meditation, and is the first seat of the School of Christian Meditation Schools.

Click here to buy the book “The Art of Meditation” (Ponte delle Grazie).

What is the Church’s position on meditation?