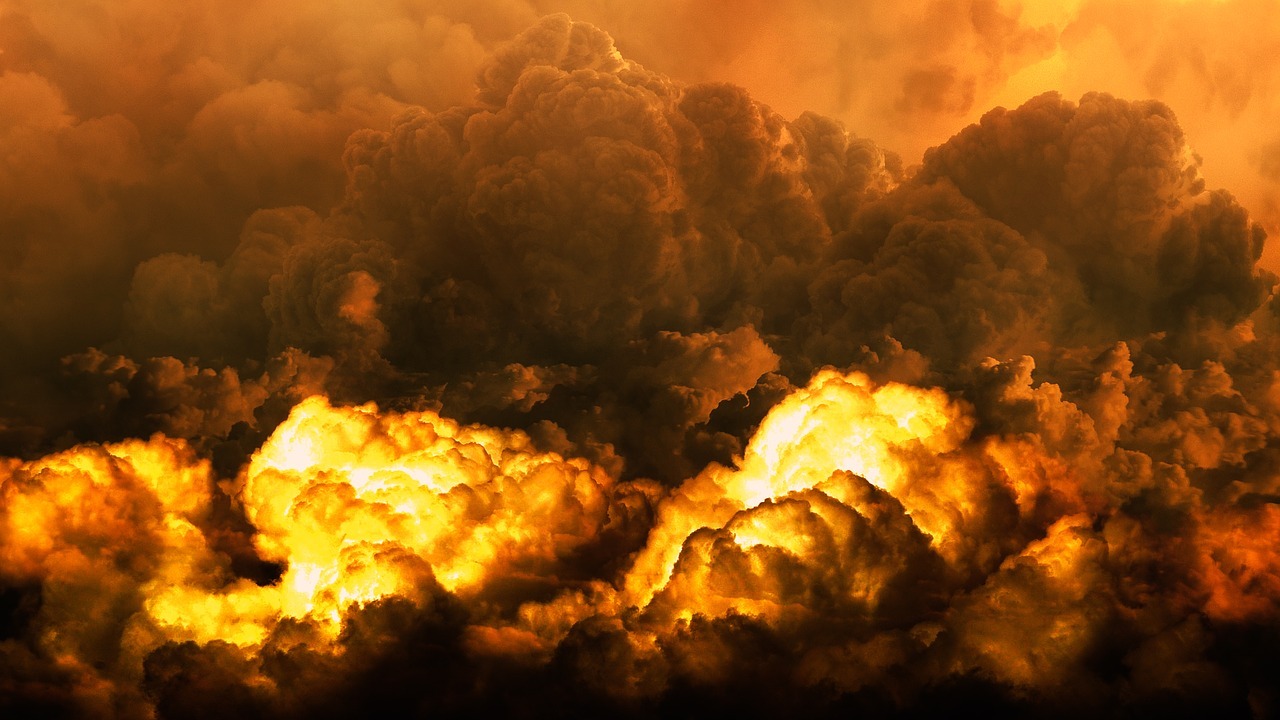 The game is over. The world comes to an end. Not only the lighting after the industrial and French revolutions, which have given rise to the economy and politics that we have, because the global vocation of the West, one of its most important characteristics, has its most recognizable origin and antecedent in the European colonial expansion, started in the 16th century, but also in the Christian need to spread their beliefs to all corners of the planet. For two centuries, this habit has been continued by the consideration that there should be nothing else on the entire planet than a capitalist economy and a liberal democracy, although both inventions require the frequent and even excessive interference of the State, an excrescence of a past that resists to dissapear. But this languishing world also derives from logo spawned in Greece, whose descendants are science, technology and the promise of Artificial Intelligence. Such thinking has simplified the world so much that it has created the illusion of being able to control it at will. Christian monotheism did something similar with spirituality, capitalism with the production and satisfaction of needs, democracy with freedom and equality, and globalization with relationships between people, information, ideas, and resources from different societies. All this simplification, in addition to facilitating the takeoff of the world, has also caused the loss of contact with any reality. This is precisely the end of the world. Concrete examples of this crisis are abundant and well known.

Faced with the environmental challenges that our world has known for half a century and that require drastic changes in lifestyles before 2025, otherwise extreme changes, droughts and famines will proliferate, our world is incapable of articulating any response credible overall. Faced with overcoming the peak of oil production almost 20 years ago and gas production 2 years ago, which had also been predicted some time ago, without this having changed the pace of the economy, which in societies such as the European, the Japanese and the North American, has grown by 50% every 30 years, but in the last 1,000 years it has become 286 times larger, the production and consumption machine cannot stop increasing and expanding, needing more and more energy that is going to disappear . Faced with the unsustainable increase in social inequality, which has multiplied by 8 since the 1980s and which, in addition to causing a loss of trust in institutions, increasing school failure and increasing mental illness, has reduced the hope of life of democracies at 84 years, no action by any government has faced the problem and even today it avoids it whenever it can. In the face of the obscene oligarchization of democracy, the main reason why in the last 30 years membership in political parties has fallen by 60% in France, 50% in the United Kingdom, 34% in Finland and 20% in in Austria, at the same time that abstention has gone from 16% in the 40s of the last century to 28% in the first decade of the current century in Europe as a whole, reaching in these years the highest and most repeated digits in 70 years, the political parties hide their uselessness, clientelism and corruption with an increasingly empty demagoguery and handing over the ends that they no longer know how to imagine to technocrats with increasingly shorter sights. Faced with a terrifying loss of spirituality, which is unprecedented in the history of our species, since it has been imprisoned in a self that hardly wants to look beyond its navel, the tons of books, techniques, therapies and self-help experiments do not stop to continue enclosing the subjects in themselves. And in the face of these and many other problems that grow like a fatal metastasis, it turns out that our world, precisely at this moment, when everything begins to crumble, does not know how to do anything but flee forward, letting itself be carried away by its being-for-war , drive even more atavistic than the one embodied by the logo and that it is even its own foundation, because before being western or westernized, the world that leads us to the abyss is patriarchal.

The recent NATO summit in Madrid, beyond facilitating the agreement to increase the military spending of its members, qualifying the Russia-China binomial as a new axis of evil and leaving Ukraine aside, which has already fulfilled its role by facilitating everything the foregoing clearly expressed our willingness to plunge into the abyss. It also did so in a besieged city, its inhabitants expropriated, with the Plaza Mayor converted into a parking and with its main cultural jewel, the Prado Museum, transformed into the setting for a banquet officiated by a restorer who has become famous for incorporating his trade into well-known humanitarian campaigns. Such a grotesque celebration has done nothing but exhibit the decrepitude not only of a country, ours, but of a world, the Western world, which has no remedy.

In such a context, the collapse that is upon us is not only inevitable but necessary, since the incapacity and lack of imagination of this world to face the very serious problems that it has created, together with its null flexibility and capacity to reform, in addition to the more and more grotesque and unacceptable staging that he offers us, do not allow us to glimpse another horizon than his death. That will not mean the demise of the planet, or even the annihilation of its most fractious creature, or perhaps the disappearance of all worlds, as is often heard. To think that with the disintegration of this world any possibility of life and even of sociability will disappear, only betrays the presence of a lot of arrogance combined with some negative ignorance (our world does not know that it does not know) or perhaps cynicism (it knows of its ignorance , but pretends not to). It doesn’t matter what the mix is. The important thing is that, as has happened with other collapses, after the fall of the current western or westernized world, our descendants will have to go through a Dark Age in which all previous references will have disappeared and in which other references will incubate and then light up. new. All this in several thousand years.

The disappearance of the old, the first phase of the long transit towards the rebirth of the next eon, will occur in less than two centuries, since all the information, deposited in clouds that depend on material and energetic supports between impossible and difficult to replace or sustain, will disappear quickly and without remedy, in the same way that the books themselves will do it, made with a paper of much worse quality than those of several centuries ago. So we will lose everything we thought we were in just a breath. In the same way, our enormous buildings, of worse consistency than the great works of previous civilizations, will collapse to become the sand from which they mainly came, although with pieces of wood and metal splattering their entrails. They will only remain. as a witness to our recent history, plastic islands scattered throughout the seas and millions of skeletons of cars, trains, planes and ships chaotically scattered across the five continents and their shores. All this will be testimony to a past that will gradually fade from the collective memory

Its emptiness will be filled by oral accounts about what happened to us and that will depict our trauma much better than the thoughtful analyzes that our experts are capable of carrying out today. We will also experience the nothingness and meaninglessness of all existence, both general and particular. Likewise, in that death that will be the Dark Ages, we will be reunited with our humus, with the compost that we are, with our terrestrial condition, perhaps also the stellar one, all of it forgotten, to be reborn again. Indeed, with the return to our most primary and elemental condition, we will once again pay attention to the air, the water, the earth and the sun or fire that, together with the spirit, surround us on the outside and also constitute us on the inside. That is the main teaching of the Upanisad in the East, still an object of study and inspiration, and also of the sages who preceded the birth of the logo in the West and which were hastily dispatched by the early philosophers. We will also look back with wonder and renewed curiosity at the stars from which we came. Likewise, we will experience being-with-one-another, the raw material of the social. And astonishment will also return at the miracle of life, which we will have to honor once again, taking note and not forgetting, as we have done in our current world, that it is inextricably linked to death and that between the two they form a mysterious origin and a indeterminate substance.

It is convenient to start preparing for that death prior to rebirth. Above all, at its most terrifying moment, the one in which nothing is and only nonsense roams. The problem is that, to accept it, you first have to wake up. At the moment, no indication points to such a thing. There is also no news or information about it coming from that establishment in which science itself and the opinion media occupy a prominent place. Does not matter. Even if there are no general awakenings and few if any local ones, this crazy world we inhabit will die and all of us with it. Nothing will pass us by. There is no other solution. Then we will be reborn, yes, as has always happened, but let’s not put the cart before the oxen, because a new world can only emerge after the death of the previous one.

we only have to die

Everything (or almost) about Rosalia, global superstar
The mind also goes on vacation: Sicily between landscapes and spirituality
Claudia Martín reacted to the pregnancy of Maite Perroni and Andrés Tovar with an unexpected respons...
Tweet
Share
Share
Pin