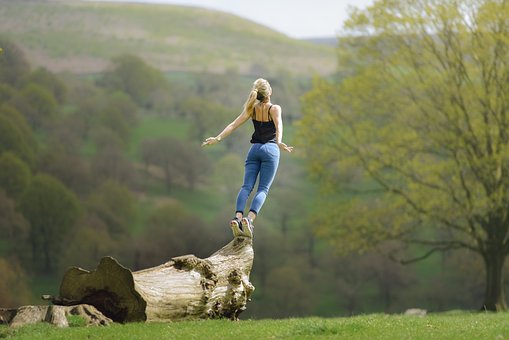 Professor Charles Taylor and his writings perform the miracle that every reversal of the common perspective accomplishes and in his case the revolution concerns secularization. It is on this that Taylor’s best-known book and also his last, published in 2007 and translated for Italy by Feltrinelli, L’Età Secolare focuses and it is no coincidence that it has become one of the essays that most marked the debate public in recent decades. Most of the writings of this Canadian philosopher (Montreal, born in 1931) – a student of Isaiah Berlin at Oxford and professor of Philosophy and Law at Northwestern University of Chicago and at the McGill University of Montreal, of which he is emeritus today – are translated into 20 languages ​​and range on problems ranging from artificial intelligence to language and ethics and multiculturalism (remember Roots of the ego, Feltrinelli, 1993, The discomfort of modernity, Laterza, 1994, The modernity of religion, Meltemi, 2004) . In 2007 he was awarded the Templeton prize, the same awarded among others to Mother Teresa of Calcutta and Aleksandr Solenicyn, and in 2019 the Ratzinger prize, precisely for his “breadth of vision” on secularization. In the almost 900 pages in which he describes his thesis on the secular age, he gives us an enlightening warning: precisely because it is assimilated as certain, the weakening of the sense of religious belonging has the road cleared. According to Taylor, however, the spiritual tension is unchanged, and if the cultural context no longer encourages it, we must work on the cultural context, not mourn the disappearance of something that has always been in us: on this tomorrow at 11, at the Catholic University in Milan, Charles Taylor will give a lectio entitled «Can only secularization save us? Faith and reason in the age of disenchantment». On the same day, together with Monsignor Claudio Giuliodori, the theology professor Julian Carron and professor Adriano Pessina, he will participate in the round table “Secularization and its challenges”.

Professor, you see secularization as a process of transformation and not a point of arrival for the faith. Is that so?

“Secularization as we understand it is situated in a precise geographical and political context. When we talk about us, we mean westerners. Most of us speak of our era as secular with nostalgia, referring to other eras in which faith prevailed as a fundamental social element. The abandonment of all religious practices and beliefs, people who distance themselves from God and no longer attend Church, public spaces stripped of God’s iconic presence. In these senses, yes, Europe has become secular”.

«I am interested in understanding in which cultural context our research and our religious experience operate».

“Because the new terrain of choice can become the occasion for the recomposition of the spiritual life in new forms and for new ways of existing both inside and outside the relationship with God”.

You speak of new languages ​​to be created for a dialogue, since the traditional ones have been abandoned.

«In the type of contemporary cultural context, what we need is the language of experience. The religious life or practice I refer to must not only be my choice, but must speak to me, must be perceived as meaningful in terms of the spiritual growth that I experience every day. I have, I feel the sense that there is something more other and deeper, of a fuller form. And I need to embody it».

He argues for a subtle spiritual language which he describes as a “creative form of religious practice”. He also finds examples in literature, in the spiritual research of Camus, Flannery O’Connor or the poet Gerard Hopkins.

«It’s about encouraging metaphorical forms of expression: a certain type of metaphor helps people find their own way, precisely because they try to define meaning that is beyond human. There are today a large number of movements that are able to make it very clear what kind of spiritual research they are doing, that gather organizations and individuals who want to respond to this research, that open a dialogue and allow this research to expand in society”. .

What is the question that this spiritual research asks?

“What kind of spiritual person do you want to become?”

However, we are in a context, especially post-pandemic, in which the inner crisis even affects mental health.

«Because we always seek meaning, yes. But we no longer understand what we are losing. For me, who I believe, it is clear looking at someone from the outside: I see that they feel a sense of emptiness and I can understand if they are religious. When people are in this state, someone should ask them What are you looking for?, in sympathetic listening. And so with young people: if the parents, if the traditional religions do not understand this research, it can happen that they are left alone”.

His words are innervated by a sort of spontaneous ecumenism. Is the war between religions back or not?

“We have to go beyond the idea that religion is a means of control: once we understand that we are all seekers, equal among others, we cooperate in the quest. Freedom is the condition for this research to take place. I don’t think relativism is the problem: there are too many fanatics, not too much relativism, in the world.”

“We are all seekers on the path of spirituality. And faith is the map”