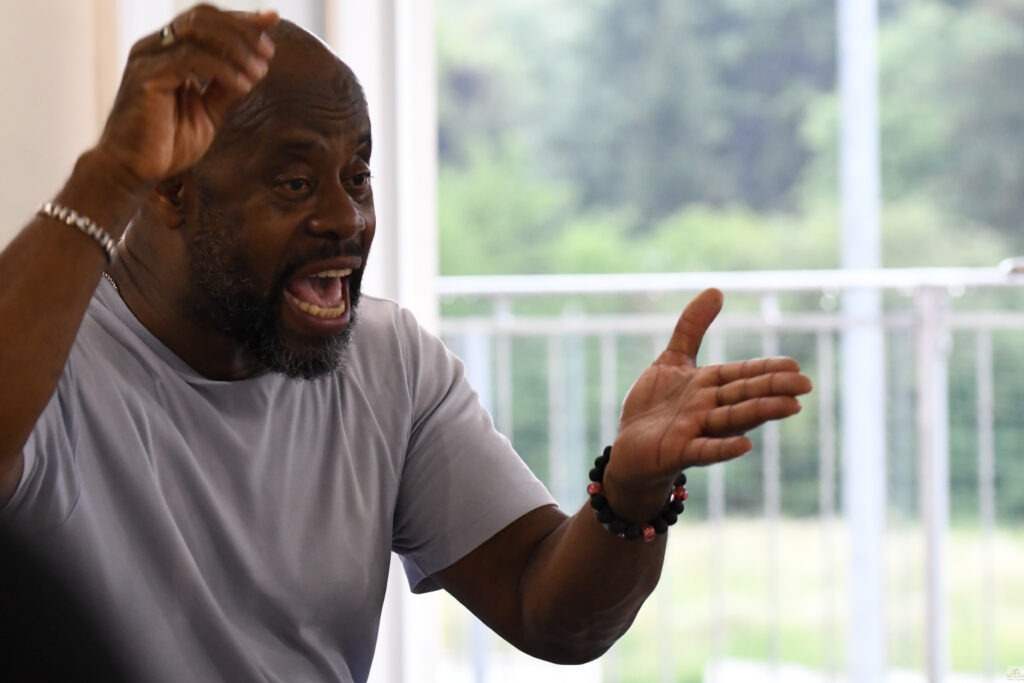 On 24 and 25 September the city of gold hosts again Bazil Meade, a great European gospel, between workshops at the Cultural Center and concert at the Teatro Sociale

It was June 2017 when the first ten-year adventure of “Gospel @ Valenza” ended, the festival that brought great European gospel artists to the city of gold, edition after edition, starting from 2008, with participants and audiences from all over Northern Italy and from abroad and with the involvement of numerous local businesses (restaurants, hotels, shops, printers, car rentals). After a five-year break, partly forced by the pandemic, the event returns to the city with a preview on the next 24 and 25 September.

The festival is organized by the Valencian choir of Joy Gospel Singers, fresh from their victory last July at the European Gospel Festival in Montegrotto Terme (PD), and by the association of the same name in collaboration with the Municipality of Valenza. The idea is to offer an experience of a high artistic level and intense human involvement, which is also an opportunity to experience our territory with a stronger sense of community and also make it known outside, with its peculiarities and possibilities of hospitality. Furthermore, the intention is to combine this event with fundraising for the Onlus “Still I Rise”, of which the JGS are ambassadors. Honorary guest of this preview is none other than the Reverend Bazil Meade of London, mentor of the Valencian choir and historical godfather of the event.

Meade is the founder of the London Community Gospel Choir, one of the most important choral ensembles on the European scene that just a few months ago performed in front of Buckingham Palace on the occasion of the platinum jubilee of Queen Elizabeth II, who recently passed away. In 2018 he also received from the royal family the honor as Member of the Order of the British Empire (MBE) for his artistic merits and the role he played in the development of the British gospel.

Bazil Meade will conduct, on Saturday 24th from 9 to 12 and from 14 to 16, at the Municipal Center of Culture of Valenza, a choral workshop open to singers of all levels, to which a good number of people have already joined, even from outside the province . On the same day, at 9 pm at the Teatro Sociale, the Joy Gospel Singers concert will be held (single seat numbered 10 euros) which will see interventions by the international guest as well as a grand finale with the participation of all those enrolled in the workshop, engaged in the performance of the songs learned during the day.

The festival will close on Sunday 25, again at the Municipal Center of Culture in Piazza 31 Martiri, with the Sunday Morning Worship, a moment of spirituality and meditation led by Reverend Meade, from 10 to 12 with free admission.

The event this September is intended as a launch of Gospel @ Valenza 2023.

It is still possible to register for the choral workshop via the online form at the following link: GOSPEL @ VALENZA 2.0 Preview Workshop Registration Form (google.com)

Tickets for the concert on Saturday 24th can be booked by filling out the form at the following link and then paid and collected on the evening of the event, directly at the ticket office of the Teatro Sociale: GOSPEL @ VALENZA 2.0 Preview Ticket Booking – GOSPEL Concert (google.com)

For any information regarding the event write to thejoygospelsingers@gmail.com.