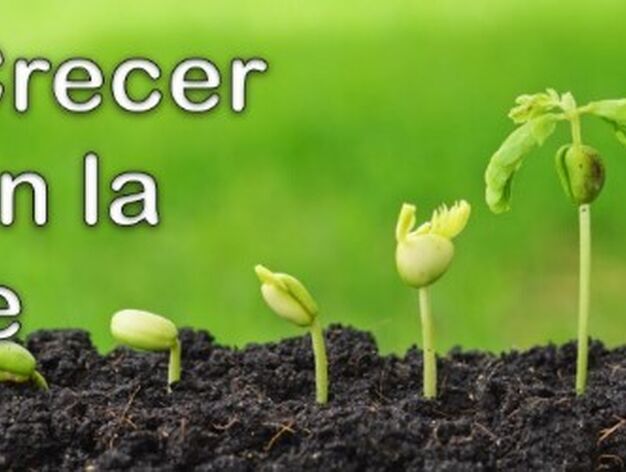 With the beginning of the year and the renewal that is invited in all things, it would be good to propose a renewal of our faith, a return to give it a boost that makes it more current, more relevant, more adjusted to current times. All this not because of snobbery or something passing, but because we continually have to update ourselves in all aspects, but also because the crisis of the church and of the testimony of Christians is a reality. Although groups that summon young people emerge or some pastorals are strengthened, the global panorama is not very encouraging. Fewer and fewer people find meaning in living their faith within the Catholic Church and, much less, in the practice of the sacraments, Sunday Mass and many other expressions of faith.. What could we do to renew our faith from within and offer it to our contemporaries?

There are no magical recipes to offer and any word that is said will fall short and, furthermore, the same does not apply to so many different contexts. But let’s propose some possible ones. First, let us refer to the Holy Scripture. People keep looking for “wisdom books”, “self-help books”, etc., because they need to give meaning to their lives, even if they do not do so within the Catholic Church. Sacred Scripture is the testimony of a people who found the meaning of their life in faith in the living God and present in history, and bears witness to thisin different literary genres, with multiple life experiences, with many different resources with the aim of reaching the recipients of their time and of all times. We believers consider this testimony of life as the word of God, a privileged expression of God’s desire for humanity.. But What happens that Catholics do not manage to appropriate the Bible, they do not manage to understand it, it does not seem to offer them those words of wisdom that they seek? I think one of the answers is that as long as we do not present it, making use of current exegetical and literary resources to understand it well, it cannot but remain in the penumbra of incomprehension and outdated for today’s people. We are not in times of attracting others by the power of “authority”: “so God sends it”, but by the attitude of dialogue and free offer of illuminating proposals that make sense when they are not imposed, but are properly interpreted . In the Bible we cannot find specific answers on one subject or another and even less on current problems -totally absent from Biblical times- but we can ask about the meaning of God’s action in the face of the events of those times and discern what would be the meaning for our times.

Second, there is the question of the participation of all the people of God in the march of the Church. The hierarchy, and specifically Francis, feels that the asymmetry between the different members of the Church can no longer be maintained. The synodality proposal is an effort to open spaces, however, there is still much resistance that the same working document on synodality shows by continuing to maintain the difference between “all” (laity), between “some” (bishops) and between “one” (Pope). Of course The different ministries do not have to be erased, but these must be for the service of all and not for the power of some. As long as the decision-making levels continue to be concentrated in the hierarchy, co-responsibility is not lived and fewer people feel called to participate in an institution that does not take steps in the direction of fuller participation for all its members.. This depends not only on the hierarchy but on the laity itself. We have to appropriate the baptism that we have received and that makes us partakers of the priesthood, prophecy and reign of Christ himself; that is, we are not second-class members, much less trustees of the mission, but agents of the same mission. That’s whyIt is essential to give our word and take seriously the lay role that has been so absent in the Church of our time.

Third, it is very important to review the political performance of Christians. It is not necessary to identify faith with politics in the sense of making a believing policy -as the ultra-conservative forces claim time and again- but seek that the person of faith has sufficient clarity to support democratic processes and the changes necessary to achieve social justice. It is not enough to have the fundamentalist position of opposing bills that differ from Catholic morality -without looking at the set of proposals- because it falls into a moral fundamentalism that denies the pluralistic and diverse vision that today is a sign of the times irreversible in our world today.

In regards to cultivation of spirituality, the rigid, solemn liturgies, with only the clergy as protagonists -although they attract some- are saying almost nothing to today’s youth, except for those who are in great need of authority and security. This does not mean that the rituals and spaces of praise or connection with creation that are made from other spiritualities do not have many forms and steps to follow that are also sometimes too extravagant, but perhaps the contents that they convey are closer. to what people need, seek, want. The truth is that more and more people assume other practices that are called spirituality (sometimes without God) and less what is established in the liturgy. It is necessary to rethink and update it, not because of fashion but because a faith that, in its expressions, does not connect with life, loses its meaning.

Finally, each one could give different initiatives to give a new impetus to our faith and our ecclesial life. The so-called “Francis spring” has not just taken hold because there are many resistances, but also because more than one Christian does not see the urgency of revitalizing our faith and updating it for today.remaining in blaming the current reality -that something influences, of course- without taking responsibility for the necessary updating that each time demands of all realities, including the faith that we profess.

Update our faith as a requirement of each present time