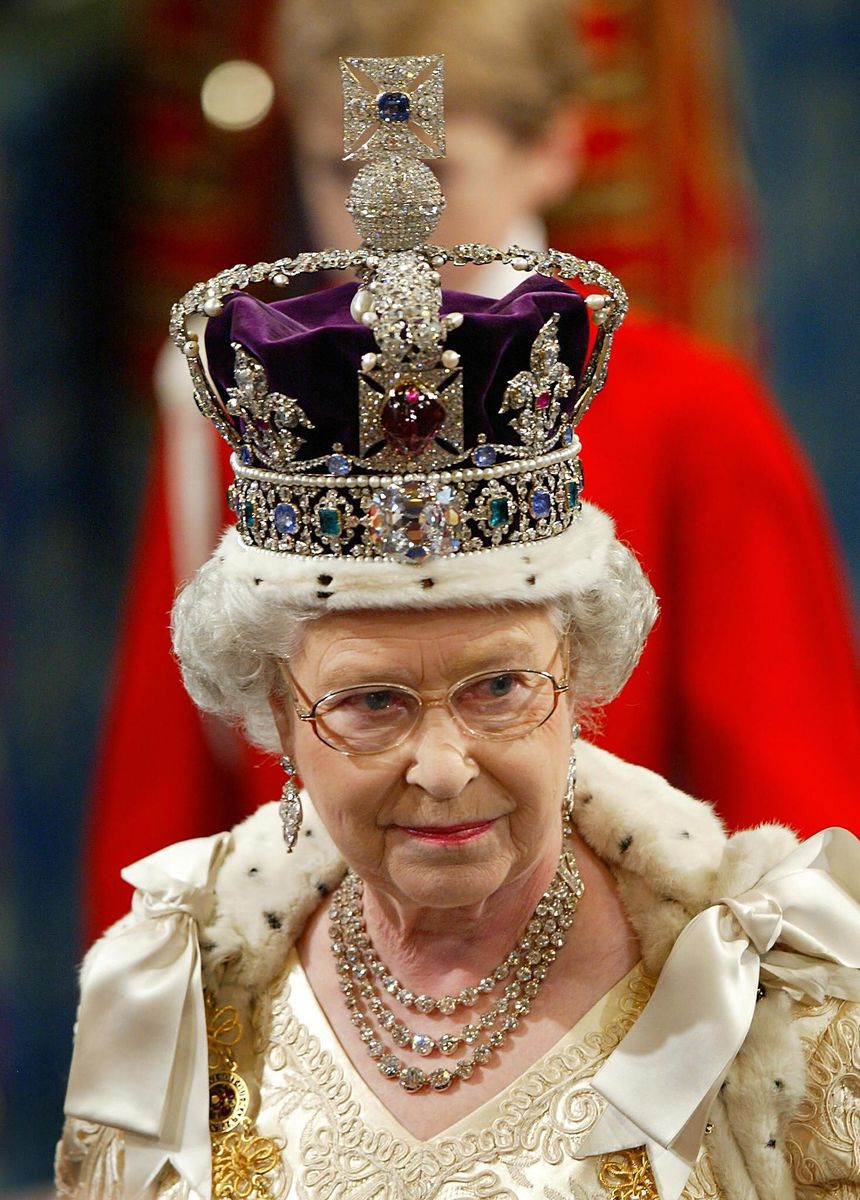 UK: The crown jewels, key elements of the ceremony

From the imperial ceremonial crown to that of Saint Edward, the crown jewels will be used throughout the coronation ceremony of Charles III.

Symbols of power and spirituality, the British crown jewels, kept under close surveillance at the Tower of London, will leave the famous monument to be used during the coronation of Charles III, proclaimed king this Saturday, succeeding his mother, Elizabeth II , died Thursday.

The Imperial State Crown was created for the coronation of King George VI in 1937. It was the crown worn by Elizabeth II following her coronation. The Queen also used it on other occasions, such as when she officially opened Parliament.

Weighing just over a kilo and measuring 31.5 centimeters high, this imposing crown is set with 2868 diamonds, 17 sapphires, 11 emeralds, 269 pearls and four rubies.

Created for the coronation of Charles II in 1661, this gold scepter is surmounted by a dove with outstretched wings, perched on a cross to symbolize the Holy Spirit. It represents the spiritual and pastoral role of the sovereign. 110 centimeters long, it weighs 1150 grams.

This scepter represents the temporal power of the sovereign. It has been used at each coronation since that of Charles II in 1661. It weighs 1170 grams for 92 centimeters long. In 1911, the impressive Cullinan I diamond, weighing 530.2 carats, was added. A diamond so large that the scepter had to be reinforced to support its weight.

This globe surmounted by a cross symbolizes the Christian world. It consists of a hollow gold sphere set with emeralds, rubies and sapphires surrounded by diamonds and framed by two rows of pearls. A cross set with diamonds with, on one side, a sapphire in the center and, on the other, an emerald surmounts the globe.

During the coronation ceremony, the orb is placed in the right hand of the monarch, before being placed on the altar. The orb is 27.5 centimeters high and weighs 1320 grams.

This golden object in the shape of an eagle with outstretched wings contains the consecrated oil used during the sovereign’s anointing. The Archbishop of Canterbury pours oil from the eagle’s head into a spoon and anoints the monarch’s hands, chest and head in what is the holiest moment of the coronation ceremony.

The figure of the eagle comes from a legend according to which the Virgin Mary appeared to Saint Thomas Becket and gave him a golden eagle and a vial of oil intended for the anointing of future kings of England.

These gold spurs, symbolizing chivalry, have been used since the coronation of Richard the Lionheart in 1189. They are attached to the ankles of sovereigns, and in the case of queens simply placed on the altar.

This gold ring was made for the coronation of William IV in 1831. It is composed of a sapphire surrounded by diamonds and encrusted with rubies forming a cross. During the coronation ceremony, it is placed on the sovereign’s ring finger by the archbishop, as a sign of “royal dignity”.

Made for the coronation of Charles II, the crown of Saint Edward is the most important and most sacred of all crowns. It is only used at the very moment of the coronation. This solid gold crown set with semi-precious stones, including rubies, amethysts and sapphires, and fitted with an ermine band, is particularly heavy to wear: it weighs more than two kilos.

United Kingdom: The crown jewels, key elements of the ceremony