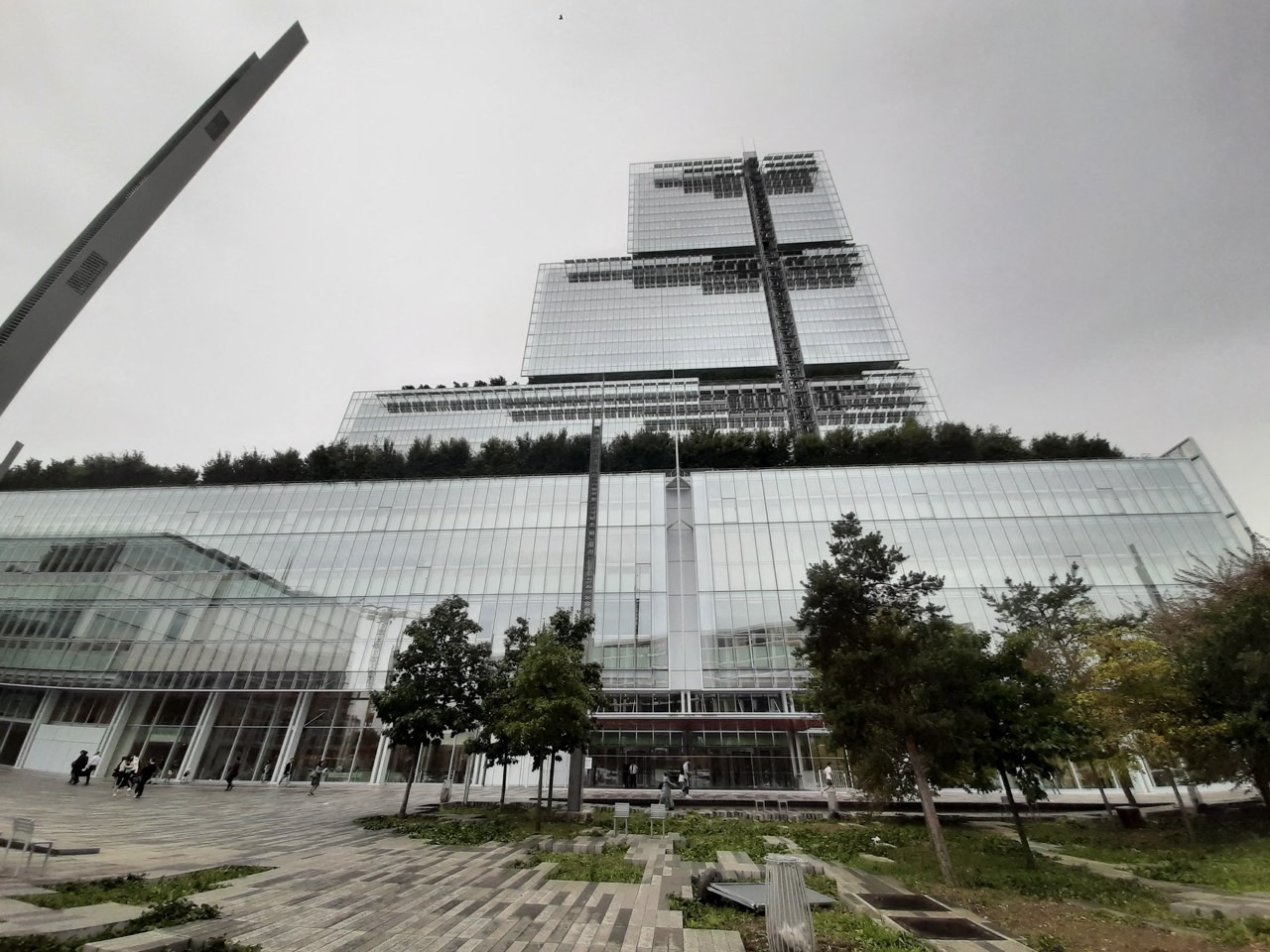 This Monday, October 3, 2022 began at the court of Paris the trial ofElysee Ade“guru” of a sect prosecuted for abuse of weakness and aggravated sexual assault. On this first day of hearing, victims came to testify, telling how from a simple Kung-fu lesson at Villette Parkdozens of people sank in a physical and psychological control total where the conspiracy mingles with most sordid sexual theories.

In the courtroom, the atmosphere was more than heavy. Far from having broken with the precepts taught, a very large support committee was present alongside the main defendant. many men, shaved heads, some wearing Chinese-patterned jackets, and women dyed blondes or brunettes, formed a compact mass. According to the victims’ lawyer, several people did not dare to testifyby fear.

For Bertrand*, it all starts with a jog at La Villette. In 2001, this sporty man was doing his Sunday morning run and came across a group of people, led by Élysée Ade. They practice the Kung Fu. Bertrand decides to join them, as he explains at the helm: “It was free and I was very open. The activity lasted several years and courses in Chinese spirituality were gradually set up alongside.

In these courses, Élysée Ade, speaks in a professorial way on Taoism or acupuncture. At the same time, Kung-fu lessons are becoming more and more demanding: two hours on Friday evening and four hours on Sunday morning. One day, Élysée Ade leans towards Bertrand and offers to see him alone, to help him heal from his problems.

For Bertrand, then, for six years, weekly sessions of alternative psychology began at 50 euros per session. At these sessions, Élysée Ade talks about spirituality, energy transfer and does not hesitate to turn patients against their loved ones: “he constantly spoke to us about the ego, as the source of our misfortunes which we had to get rid of. He also pitted me against my father,” says Bertrand.

More and more, the speeches become eccentric, at the rate of the grip exerted on the members. Élysée Ade explains in his lessons that he had several previous lives and that he is a Archangel. His theories develop a classification close to racism: the leader being an alpha, while the worst people, sometimes cataloged on their ethnic origins, were the epsilon, binds of the company. “The disabled were good for them, because in their previous life, they had to do things that weren’t very clear according to him,” explains Céline*, another witness at the helm.

To these spiritual sermons are added projects. First a glamorous magazine, where “wisdom meets elegance” which is a “flop” despite the investment required of certain members of the group, including €10,000 to Bertrand. Then, a business consulting project, also aborted.

According to Bertrand, the sermons become more and more violent and apocalyptic: “He explained to us that we were in the matrix managed by the illuminati, the Jews or the Jesuits. We were in the midst of the subprime crisis. You had to withdraw your money from the banks and invest in precious metals or financial plans in Burgundy”, develops Bertrand.

The Kung-fu classes also become very intensive. Élysée Ade does not hesitate to insult the participants: “you suck”, “you are going to die”. Group members become soldiers of light. Any criticism is reported to the chef. The outfits are compulsory. To those who doubt, the answers are violent: “Go out into the world, see how it goes. You’ll come crawling back.” Members are invited to move to the 19th arrondissement, to be closer to the lessons.

A departure tinged with violence

Bertrand is one of those who doubt. One day he explains to another member that he does not believe in this story of chemtrails (chemicals supposedly dropped by planes to kill people). She replies: “If you doubt that, you doubt everything that Élysée said, and that, no one can accept it”. The same evening, Bertrand is summoned. He must go.

Already struck by the violence of the break, the victim explains at the bar that he wanted to recover his 10,000 euros. A torrent of insulting and threatening emails followed. “You are in the realm of your ego”, “you are a cosmic insult” or even “you are nothing but shit”. This wave of violence affects Bertrand psychologically: “When you see your closest friends become a pack, it’s scary”. He decides to go to the police station in 2012. This will launch the long procedure leading to this trial. The hearing is to be held until October 10.

Was this article helpful to you? Know that you can follow Actu Paris in space My News . In one click, after registration, you will find all the news of your favorite cities and brands.

Trial of a sect guru in Paris: the victims tell their ordeal under the eyes of the faithful

PHOTOS: These are the key jewels in the coronation of King Carlos III
Ángel Flores School, from pantheon to architectural relic of Sinaloa
L’essence éternelle de My Sleeping Karma
Tweet
Share
Share
Pin