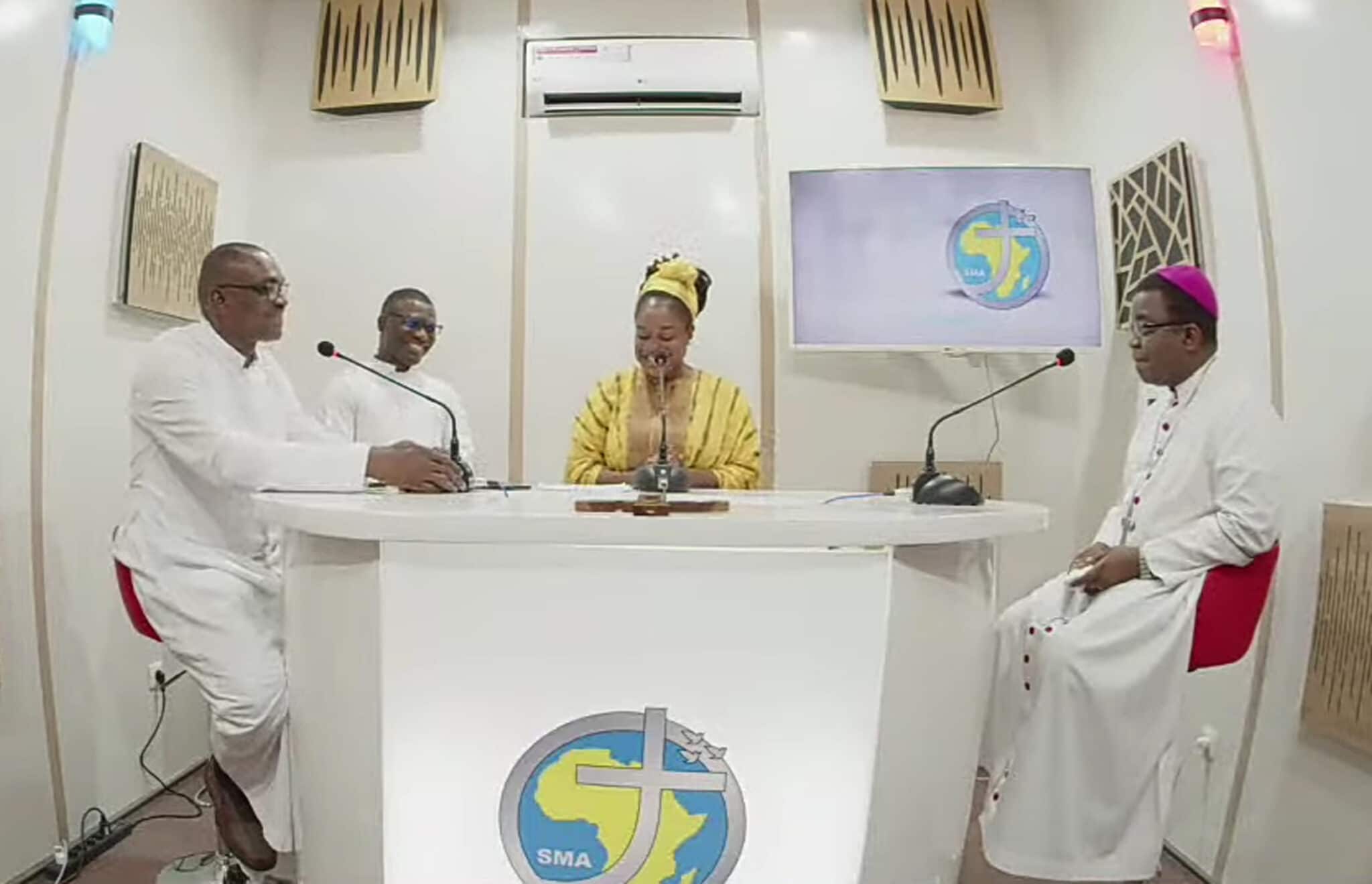 The first broadcast of SMA Web Tv Togo, live, on the occasion of its inauguration in Lomé (Togo)/Screen capture/Charles Ayetan/LCA

The province of the Society of African Missions (SMA) in Togo has just launched an online television channel. An instrument of evangelization, information and communion at the service of the Church and the peoples, according to its promoters.

On Sunday, June 19, in the evening, the Archbishop of Lomé, Mgr Nicodème Barrigah-Bénissan blessed and inaugurated the SMA Web TV Togo, whose studio is located in the provincial house of this institute in Bè-Klikamé, in the presence of the provincial , Father Fabien Sognon and the promoter of this new chain, Father Odilon Amenyaglo.

” The command given by Jesus to go throughout the whole world to announce the good news is not limited to the apostles and disciples who had listened to him that day. It is an order that has crossed the ages and that joins us today “, said Bishop Barrigah, bishop in charge of the means of communication within the Conference of Bishops of Togo.

For him, ” missionaries no longer have to take boats, planes, ride camels or donkeys, take horses or canoes to proclaim the good news “. Because, he added, technology today makes it possible to use other channels to spread the Good News “.

The voice and the image bring the Gospel

Information and communication technologies are evolving very rapidly and offer many opportunities. ” Today, it is enough to press a button, to take a microphone in hand in front of a camera, so that all over the world the voice and the image bring the Gospel to the hearts, even to the smallest devices we have available remarked Bishop Barrigah.

To read: In Côte d’Ivoire, many Catholic media at the service of evangelization

In the concert of new means of communication, we have a place to conquer; we must not only be consumers, but we must put technology at the service of evangelization “, he asks, before thanking the initiators and partners of this project.

After this ceremony, the very first program on this channel was hosted by a well-known voice on stage, that of Adjo’a Sika, a musical artist and passionate about communication. The Archbishop of Lomé, the Provincial SMA and the promoter of this media are the first guests.

“The garment makes the monk”

Father Odilon Amenyaglo quoted some broadcasts from the channel. There are plans for spirituality programs such as “ Daily speech », but also socio-educational programs such as “The Laughter Platter”“ We don’t cry “. The show ” The habit makes the monk » is intended to be an appointment for the discovery of missionaries, pioneers of the Church from here and elsewhere.

” I am very happy that this studio is opening its doors and we really hope to reach the faithful, young people, etc. », confided Father Fabien Sognon who expresses the wish ” that the Gospel be brought closer to families “.

Faithful lay members of the Amicale SMA, an association of faithful who support the missionaries, François Dekadjevi and Benjamin Kougblénou, also had the honor of being welcomed live on this new TV set. ” The information and the good news will be brought even to the most remote hamlets, thanks to new communication tools such as smartphones. “, rejoices François Dekadjevi, president of this friendly.

Togo: the Society of African Missions launches its Web TV