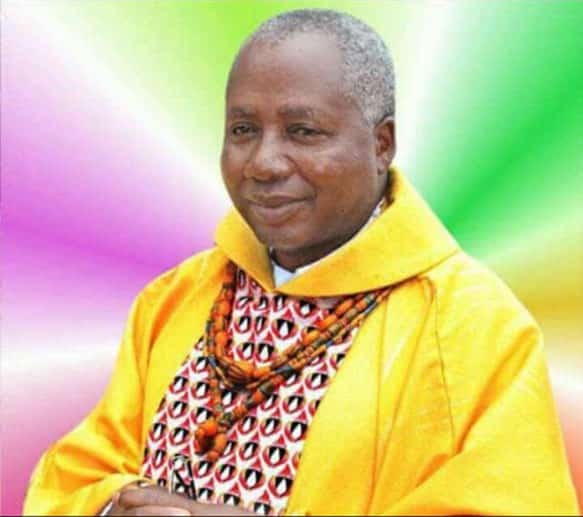 Appointed new bishop of Atakpamé, in Togo, on October 26, Bishop Moïse Touho says he is ready to face the challenges of his diocese, without fear and with all the faithful, priests and consecrated persons.

” To tell the truth, I was surprised by the announcement of my nomination as the new bishop of Atakpamé and I give thanks to God “, said to The Cross Africa, Bishop Moïse Touho, 59, a few days after his appointment on October 26 by Pope Francis. ” I know the load is heavy and delicate; but as it is a work that is done as a team, I am confident in the clergy, the consecrated persons and the lay faithful to succeed together in the service to be accomplished “, he added.

Indeed, the new bishop has a long pastoral experience as administrator and then parish priest of several parishes for many years. ” The challenges are enormous but we are not afraid; for nothing is impossible with God (Luke 1:37) “, he says.

Among the many challenges that await him, he cites growing poverty, the pastoral care of priests in rural areas that are difficult to access, churches, schools, presbyteries to be built, parishes without electricity, villages without infrastructure. He also evokes the derisory salary of Catholic teachers, the condition of the elderly, young people who abandon the countryside for cities where their life often deteriorates, religious syncretism, the problem of finance in the Church.

” The office of bishop is a heavy responsibility and the challenges that await me are many. “, he acknowledges, reassured of the” good understanding between priests, consecrated persons and all the Christian people “. ” But, I am sure that if we put all our potentialities at the service of the Kingdom of God, we will succeed “, he says.

Moïse Touho was born on December 31, 1963 in Tomegbe, a village located 95 km from the city of Atakpamé, in the plateau region of Togo. He studied at the major seminary of Saint-Gall in Ouidah, Benin, then at the seminary of Cremona in Italy, where he was ordained a priest on June 27, 1992 on behalf of the diocese of Atakpamé.

Returning to Togo, Father Moïse Touho served his diocese successively as parochial vicar in Blitta (1993-1994), parish administrator of Kpékplémé (1994-1995), then private secretary to the apostolic administrator of Atakpamé (1995-1998).

He was sent to continue his studies at the Pontifical Salesian University in Rome (1998-2000) where he obtained a degree in spiritual theology. Then he returned to his diocese to take charge of the spirituality center of Agbandi (2000-2002), parish administrator (2002-2006) then parish priest of Saint Augustin in Agadji (2006-2017). Since 2017, he had worked as parish priest of Saint-François-Xavier in Badou, 85 km from Atakpamé, while being a member of the presbyteral council and vicar forain.