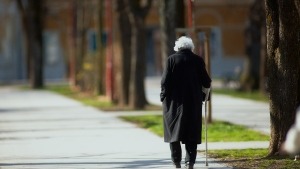 A CCNE member from the research sector, Gilles Adda is one of the signatories who expressed a “reservation” on opinion 139 in favor of “a way for an ethical application of active assistance in dying”. He explains to Aleteia the reasons behind his decision.According to him, we are not sure that access to palliative care is a reality.

CCNE, after a year of work, published Tuesday, September 13, 2022 an opinion whose title is “Ethical questions relating to end-of-life situations: autonomy and solidarity”, and which in practice goes far beyond, and decides on the possibility of a modification of the current law, in order to allow the in place of active assistance in dying, with very strict conditions and supervision. Member of CCNE since the end of 2017, I did not participate in the working group that prepared this opinion, but I have actively participated in the discussions and requests for modifications that have taken place since the start of the presentation of the text, in as a member of the plenary and of the technical section of CCNE. I will not detail here the content of this rather remarkable text, which I encourage everyone to read, because it perfectly details the current situation and the ethical tensions.

However, very quickly in the discussions around this text, a fundamental disagreement appeared on the purpose of this opinion; while the text is resolutely placed in the perspective of providing the legislator with avenues for best regulating assisted suicide, some members thought that this prospect of modifying the law not only was not currently possible, but that moreover, it was not the role of the CCNE to anticipate it. Once the main text had been voted on, several members deemed it necessary to record these disagreements in a text entitled “Reserve”. I will not repeat here the precise content of the arguments which led us to, on the one hand, agree with almost all of the text in its observation and its ethical analysis of the situation, in the continuity of the previous works of the CCNE, on the other hand disagreeing with the wording of the recommendations, and in particular that “there is a way for an ethical application of active assistance in dying, under certain strict conditions”.

The time had not come to have this debate, necessary, which could precisely put in tension the different ways of seeing life and death in the light of the convictions of each one.

I cannot speak for the other signatories of the text, but my motivation was not a question of spirituality. My analysis was that the time had not come to have this necessary debate, which could precisely put into tension the different ways of seeing life and death in the light of each person’s convictions, because the conditions necessary for this debate were not met.

This is not the moment

Now is not the time, because the current laws are poorly known and poorly applied, in particular those concerning palliative care; not the moment given the state of the hospital and the health care system in general, and the state of ethical suffering of the caregivers; not the moment, because our role as CCNE is first of all to ethically enlighten the public debate, not to precede it when it is not necessary. But, as a researcher, I would especially like to emphasize that now is not the time because our scientific knowledge on the subject is much too fragmented, almost zero as far as France is concerned. CCNE, with a large number of members from the wider research world, bases its opinions primarily on what science says; this is one of its specificities.

For years, CCNE has been calling on this subject both for better dissemination of palliative care, for better knowledge of the laws, but also for conducting the necessary studies on these potential requests for assisted dying, in order to shed light on the debate. If certain visible and publicized cases seem to question the possibility of supporting these people humanely, what other cases, invisible, which are often requests to stop suffering? Without this study, and the certainty that access to palliative care is a reality, we have no way of anticipating the impact of this opening on the care system, and on the way in which it will modify the end of life. of our compatriots.