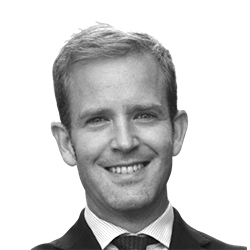 Correspondent in the Vatican

A few days before the NATO summit in Madrid, but without mentioning it explicitly, the Pope has assured that he is concerned about the lack of “a global peace project”, and that peace based on the “balance of arms or the reciprocal fear” is to return to the cold war.

In one of his most forceful interventions on the current situation, the Pope recalled that “the world needs peace.

Not a peace based on the balance of arms, nor on reciprocal fear, because that will not do. This is turning history back seventy years”, referring to the beginning of the cold war.

Francis challenged world leaders, telling them that “the Ukrainian crisis should have been, but – if you like – it can still become, a challenge to wise statesmen, capable of building a better world through dialogue for the new generations. With God’s help, this is always possible.”

The Pope has urged to “move from strategies of political, economic and military power to a project of global peace: not to a world divided between powers in conflict; yes to a united world between peoples and civilizations that respect each other».

On the other hand, the Pope should have celebrated mass in Kinshasa today to pray for peace in the Democratic Republic of the Congo and in South Sudan, but he had to cancel the trip due to his knee injury. As a gesture to these two countries, he celebrated it this Sunday in the Vatican basilica following the Congolese rite.

Some two thousand pilgrims from these two countries, moved and moved, have prayed dancing, applauding, singing and waving the flags of the region, in a very musical ceremony, with an unusual style in the Vatican, but equally full of spirituality.

“Bobóto”, the Pope began imploring peace. “Esengo”, (“Joy”), the surprised pilgrims responded with applause and shouts of enthusiasm. “Today, dear brothers and sisters, let us pray for peace and reconciliation in your homeland, in the Democratic Republic of the Congo, so wounded and exploited,” the pontiff proposed.

Evoking the intentions of his trip to Africa, he recalled that Christians must be distinguished from other people by “work to bring peace”. “If, on the other hand, we spread gossip and suspicion, we create divisions, we hinder communion, we put our belonging before everything, we are not acting in the name of Jesus. Those who foster resentment, incite hatred, go over others, do not work for Jesus, do not bring peace.

Francis has asked them to avoid tribalism and to be willing to work to forgive the great and small conflicts of the past. “Peace begins with us; it begins with you and me, with each one of us, with each one of our hearts », he explained. He has told them that society will change “if your heart is not at war, it is not armed with resentment and anger, it is not divided, it is not double, it is not false. It is about putting peace and order in the heart, deactivating greed, extinguishing hatred and resentment, fleeing from corruption, fleeing from deception and cunning.

He reminded them that in the Gospel, Christ asks his disciples to be lambs and not wolves. «This does not mean being naive – no, please! – otherwise abhor all instinct of supremacy and arroganceof greed and possession.

The Pope has been in and out of the ceremony in a wheelchair, but he looked good and was moved during this ceremony that he would have preferred to celebrate in the heart of Africa.

The Pope, after the NATO summit: “Peace is not built on the balance of arms or on reciprocal fear”