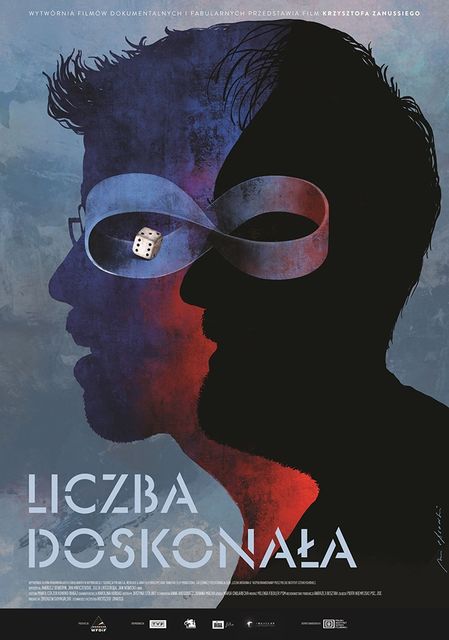 Presented as a special screening at the Tallinn Black Nights Film Festival 2022, The Perfect Number is the latest work by the historic Polish director Krzysztof Zanussi who can look back on a fifty-year career. In the form of a dialogue between different conceptions of the world, the director ends up demonstrating the sterility of a purely scientistic vision of things, however lapsing into some easy schematism.

There are more things in heaven and on earth

In Jerusalem, the well-to-do Joachim “miraculously” escaped an explosion, having moved for a moment from the point of the explosion for a phone call. On the other end of the phone is David, his young cousin who lives in Poland. David is a brilliant mathematician, Joachin’s only relative who offers him a huge amount of money as a gift. But David rejects the opportunity, not wanting to change his life. [sinossi]

There are more things in heaven and earth, Horatio, than your philosophy imagines. The famous sentence pronounced by Hamlet to his friend, skeptical of the appearance of a ghost, is one of the many Shakespearean maxims. At the time of the great Bardo science was not yet a discipline in itself, but today we could easily replace it with the word philosophy, in countering the scientistic claim to be able to exhaust the understanding of the world. This is the conclusion reached by Krzysztof Zanussi, the historic Polish filmmaker, active for over half a century, with the film The Perfect Number (original title is Liczba doskonala), co-produced with Israel and Italy, presented as a special event at PÖFF 2022. The structure of the film could recall the dialectic with which Thomas Aquinas comes to prove the existence of God, where the figure of the insipiens is represented by scientist, from the mathematician, in the figure of the fascinating young David, who teaches the Fibonacci sequence, already shown at the beginning with a bare chest with a perfect physique: the seductive power of scientific rationality.

Zanussi plays a dialectical game comparing the different visions of the world, the different ways of understanding life, natural phenomena of the history of knowledge. The perfect number, the Fibonacci numbers: the purity of mathematics. But a perfection that is not unbreakable. Joachin escapes the explosion by pure chance or is there the hand of a superior providence? If God did not exist then there would be no sins either? There are several questions posed in the film. But the biggest question appears to be meta-cinematographic. Zanussi’s work can be compared to that of his Polish colleague Krzysztof Kieślowski for his ability to lift the highest systems of human thought. Both filmmakers, linked by a relationship of friendship and collaboration, dispute the all-encompassing claim of scientific knowledge, and that of being able to do without spirituality, metaphysics, God. Decalogue 1 and the figure of Krzysztof, mocked in his scientific fideism, with the death of his little son drowned in the frozen lake, which should not have broken according to his mathematical simulations. But Zanussi wants to go further and even surpass this colleague’s position. It’s just the same David, Krzysztof’s equivalent of Decalogue 1, to quote and narrate that film, while Joachin highlights its paradox. How can God be so cruel as to punish the character by making him die his son to put him in front of his foolishness?

It is difficult to imagine, given the well-known religious convictions of the director, who is even a member of the Pontifical Culture commission in the Vatican, that he could set up a problem while leaving it open. Zanussi takes sides against a vision of the world devoid of spirituality. He uses an elegant direction, makes extensive use of tracking shots, but exceeds the schematism and sometimes expires in laughable situations, such as when David begins to levitate in the air. There is the game of dice as an easy metaphor, the mathematician’s house full of objects of mathematical or physical demonstrations. And then the fact that she interrupts a sexual relationship taken from his meditations and lucubrations. In the end, Zanussi’s is another theorem, just like those on which scientific thought is based as well as the philosophy of Horace, which he would like to oppose.

info
The Perfect Number on the site of the PÖFF 2022.