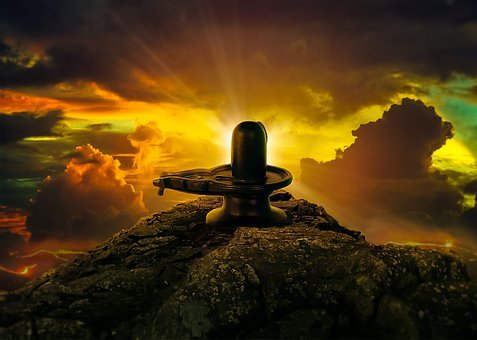 It is not out of place at all under the clay vaults of the hermitages: it treasures a certain aspect of an anchorite with its white Pantocrator beard and its deep, intense gaze, at times unfathomable. He admits that when he takes refuge in these natural caves that were, according to legend, the shelter of Saint Caprasio, Saint Valentine and Saint Pia, martyrs of persecuted Christianity, he feels peace, a recollection that connects him with a certain spirituality, a kind of concentration on that contributes the telluric silence of these natural rooms, a whim of nature. He recognizes that he feels privileged to be able to live whenever he wants such unique rooms, perfectly habitable. “He was crazy when he was young,” confesses the artist SegundoEscolar in reference to his condition as owner of the three interconnected hermitages that overlook the Beliforano farmhouse with a perfect balcony.

The September evening sun plays at making shadows inside the grotto, where Escolar moves with ease leaning on his cane. He has a huge collection of ceramic vessels that adorn every corner of this unique space; in the largest room there is a large table with chairs; in the deepest, the cellar; in another, the kitchen with fireplace and a bathroom. “You could live here perfectly. And the temperature is always the same, both in summer and in winter: around 16 degrees », he says with a beatific smile. The sculptor and painter arrived in Belorado almost half a century ago. At the foot of the promontory called Caprás a huge house was built, where the workshop where he has worked all his life is located. In the end, he found out that the State was auctioning off the land on which the hermitages are located. And he bought them. «I thought it was a nice space, which could be enabled as a room to spend time in summer, for example. I have three deeds: one from the Official State Gazette, another from the Official Gazette of the Province and another from the Property Registry».

He did not hesitate, shortly after and respecting the configuration of the caves, to carry out an intervention that would integrate these into his estate, that is, to convert them almost into one more room in the house. “The only thing I did was put the floor, windows, doors and make it habitable. Nothing else was touched, as you can see. The caves are intact », he says, pointing around with his staff. He remembers that one of the hermitages was covered with adobe. “It is said that around the third century these martyrs were here, who arrived through the Camino de Santiago,” explains Escolar. When he discovered the caves, someone also told him that the ‘Moors’ had hidden a treasure in them. “Everything was legends around this site. But I can assure you that there is no treasure.

At some point he considered locating a small workshop in the hermitages, an idea that he finally rejected; he also built a kind of pantheon inside it for his daughter Lidia. None of this was carried out: the caves have been and continue to be the scene of family reunions and friends from Segundo Escolar. Lunches, dinners, snacks, dinners… «This is like a cave cathedral, like a cathedral of time. Hermits were not fools. Escolar is aware that he enjoys a privilege that, for the sake of private property, is forbidden to others. “People who have visited them have always been surprised, they have been astonished. I understand that many people would like to visit it, but it is a complex matter. For this place to be open to visitors, I would have to get rid of everything, I cannot commit to something like that, in addition to the fact that important work would have to be done to improve access, its security », he admits.

When the artist takes refuge in hermitages, he does so in search of tranquility. «I like it, because it gives me peace. I think he would be able to live here. This silence, this recollection… It helps you look for yourself. I understand hermits. These places are really special. And it is true that I am a person in some spiritual way, without losing the animal condition, of course. The human being always seeks spirituality and I find it here. I’m not talking about doctrines: they kick me all ». Second School looks around him, at these cavities that make him a home when he seeks to find himself. He feels comfortable. Now open a window, and the view is fabulous: the roofs of Belorado, the belfries of the churches, the Tirón basin… The view is magnificent despite the fact that the afternoon sun dominates the front, scratching the eyes» .

This secret jewel of Belorado, proudly says its owner and inhabitant, must have been important for centuries, especially during the heyday of the Camino de Santiago, back in the 11th century. So much so that hermitages are mentioned in the famous Codex Calixtinus ( the one that was stolen and later recovered) and that is an illuminated manuscript that collects texts related to the apostle Santiago and who was a guide for pilgrims. «It is the first tourist guide of the Camino de Santiago. Belorado and these caves are mentioned,” he adds proudly.

The owner of a secret treasure